India Coronavirus Update: India detected a record 97,894 cases of the novel coronavirus in the 24 hours ending 9 am Thursday, taking its tally to over 51 lakh. 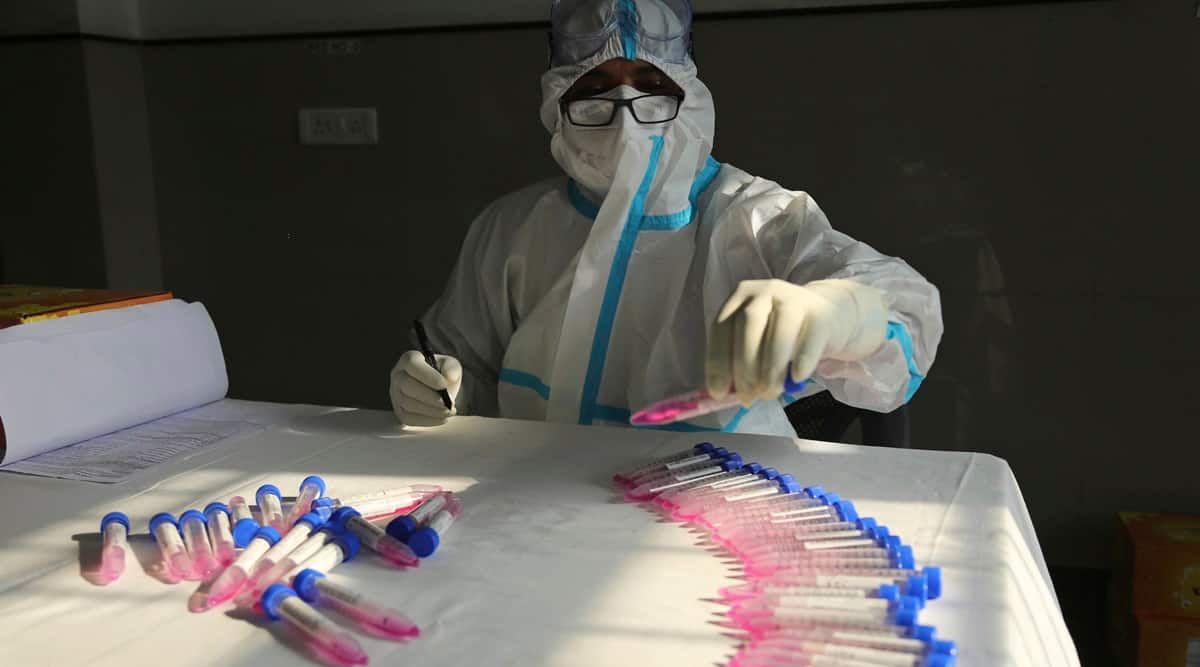 With 1,132 additional deaths on Wednesday, the toll rose to 83,198. India’s fatality rate is 1.63 per cent. The Union Health Ministry has said over 70 per cent of India’s deaths were patients with comorbidities. Read Coronavirus India Live Updates A discussion on the Covid-19 pandemic was held in the Rajya Sabha Thursday, during which Union Health Minister Dr Harsh Vardhan reiterated that the lockdown imposed on March 24 prevented 14-29 lakh cases and 37,000-78,000 deaths. He had said this in Lok Sabha as well. He told the House the situation was being “meticulously monitored” by Prime Minister Narendra Modi.

On a vaccine for Covid-19, Vardhan said, “India is making efforts just like other countries. An expert group is looking at it and we have advanced planning in place. We are hopeful that by the start of next year, a vaccine will be available in India.”

Vardhan’s statements, however, did not sit well with the Opposition, which targeted the government for the sudden lockdown and for leaving migrant labourers in the lurch, and accused it of failing to support states financially.

The government told Rajya Sabha that nine of the 11 infected members of the Great Andamanese tribe in the Andaman and Nicobar Islands had recovered from the disease. Union Tribal Affairs Minister Arjun Munda also confirmed that the Onges, Jarawas and Shompens tribal groups were safe from the virus.

“The 11 infected members of the Great Andamanese tribe are among those who were either themselves engaged or had families working in government establishments. Except two, all of them have fully recovered and moved back to their settlement in Strait Island,” the minister was quoted as saying by PTI.

“The samples of the entire Onges population in Little Andaman Island have tested negative. Testing of Jarawas in three different areas has also confirmed their Covid-19 free status. The Shompens are also safe in the Great Nicobar Island,” he added.

Union Minister Prahlad Patel Thursday said he had contracted Covid-19. He took to Twitter to say his test report came back positive on Wednesday night. “I have tested positive. Those who met me on Tuesday should take adequate precautions,” Patel tweeted. Patel is a BJP MP from Damoh Lok Sabha seat in Madhya Pradesh. A 100-year-old woman has recovered from Covid-19 in Assam, doctors told news agency PTI on Thursday. Handique, Assam’s oldest Covid-19 patient, was discharged from the Mahendra Mohan Chowdhury Hospital in Guwahati on Wednesday, they added. The woman, a resident of the Mothers’ Old Age Home, was admitted to the hospital ten days ago after testing positive for the disease. Doctors and nurses who were treating her held a small celebration before she was discharged.

No animals to be sacrificed in open areas on Bakrid: Uttarakhand HC

NRIs to get Aadhaar sans 180-day wait in 3 months