Congress spokesperson Manish Tewari said the government should initiate a fresh process for appointing the next CVC by inviting applications again. 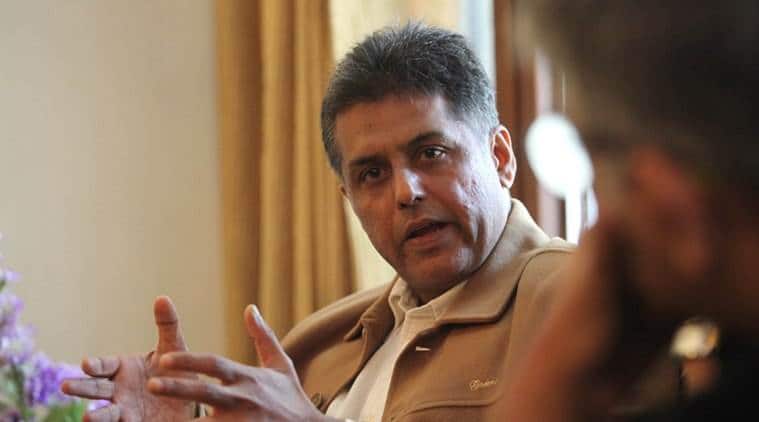 The Congress on Wednesday termed the process adopted for appointment of the next Chief Vigilance Commissioner “illegal, unlawful and unconstitutional” and demanded its immediate scrapping.

Congress spokesperson Manish Tewari said the government should initiate a fresh process for appointing the next CVC by inviting applications again.

“We demand that the entire process be scrapped in its entirety and a de novo process started by inviting applications afresh. There needs to be proper application of mind,” he told reporters.

Tewari claimed that it is clear that the government has a lot to hide and wants the CVC to be a “rubber stamp”.

He said this is the way institutions are being destroyed in this country and asked whether “we are living in a democracy or a banana republic”.

Congress chief spokesperson Randeep Surjewala also attacked the government over the appointment of CVC and CIC and alleged there is no place for transparency, accountability and constitutional processes in Prime Minister Narendra Modi’s ‘New India, which was fatal for democracy.

He alleged that the appointments of CVC and CIC are being made arbitrarily on the lines of “khul ja sim sim” (open sesame).

“Arbitrariness in top judicial institutions is fatal for democracy,” he said.

“The appointments of CVC and CIC are being made on the lines of ‘open sesame’. Bring out names from the pocket and make appointments, that’s it. There is no place left for transparency, accountability, constitutional processes and compliance of law in Modi ji’s ‘New India’,” he charged on Twitter.

Sanjay Kothari, the Secretary to the President, has been selected as the new Chief Vigilance Commissioner by a high-powered committee headed by Prime Minister Modi.

Mahershala Ali on his personal connection to True Detective character