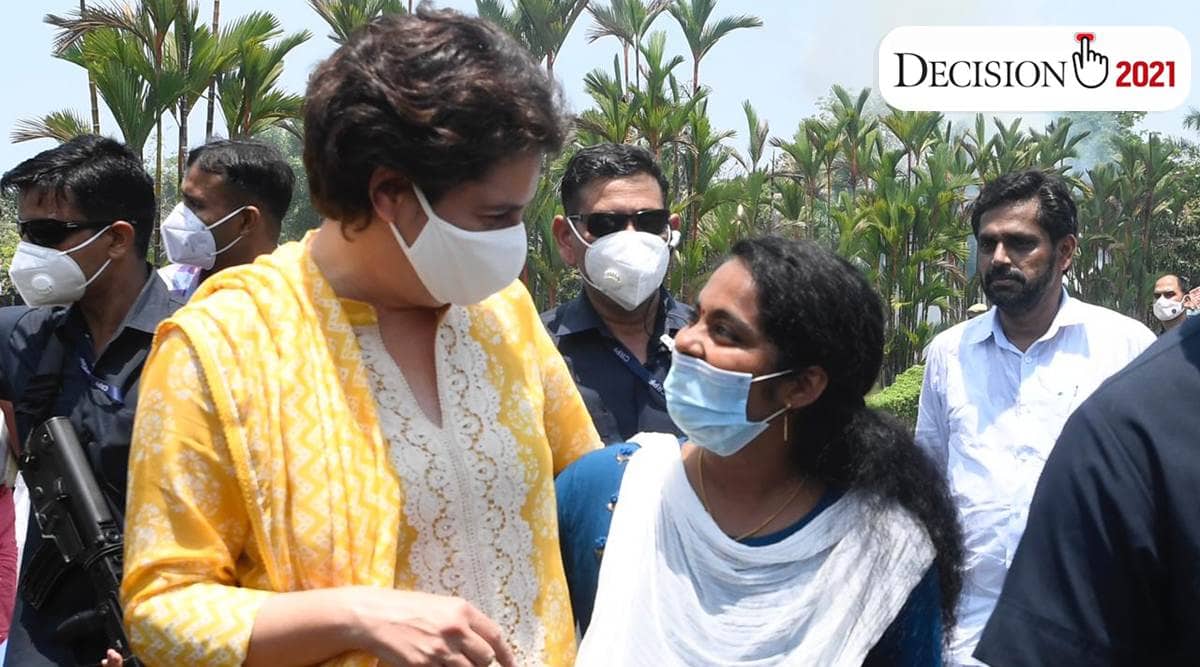 “My biggest identity is that I am from Kayamkulam and I understand its problems,” says Aritha Babu in the middle of a hectic day of campaigning. The 26-year-old is the Congress’s candidate from Kayamkulam, a coastal constituency in Alappuzha district, and first made headlines in 2015 when she became the youngest candidate to get elected to the Alappuzha district panchayat.

This time, she is the second-youngest candidate in the electoral fray in Kerala and is taking on sitting CPM MLA U Pratibha and Bharat Dharma Jana Sena (BDJS) candidate Pradeep Lal. The BDJS is an ally of the BJP and draws its support from the OBC Ezhava community.

Babu also belongs to the Ezhava community and works as a dairy farmer. She had taken over the work from her father after he fell ill. In her affidavit, Babu declared assets worth Rs 1.89 lakh and Rs 32,000 as liabilities. Popular Malayalam actor and Congress sympathiser Salim Kumar footed her security deposit for the election.

“My father introduced me to politics. For decades, he worked for the Congress’s ward- and booth-level committees. ,” Babu told The Indian Express.

On Tuesday, Congress leader Priyanka Gandhi Vadra campaigned for Babu. Later, while addressing an election rally in Kollam, Vadra attacked the “fascist” LDF government over the gold smuggling scandal and the controversial deep sea fishing deal with a US firm. “When you try to raise your voice against it, it tries to suppress it… When you question the frauds of the government, the Chief Minister (Pinarayi Vijayan) answers that he doesn’t know what’s going on. Is he a strong CM or a weak CM?” she said.

Pharma industry on a drip as lockdown locks out allied services, workers

Blake Lively and Ryan Reynolds Are Expecting Baby #3! See Her Growing Belly on the Red Carpet