India lost around 38.5 thousand hectares of tropical forest in the last decade.
Nearly 14 per cent of the country’s tree cover!
It is one thing for Modi to announce that India will reach a net-zero level of emissions in 2070. But if it is serious, it needs to start today, points out Ramesh Menon. We no more need a climate change expert to tell us that we are on a verge of a global emergency and if neglected there can be catastrophic changes in our environment.

The recently concluded Conference of the Parties 26 (COP26) which is an annual climate change event of the United Nations, did little to assuage our fears.

It once again showed that the politics of climate change has not changed in the sense that the issue is viewed through the lenses of the developed and rich nations that just want their way.

Was it not ironic that hundreds of climate negotiators flew into the Scottish city of Glasgow to attend COP26 recently in their private jets when they could have taken chosen to fly on a normal plane or found ways to reach there that did not leave behind such a huge carbon footprint? 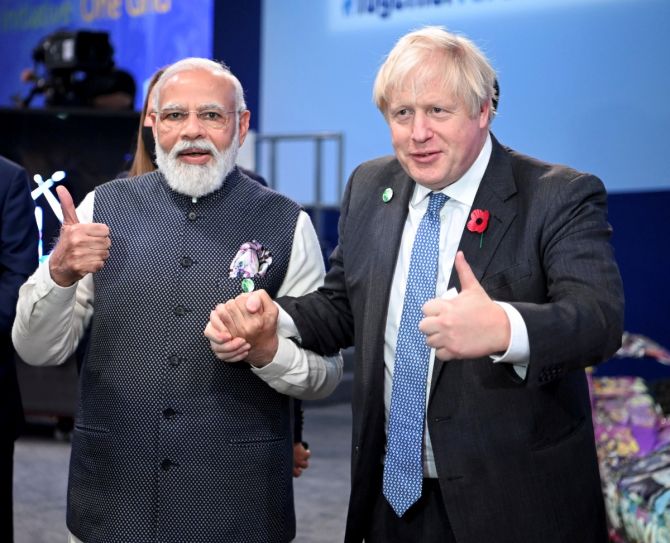 A BBC analysis found that private jets of G20 leaders heading to COP26 from another world summit in Rome would have itself ejected around 11.3 tonnes of carbon dioxide per flight.

Aviation emissions are a cause of concern as flights increase with fliers now opting for low-cost carriers.

A single flier from Mumbai to Delhi would be contributing around 110 kilograms of emissions due to jet fuel.

World Bank data shows that rich nations have just 1/6th of the population but account for nearly 60 per cent of air travel.

But that is symbolic of how this issue has been kicked around by rich nations that are not ready to cut corners or compromise on their lifestyles and continue using polluting ways of living.

The rich nations now want poorer countries like India to cut down their carbon emissions when they polluted the earth for decades as they grew, developed, and industrialised.

But they would not want the developed world to grow or even ensure that they got access to cleaner technology at reasonable prices.

While developed countries were keen on phasing out coal which the developing and poor countries heavily depend on, they were not talking of cutting down on the use of oil and gas that they thrive on.

India and China got together to force changes in the final draft and ensured that coal is to be phased down and not phased out. India is not the worst emitter as many think as the propaganda is that India and China are the worst.

According to the EU’s Fossil CO2 emissions of all countries, 2020 report, Canada leads the pack emitting around 15.7 tonnes of CO2 per person followed by the United States with 15.5.

Between 1751 and 2017, as much as 65 per cent of the carbon emissions has come from the United States, the European Union, Canada, Japan, and Russia.

China should have been pulled up for being one of the world’s largest emitters as it industrialises and grows rapidly.

It will take up nearly 33 per cent of the remaining carbon budget for the coming decade.

There is no way China will become carbon-neutral as it does not seem to be wanting to curb its coal power production.

If symbolism is important, consider the fact that China’s President Xi Jinping did not attend COP26.

Saying one thing and doing something else has been the norm. Remember how the Paris Agreement said that rich nations must transfer the US $100 billion annually through 2025 to developing and poor countries. What happened? Only Germany, Norway, and Sweden coughed up their share.

Money plays a big role in tackling climate vagaries and their causes.

If rich countries like China do not open their wallets, little will be done.

Finance to tackle climate change continues to be a sticky issue.

“No one knows where the money will come from,” Gajjar adds. “Vulnerable and poor countries will have to persuade the richer developed counties to cough up the money.”

Union Minister of Environment, Forest and Climate Change Bhupendra Yadav was right when he said at COP26 that climate finance is the historical responsibility of developed nations.

Poor countries will first look at finances for immediate survival needs and then look at issues like climate change.

Sunita Narain, director-general of the Centre for Science and Environment, says the Glasgow Climate Pact at COP26 failed in ensuring that the world stayed below the temperature required to ensure that the world avoids catastrophic impacts of changing climate can be avoided.

COP26 underlined how crucial it was to protect, conserve and restore nature and ecosystems that include forests and other terrestrial and marine ecosystems as it acts as sinks and reservoirs of greenhouse gases and ultimately helps in protecting biodiversity. 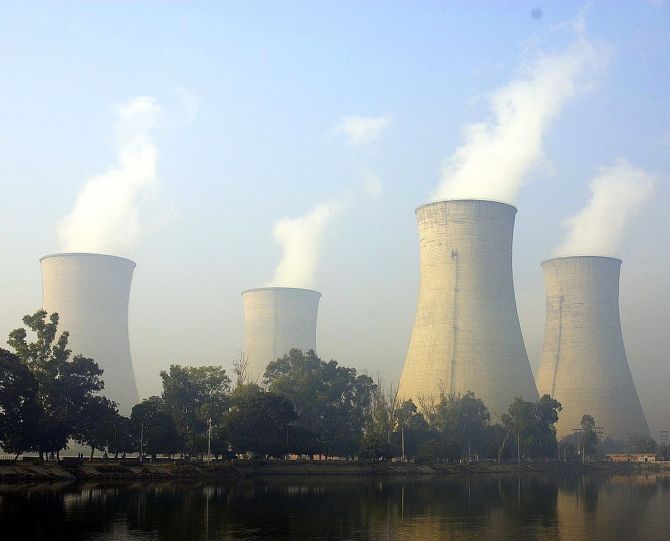 India has not scored well on this score and would do well to consider it seriously and look at the issue with a new lens as it tries to race to the top of the world.

Try and read into this: A significant deal to end deforestation by 2030 was signed by more than 100 countries. India refused to sign it.

Developed nations for decades used coal to fire up their growth.

Today, they see it as a dirty fuel and do not want it around while developing countries desperately need it to step on to the road to progress and boost their economic growth.

At COP26, India put its foot down and got the final draft to be changed to allow it to continue using coal and not immediately work at phasing it out. It was in keeping with its current economic interests.

China joined India in insisting on this as though it has said it will not finance international projects that deal with coal, it would want to use it domestically to create energy. Just like India.

India cannot dump coal right away as many rich nations can as they have alternatives.

Coal is a cheap fuel and India needs it to move ahead. This is because India has few gas-fired and nuclear generation capacities.

Creating hydel projects is not easy as it leads to displacement of people and other touchy environmental issues.

There are other spinoffs like huge tax revenue that comes from the coal business, mining, and royalties.

Replacing coal with renewable energy is not as easy as it sounds. It requires a huge investment and at the moment, there is no indication of that happening. 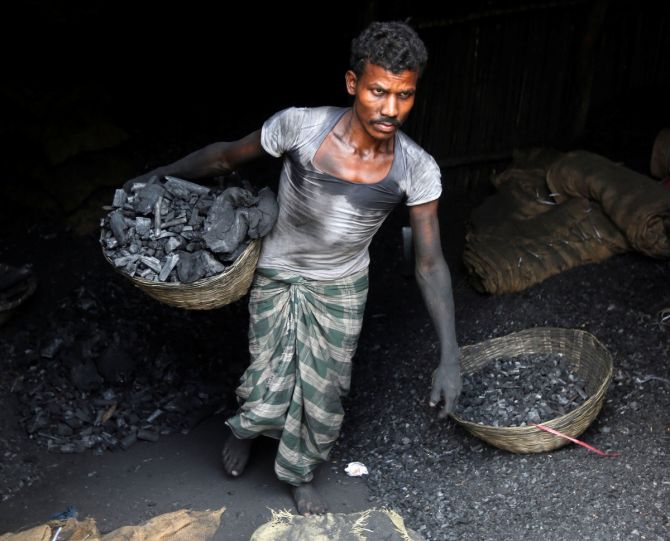 On the other hand, coal generates 948 trillion units. Coal is here to stay for a long time. It generates 58 per cent of the total generation capacity.

If India is serious about climate change as it seems it wants to be a world leader in this area if one goes by Prime Minister Narendra Modi’s speech at COP26, it will have to garner its own resources to do so as it cannot expect richer countries to come to its rescue in this area.

Over the years, the richer countries have only tried to escape their responsibilities of dealing with the dangers of climate change as they want to stick to their lavish and wasteful lifestyles.

They have not been at the forefront of providing funds to poorer nations or even the technologies to march towards a cleaner future.

There is no way they can escape the reality of how it is the richer countries that have polluted the earth ever since the industrial revolution.

India says it wants to reduce its carbon emissions in another nine years by one billion tonnes.

But it can only do it if it protects its forests and increases its forest cover to absorb carbon from the atmosphere.

However, the fact is that India’s forests are disappearing. In the last ten years, it has declined by five per cent.

“The targets set by India is very ambitious and it would require various actors coming together like the private sector, government, small and medium enterprises, and civil society,” says Chirag Gajjar. “In 2009, the National Action Plan on Climate Change was formulated and states were also asked to draw out its plan.”

“We now need to see the different learnings in various states and how they can be integrated and synergised nationally after studying the economic and environmental impact,” Gajjar adds. “If there is a coordinated action between all the actors, it will be a smooth transition.”

Let us also not miss the reality of how India has not signed a global pledge to halt deforestation.

India needs to walk the talk.

According to the Global Forest Watch, which monitors forests, India lost around 38.5 thousand hectares of tropical forest in the last decade.

That is huge: Nearly 14 per cent of the country’s tree cover!

It is one thing for Modi to announce that India will reach a net-zero level of emissions in 2070. It does sound great and appropriate. But if it is serious, it needs to think of a credible pathway.

It needs to start today.

Ramesh Menon — author, award-winning journalist, educator, corporate trainer, and documentary film-maker — is the author of Modi Demystified: The Making of a Prime Minister.

Chandigarh Administration to take over Indira Holiday Home, to convert it into high-end old age home