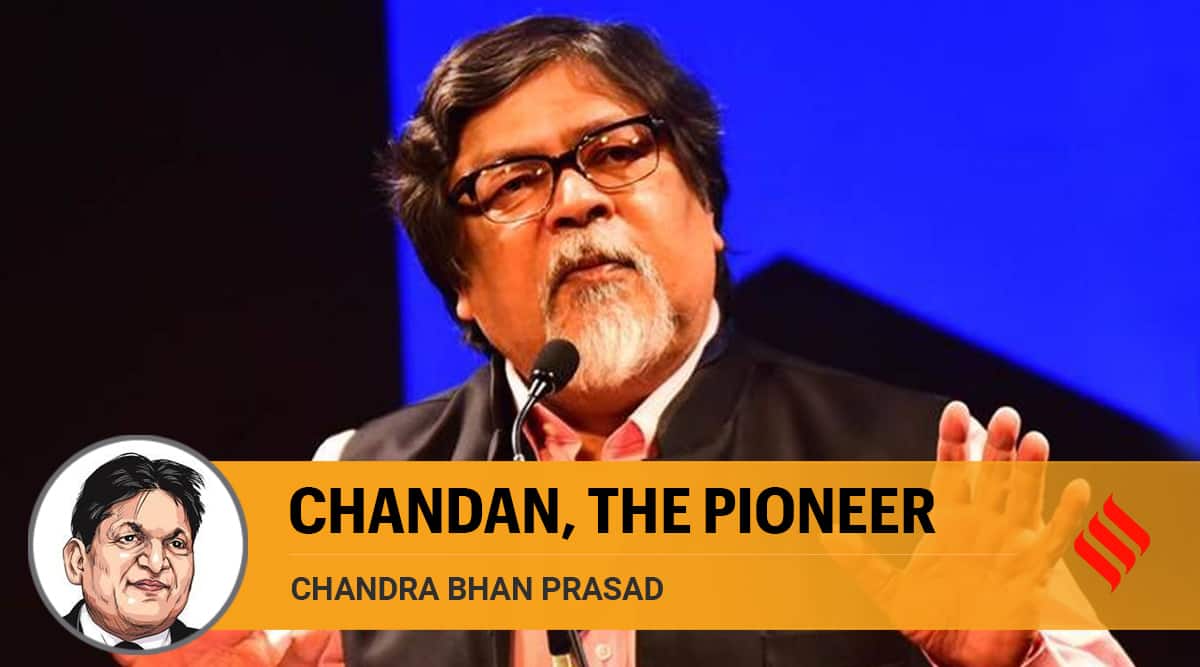 The morning of November 16, 1996, is an event Dalit history will sing of. The Pioneer flashed an edit page article by B N Uniyal — ‘In Search of a Dalit Journalist’. Chandan Mitra was the editor of The Pioneer. The article declared that the earth was not flat, that Indian media practised apartheid.

The article had a background. A brawl had taken place between Manyavar Kanshi Ram and a noted TV journalist. The media stood with the journalist. The Washington Post’s South Asia bureau chief, Kenneth J Cooper, was puzzled — no dissenter in the entire media. An African-American, Cooper sought Uniyal’s help to find a Dalit journalist. Uniyal spent days searching: “Suddenly, I realised that in all the 30 years I had worked as a journalist, I had never met a fellow journalist who was a Dalit, no, not one”.

To me, Uniyal is not an Indian civilisationally, not a Hindu at all; perhaps a white man in disguise. How else could he have “f****d” the conscience of the Indian media? But was being Uniyal enough? There seems to have lived a Holy Book in Chandan, which granted Uniyal the freedom to go after caste-Hindu apartheid.

That November 16 morning had an unsettling impact on me — to laugh or cry? Thuk…thuk… the JNU hostel door whispered. A Statue of Liberty lookalike walked in. She dragged me to the Vasant Vihar office of the Post. Innately seditious, Cooper would tell me about newsroom diversity in America. With The Print now, Rama Lakshmi went through a hundred pages from the American Society of News Editors website that tracked workforce diversity in American media.

In a few weeks, we produced an 18-page memorandum, ‘End Apartheid from India Media, Democratise Nation’s Opinion’. It was submitted to the Editors Guild of India, Press Council, and Delhi-based media outlets. I was in The Pioneer office to submit a copy. That’s when I met Ajaz Ashraf, a Pioneer staffer — we became friends. I started writing op-eds for The Pioneer.

I would frequent The Pioneer office to submit articles, collect cheques. It was probably April 1997 when I saw Chandan Mitra entering his office. Had he sported a hat and long coat, he would have resembled Lord Macaulay; a compulsive civiliser. A staffer, Avijit Ghosh, knew me well and coaxed Chandan to give me a weekly column. It was late March 1999 when Avijit took me to the editor, who smoked. Chandan wore the grace of Pratap Bhanu Mehta, the depth of GPD (G P Deshpande), and, as I would learn a little later, the heart of Ardeshir Godrej. Filled with sugar, coffee arrived, without biscuits.

“Give me an example,” Chandan asked when I argued that Dalit opinions need not necessarily match the mainstream. “Examine all Dr Ambedkar wrote, see if he sobbed, ‘poverty, poverty,’ sought red cards.” I hadn’t looked straight into his eyes. “To Ambedkar, what mattered most was dignity and freedom.” “Can I smoke?” I asked. “Why not?” He offered his own packet, I had mine. “Migration to cities is not palayan, it’s a flight to freedom,” I went on. Chandan flashed a cigarette again. Mine, too, went up in flames, metaphorically. “Great Indians empathetic to Dalit causes sing poverty and equality,” I said. “With us also, British practised cruelty; came too late, left too early.” In his smoke-filled chamber, the Dalit Diary was born.

Then came The Gin Drinkers, Sagarika Ghose’s novel, and a party. I responded with a rum drinkers’ party. “Rum isn’t that inspirational,” a guest jeered. The next day, I met Chandan, and complained about the liquid-food divide: “I want to replace rum with scotch.” I was expressive; Rs 5,000 was added to my monthly honorarium. In most meetings thereafter, I spoke to his wallet, the Ardeshir in him would smile — Rs 10,000, Rs 15,000, Rs 25,000…

In just a decade and a half — 1999-2014 — Dalit Diary birthed multiple thoughts: Digvijay Singh’s Bhopal declaration, Dalit capitalism, English as the Dalit goddess, a new mood to the Dalit middle class.

Hello M’ Lord; without you and The Pioneer, my life would have been a pen without ink, a book without pages.

This column first appeared in the print edition on September 6, 2021 under the title ‘Chandan, the pioneer’. The writer is a scholar affiliated with the Mercatus Center, George Mason University, US

Section 144 in force in Udupi as Congress, BJP workers clash during Bharat bandh

Donald Trump suggests he may ‘hold’ $500 million meant for WHO

Did you know Salman Khan owes a debt of Rs 1.25 to THIS person? | Bollywood Life