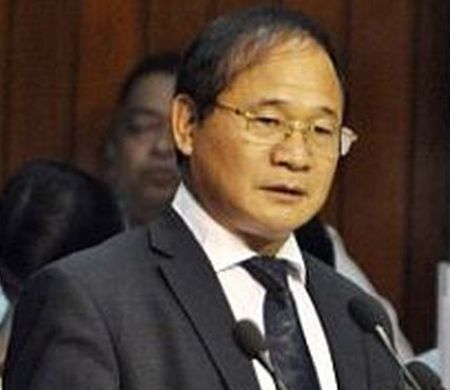 The agency has alleged that Tuki, then minister of consumer affairs and civil supplies in Arunachal Pradesh, had colluded with his brother Nabam Tagam to siphon off illegal gratification received for the contracts given to develop two parking places in Nirjulee and Naharlagun in the state worth Rs 61.43 lakh and Rs 2.60 crore.

His brother Nabam Tagam, N N Osik, the then director civil supplies, and the then chief manager United Commercial Bank Sohrab Ali Hazarika have also been booked, the officials said.

It is alleged that Osik paid illegal gratification of Rs 30 lakh, which were credited in his account in Itanagar branch of the United Commercial Bank.

The cheque was issued in the name of Tuki and was later changed to “yourself”, the agency alleged.

It said Hazarika, as the branch manager, helped to get the amount credited in Tuki’s account and did not obtain any authorisation for alterations made in the cheque beneficiary.

However, in the agency enquiry it surfaced that the account was indeed in the name of Tuki and his specimen signatures were on the account opening form.

The agency has booked all the accused for criminal conspiracy, forgery, and provisions of the Prevention of Corruption Act.

Two held for attack on suspected cow smuggler in Alwar

Nepalese man held with bullet round in Delhi Metro