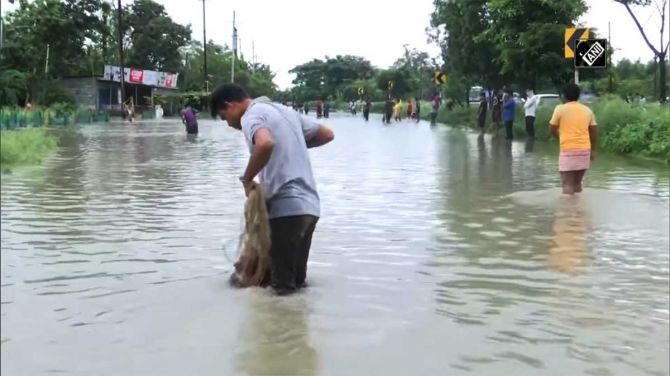 A teacher builds a solar car.

And the cadet who topped the NDA’s first women’s batch looks at the changed circumstances with pride.

Just some of the videos in our weekly round-up, chosen by you, through your likes on iShare.

While Assam has been in the political headlines for Shiv Sena reasons, what has been largely ignored by the national media is the extremely difficult conditions the state is facing amid heavy rains.

As the flood waters blocked their access to food and water, locals were seen laying nets to catch fish on the inundated National Highway 31.

The flood waters have submerged one side of the 4-lane national highway at Moranjona, which falls under the Rangia assembly constituency in Assam’s Kamrup district.

On International Yoga Day, yoga enthusiasts perform yoga asanas at a variety of places, including the historic Gateway of India and exotic locations.

This year, two days before the International Day of Yoga 2022, this ancient science was celebrated at Niagara Falls. Supporting the event were the consulate general of India in New York, the Buffalo-Niagara Tamil Mandram and the India Association of Buffalo.

It took place at the Goat Island, Niagara Falls State Park, which directly overlooks the Falls.

Around 150 Yoga lovers participated in the first International Day of Yoga celebration in the Niagara Falls area on the US side.

Ananya Panday can go from quite casual to super stylish depending on the occasion.

The actor was recently spotted, looking lovely in a pale coffee-coloured co-ord set that she offset with a silver necklace.

It warms one’s heart to see achievers like Abhijeet Sharma, who don’t — even at a tender age — let their circumstances hinder their dreams.

The young boy, a carpenter’s son, has made his family and school proud by topping the Class 10 exams conducted by the Jharkhand Academic Council.

She knew she wanted to join the army.

She also knew then that it was not possible.

Then, the circumstances changed.

“Working in the army isn’t a job, but a service,” says Shanan Dhaka, who has topped the NDA’s first women’s batch.

“Once the girls wanted to sit for an NDA mock test being conducted at school, but were not allowed as the test was only for the boys. Now when I recall that day, it feels good to have achieved this,” she adds.

Shanan, who hails from Rohtak in Haryana, has also ranked 10th in the overall NDA result.

“I was an honorary naib subedar in the army; my father was a subedar. My daughter grew up in army surroundings, lived in cantonment areas and saw how respectfully army officers are treated. That is how she decided to join the army,” says Shanan’s father, Vijay Kumar Dhaka.

It took Bilal Ahmad 13 years. But the Srinagar-based mathematics teacher and innovator was determined.

And now, he has made Kashmir’s first solar car that he confidently drives.

Initially, he wanted to make a car for disabled people, but his financial condition compelled him to put the idea on hold. 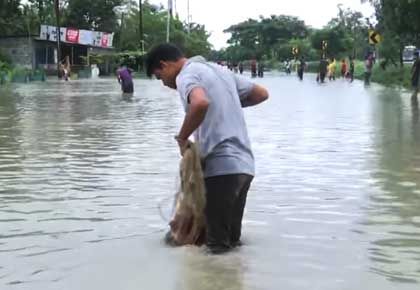 Disruption in train services between Karwar and Thokur tomorrow