Information relating to about 40,000 refugees from more than 15 districts has been provided to the state government, said a senior official in Lucknow, who did not wish to be named. 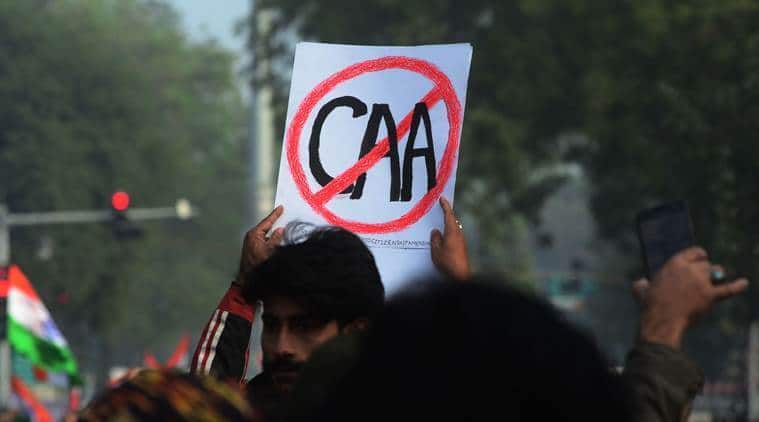 THE RULES for operationalising the Citizenship (Amendment) Act are yet to be framed, but the Uttar Pradesh government has already initiated the process of collecting information about refugees and migrants in a prescribed format from district authorities across the state.

According to the administrative heads of at least four districts The Indian Express spoke with, the current exercise can be taken as the beginning of the process for implementation of CAA in the state. When the process for citizenship commences, the district authorities would start the verification process, they said.

Information relating to about 40,000 refugees from more than 15 districts has been provided to the state government, said a senior official in Lucknow, who did not wish to be named.

The district authorities have been asked to seek detailed information in a prescribed format from Hindus, Sikhs, Buddhists, Jains, Parsis and Christians, who have entered India from Pakistan, Bangladesh and Afghanistan before December 31, 2014. They should have stayed in India for the last one year, and resided in the country for five of the last 14 years. The authorities have been asked to provide names of such people, their father’s name, current address and mobile number, date of arrival in India, the country they come from, and the details of the persecution faced by them.

“On government direction, we have started a preliminary survey to get an estimated number of refugees living in the district… This is not an actual identification process. We have so far found that around 95,000 refugees live in the district. Of this, around 58,000 have obtained their citizenship and the balance 37,000 continue to live here without citizenship. It was easier for us to identify them since they live in a particular area and their details were already with us. The survey is still on,” said Pilibhit District Magistrate Vaibhav Srivastava.

ALSO READ: After one month of CAA protests, key question for both BJP, Oppn: Will protests percolate below the top soil?

The highest number of refugees identified so far are from Pilibhit.

In its report, the Hapur administration sent a list of 522 persons belonging to 120 families to the state home department. The report also includes the statement of Ganganagar resident Ganpati Vishwas, who told the district authorities that the ancestors of these 120 families came to Kolkata in 1952 from different districts in East Pakistan. After moving to different cities, these families settled in Garhmukteshwar tehsil, and over a period has obtained Aadhar numbers and PAN cards, and opened bank accounts, the report said.

“In our district, these people have been demanding voter ID cards. But since they did not have citizenship, the administration could not provide them voter IDs. It was easier for us to send the report as we already knew about these people. When we read through past documents, we found a 1993 report from the then SSP of neighbouring district Ghaziabad that these people came several years ago following oppression in their country,” said Garhmukteshwar Sub-Divisional Magistrate Vijay Vardhan Tomar.

Tomar said these people did not have any evidence relating to the nature of atrocities committed on their ancestors. “We are relying on what they are claiming,” he said.

In Bahraich, only six families living in the district for the last three decades, have provided all details. District Magistrate Shambhu Kumar said these families which claim to have come to India from Bangladesh, have sought Indian citizenship under the new law. “They are from Payagpur and Mihinpurwa in Bahraich and their details were already with our Local Intelligence Unit. With the new law, many who were hiding their identity are expected to approach us,” he said.

District Magistrate of Lakhimpur Kheri, Shailendra Kumar Singh, said only two families reached out to the administration requesting citizenship under the new law. “Their application has already been forwarded to the government,” he said.

This month on, BEST to pay govt. Rs. 5 crore more in taxes