While the missile has been in India’s arsenal for long, it is continuously upgraded and updated with new hardware and software systems 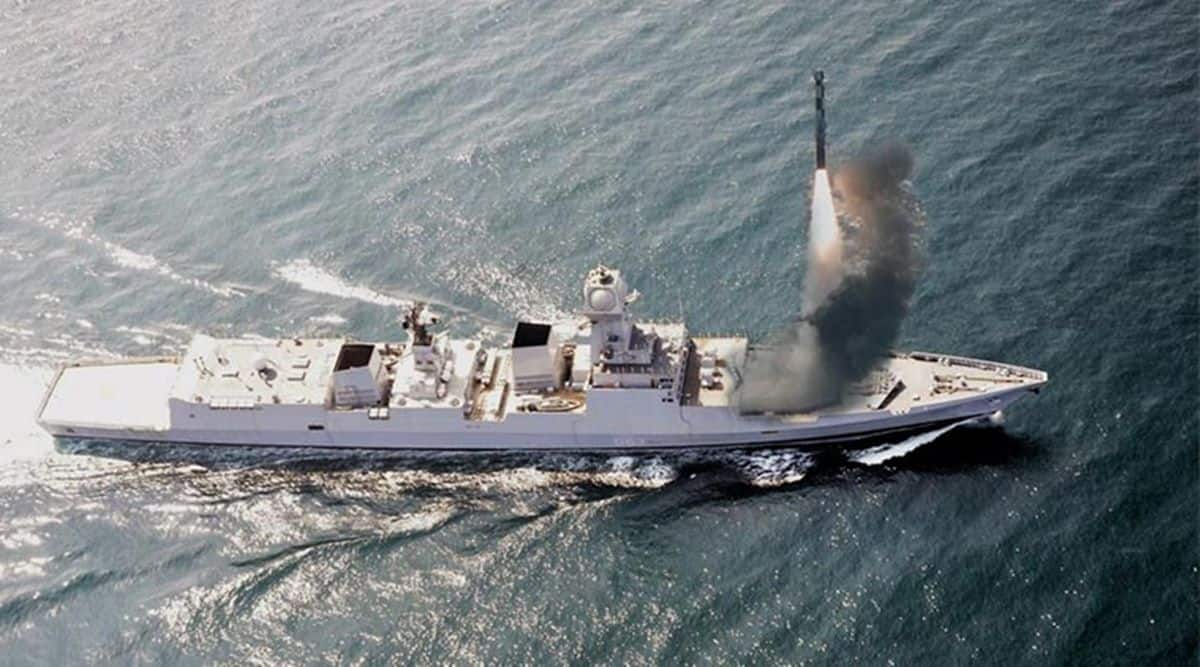 In its yet another successful test, the BrahMos supersonic cruise missile was successfully test fired on Sunday from Indian Navy’s indigenously-built stealth destroyer INS Chennai, hitting a target in the Arabian Sea, Ministry of Defence said.

The missile hit the target successfully with pin-point accuracy after performing high-level and extremely complex manoeuvres, Ministry of Defence said in an official statement on Sunday.
The MoD statement said that BrahMos as ‘prime strike weapon’ will ensure the warship’s invincibility by engaging naval surface targets at long ranges, thus making the destroyer another lethal platform of Indian Navy.

Explained| What is SMART test, and why it matters

While the missile has been in India’s arsenal for long, it is continuously upgraded and updated with new hardware and software systems. This is what necessitates periodic tests of the missile. DRDO scientists said that in every such test of a specific variant of Brahmos, different parameters are put to examination. Though the exact details are rarely disclosed, additional hardware and software systems are tested based on the inputs from the user, against more complex targets, and under different atmospheric conditions. The test results and observations are important for future analysis and further advancement, scientists said.

An amalgamation of the names of Brahmaputra and Moskva rivers, Brahmos is being produced by Brahmos Aerospace, a joint venture company set up by Defence Research and Development Organisation (DRDO) and Mashinostroyenia of Russia.

Defence Minister Rajnath Singh congratulated DRDO, BrahMos and Indian Navy for the successful launch. DRDO Chairman Dr G Satheesh Reddy, congratulated the scientists and all personnel of DRDO, BrahMos, Indian Navy and industry for the successful feat. He stated that BrahMos missiles will add to the capabilities of Indian Armed Forces in many ways.

Various versions of the Brahmos including those which can be fired from warships, submarines and fighters jets have already been developed and successfully tested

Reservoirs fill up as rain intensifies

Gopichand on Indian badminton’s ailments: They need a structure… earlier I was the structure