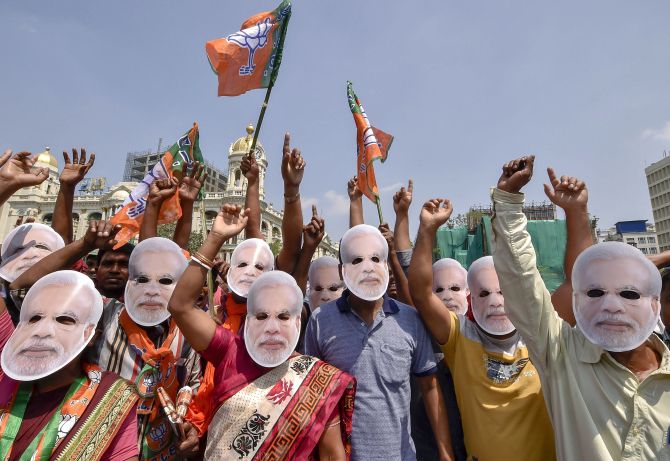 The Bharatiya Janata Party has topped the chart of political advertisers on Google with an advertisement spent share of around 32 per cent, while its rival Congress is ranked sixth with a meagre 0.14 per cent share.

Political parties and their affiliates have spent Rs 3.76 crore on advertisements since February 19, 2019, according to the internet giant’s Indian Transparency Report released Thursday.

The Congress was ranked sixth with a total expenditure on advertisement of Rs 54,100 on Google.

The BJP was followed by Andhra Pradesh’s Jagan Reddy-led YSR Congress Party, which spent a total of 1.04 crore on advertisements, according to the report.

Pramanya Strategy Consulting Private Limited, which was promoting the Telugu Desham Party and its chief Chandra Babu Naidu, was ranked third with an advertisement expenditure of Rs 85.25 lakh, the report said.

Digital Consulting Pvt Ltd, another entity that also promoted Naidu and his party, was ranked fourth with a total spending of Rs 63.43 lakh.

Google blocked advertisement of four of 11 political advertiser due to violation of its ad policy, it said.

Flats for civic workers being built as per norms: Khader

Farm crisis: BJP set to roll out schemes, not for loan waiver

Give official status to all 22 regional languages: PMK
Last News