While BJP state vice-president Parveen Bansal was gheraoed allegedly by farmers in Barnala, forcing him to stay inside the circuit house for some time, the party’s Abohar MLA Arun Narang was roughed up and his clothes ripped off by protesters carrying flags of farmer unions at Malout in Muktsar district. 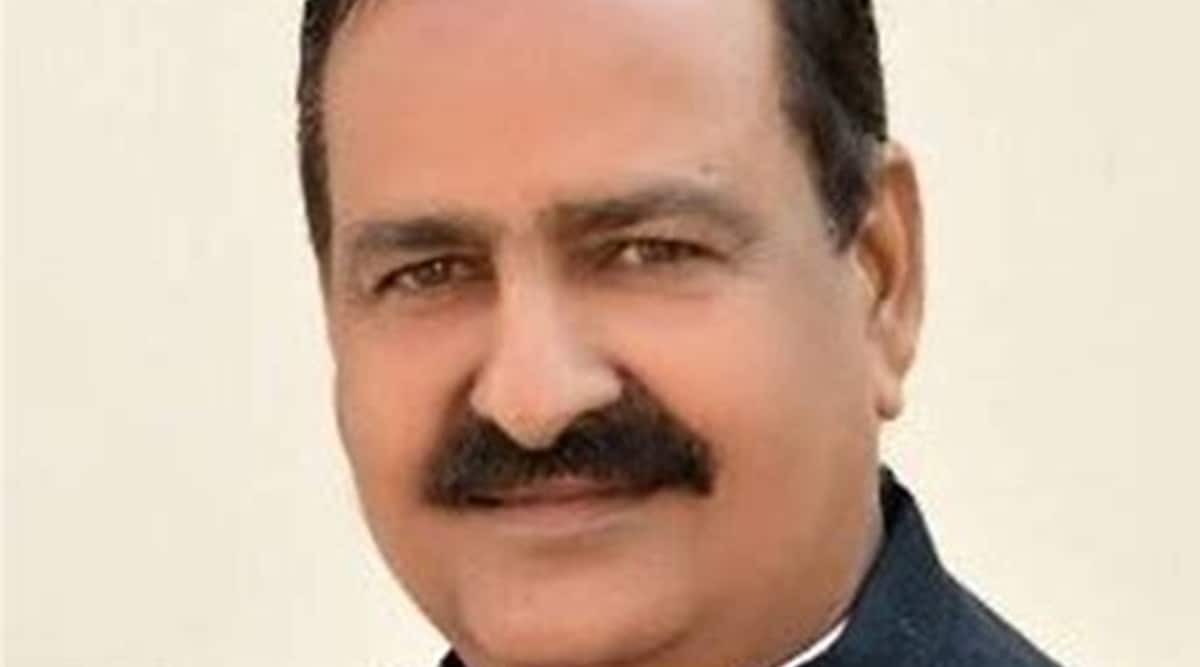 As the farmer protests in Delhi entered the fourth month on Friday, BJP representatives in Punjab were at the receiving end, with at least two leaders gheraoed and one of them assaulted on Saturday.

While BJP state vice-president Parveen Bansal was gheraoed allegedly by farmers in Barnala, forcing him to stay inside the circuit house for some time, the party’s Abohar MLA Arun Narang was roughed up and his clothes ripped off by protesters carrying flags of farmer unions at Malout in Muktsar district.

MLA Narang had gone to the BJP office in Malout around 11 am on Saturday to address a press conference on the Congress government’s performance in Punjab when protesters, who had been sitting on a dharna, surrounded his car and poured black oil on the vehicle. As Narang stepped out of his car, a scuffle broke out and his kurta-pyjama was ripped.

Police and BJP supporters formed a safety ring around Narang and, amid a din of abuses and anti-BJP slogans, escorted him to a nearby shop. Narang was holed up in the shop for about two hours while protesters stood outside shouting slogans.

Narang was later taken to the Civil Hospital in Abohar, 31 km away, and, after a preliminary check-up, his supporters escorted him to his home in Abohar.

Talking to The Indian Express, Narang said, “We will abide by the decision of the party high command… this matter will not end here.” When asked if he would issue a statement, he said: “What is the need for a statement when everything is out in the public domain? When an MLA is not secure, what can we say about the common man’s security.”

Pushed to a corner

In Punjab, the BJP has been pushed to a comer on the farmer issue. With Akalis exiting NDA and the Congress government urging the Centre to find a way out, Saturday’s incident will harden the political divide.

Police have filed an FIR on charges on attempt to murder and rioting, among others, against seven persons, including Jasseana and BKU Sidhupur president Sukhdev Singh Burabujar, besides 200 unidentified persons.

While the BJP termed the incident a “murderous attack” on its MLA, the Opposition Shiromani Akali Dal said it would serve to weaken the farmers’ protest.

Punjab CM Amarinder Singh, meanwhile, warned of “strict action against anyone trying to disrupt peace” in the state by taking the law into their hands.

Even as he urged the farmers to not indulge in acts of violence, the CM called upon PM Narendra Modi to urgently resolve the crisis triggered by the controversial farm laws.

BJP leaders also accused the protesters of ransacking the party office in Malout.

Dinesh Kumar, organisational secretary of the Punjab BJP, said: “While Narang had taken refuge in the nearby shop, a few protesters went to first floor of the BJP office and broke chairs, took away some party flags and burnt them on the road in front of the building… This was a murderous attack on our MLA, we are going to meet the Governor of Punjab and DGP, Punjab, as this is a law and order issue… our leaders can’t even move freely.”

He also alleged that the protesters were not farmers “but workers of political parties, including Congress, AAP and SAD. This is a complete failure of the state government”.

The SAD, meanwhile, condemned the attack on Narang, with party president Sukhbir Badal appealing to everyone to exercise restraint. He asked both the Centre and Punjab governments to take steps to ease the tense situation which had developed in the state “due to the Centre’s refusal to listen to the sentiments of farmers”.

Farmer leaders The Sunday Express spoke to said the incident was a sign of rising public anger.

While strongly condemning the incident, Dr Darshan Pal, coordinator of Samyukta Kisan Morcha, accused BJP leaders and their allies of inciting the farmers with their statements.

Jagmohan Singh Patiala, general secretary of BKU (Dakaunda), said, “I have got audio and video clips from many people in which BJP leaders are seen instigating the protesting farmers. We had organised a Bharat Bandh in a peaceful manner. We warn the BJP not to instigate the farmers. In the present incident, a few of the protesters were uncontrollable, but the reason behind it needs to be understood… the BJP is troubling farmers. After January 22, the government has not come forward for any talks.”

Sukhdev Singh Kokrikalan, general secretary of BKU (Ugrahan), said, ”We have told our workers to protest by raising slogans and gheraoing BJP leaders. We never promote such protests and I feel this should not have happened. But my information is that there were no BKU (Ugrahan) workers there.”

There has been no let-up in protests against BJP leaders in Punjab since August last year, when the agitation against the three farm laws picked up pace in the state. In October, farmer unions started sitting on dharnas outside the residences of BJP leaders, forcing many of them to cancel their public meetings.

RJD tries to lure Nitish Kumar as PM candidate, JD (U) says it is rubbish