Congress to protest till anti-farmer laws are repealed, says Uttam

Pradesh Congress Committee president N. Uttam Kumar Reddy on Monday described the ruling Telangana Rashtra Samithi at the State and the Bharatiya Janata Party at the Centre as two sides of the same coin, which are working in a synchronisation to pursue anti-farmer and anti-people policies.

Mr. Uttam Kumar Reddy said the friendship and understanding between the two parties was no more a secret, and the Congress party would continue its protest till the legislations are repealed and procurement centres are continued as usual.

The Congress leader, along with others, participated in a protest at the District Collectorate here on Monday, to condemn the State decision on halting procurement of farm produce.

He objected to Chief Minister K. Chandrasekhar Rao’s statements that the State had suffered a loss of ₹7, 500 crore last season, towards procurement of agriculture produce. He said the government’s crop loan waiver, disbursed in four instalments did not help the situation, and non-encouragement of crop loan insurance had also exposed farmers’ crops to vagaries of weather.

Asserting that IKPs and PACS centres, brought by the Congress in 2004, were for ensuring minimum support prices, Mr. Uttam Kumar Reddy said the party will intensify its stir across the State till procurement decisions are pro-farmer and all grains are purchased at MSP.

Too many answer sheets to evaluate, say teachers

US officials: ‘Highly likely’ Iran downed Ukrainian jetliner with 176 onboard

Explained: What the Reliance Retail’s purchase of UrbanLadder means for both companies 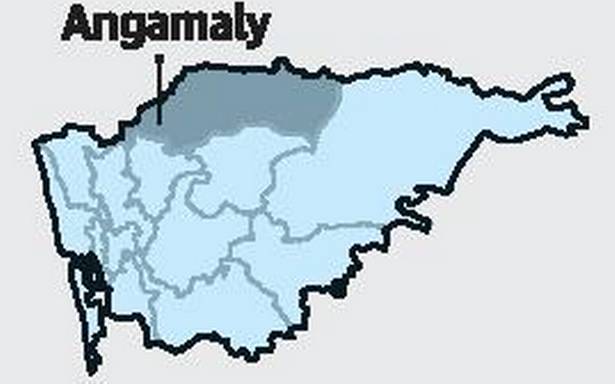