“Based on the complaint and all those who were identified, we have arrested 17 people, including ex-MLA Surendra Nath Singh,” Bhopal DIG Irshad Wali told The Indian Express. 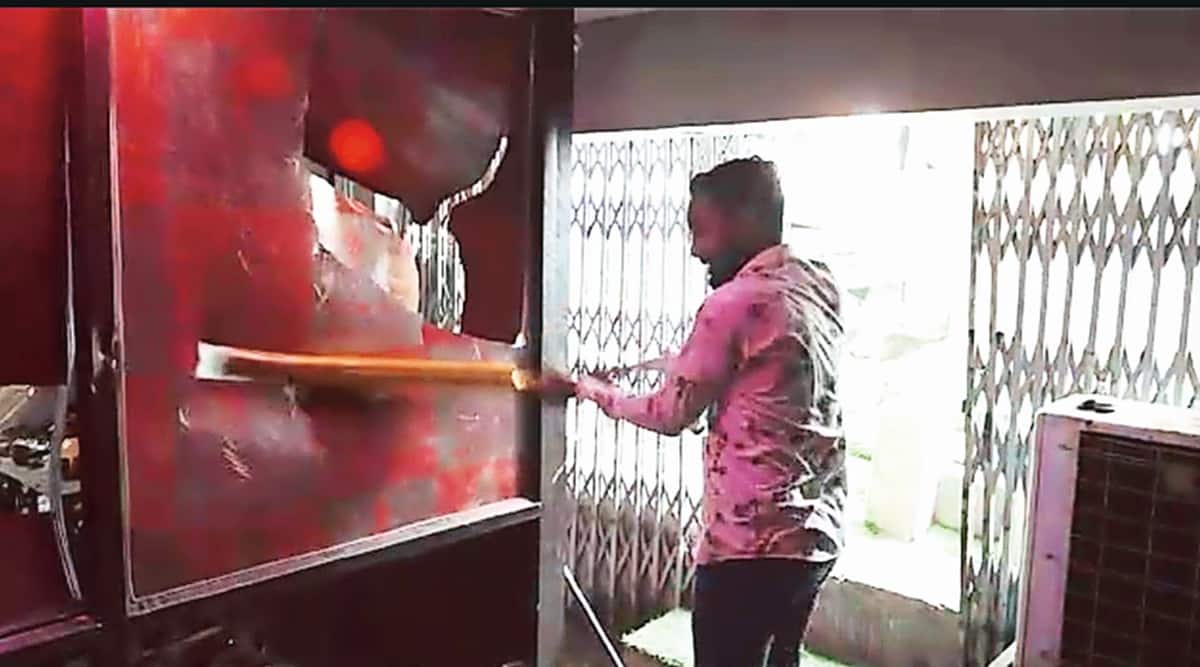 Seventeen people, including a former BJP MLA, have been arrested over at least two incidents of vandalism in Bhopal on Valentine’s Day, after groups of people attacked a hookah bar and a restaurant while accusing the owners of promoting ‘love jihad’.

“Based on the complaint and all those who were identified, we have arrested 17 people, including ex-MLA Surendra Nath Singh,” Bhopal DIG Irshad Wali told The Indian Express.

The men, identifying themselves as workers of the Bharatiya Janata Yuva Morcha and Shiv Sena, went on the rampage on Sunday while holding saffron flags and chanting slogans of Jai Shri Ram.

In the first case, a group identifying themselves as workers of the ruling BJP’s youth wing, the Bharatiya Janata Yuva Morcha (BJYM), barged into Junkyard Cafe in Bhopal’s Shyamla Hills and went on the rampage.

Narendra Kumar, manager of the cafe, said in his complaint to the police that around 12.20 pm, eight people armed with hockey sticks and bats barged into the cafe and began hurling abuses at the customers and allegedly misbehaved with the staff. Then they proceeded to break the furniture inside the cafe.

In his statement to police, Narendra said, “The men accused us of promoting love jihad, saying ‘You people encourage love jihad. This is just the trailer. If you are seen inside the cafe again, we will kill you”

Around the same time, a group of about 10 persons, including three women, barged into Cowboy Restro Bar near Bittan market, holding saffron flags, and vandalised the cafe.

In his complaint, a 28-year-old man, identified as Rahul Yadav, said the group, whose members identified themselves as workers of the Shiv Sena, began abusing customers at the restaurant.

In his statement to the police, Yadav said, “My workers in the restaurant and I tried to intervene and during the process, we also suffered minor injuries. They damaged the furniture inside and then left.”

Police said many of the attackers identified themselves as being affiliated with Surendra Nath Singh, the former BJP MLA from Bhopal South West.

Singh had earlier led a march, after which he accused hookah bars of turning youths into addicts and calling them “breeding grounds of love jihad”. He also said his teams would go out to warn restaurant owners.

SC allows entry of women of all ages in Sabarimala temple

Ahmedabad: Two labourers killed in blast in a godown