Yadav raised the demand, talking to reporters outside the assembly on the monsoon session's penultimate day after his adjournment motion moved on the floor of the House was turned down by Speaker Vijay Kumar Sinha, who cited paucity of time. 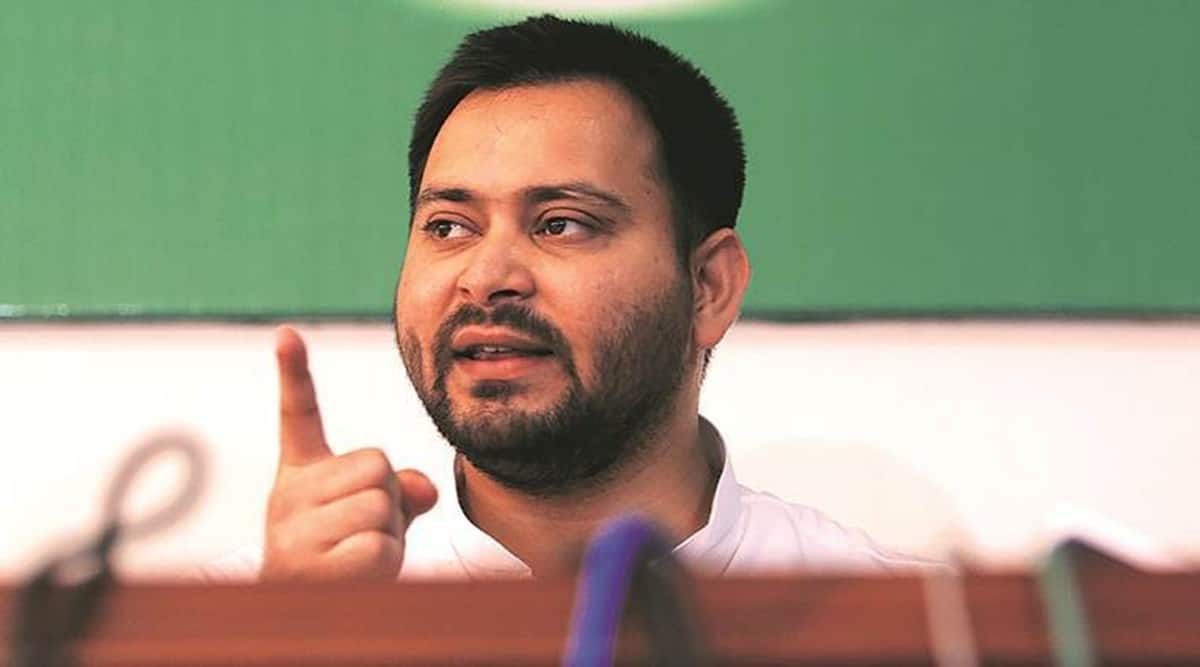 Reiterating the demand for a caste-based census, RJD leader Tejashwi Yadav on Thursday asked the Nitish Kumar government in Bihar to conduct such an exercise “on its own” if the Centre refused to budge from its stand.

Yadav raised the demand, talking to reporters outside the assembly on the monsoon session’s penultimate day after his adjournment motion moved on the floor of the House was turned down by Speaker Vijay Kumar Sinha, who cited paucity of time.

“My demand is that since both Houses of the legislature have already passed unanimous resolutions on more than one occasion supporting a caste-based census, it was high time pressure was put on the Centre to see reason,” Yadav said.

The central government had recently informed Parliament it was mooting a caste-based census only for the SCs and STs, implying that the numerically powerful OBCs and the traditionally influential upper castes would not be covered under the exercise.

Chief Minister Nitish Kumar, whose JD(U) is an ally of the ruling BJP at the Centre, has also expressed his disapproval of the stand taken by the Union government and asserted that caste-based census must be conducted “at least once”.

Yadav said he has “sought an appointment from the chief minister to present him with two suggestions. Either he should head a delegation of leaders from Bihar, which I offer to be a part of, and call on Prime Minister Narendra Modi and reason out the issue”.

“However, if the CM expresses inability to take this course of action, I want to suggest that the state government conduct a census of all castes like Karnataka did some time back,” said the leader of the opposition.

A “social and educational survey”, seen as an equivalent of a caste-based census, was conducted in 2015 by the then Congress government in the southern state.

Now in the opposition, the party is engaged in a bitter tussle with the ruling BJP over its reluctance to make the report public, accusing the latter of denying the marginal castes their due.

The RJD leader was also asked about TMC MP Mohua Moitra having reportedly used the expression “Bihari goonda” inside Parliament, an allegation rejected outright by the firebrand parliamentarian.

“I can only express my regret if anybody makes such a remark. The state has a glorious past and its contributions towards nation building remain unparalleled,” said Yadav.

He is understood to be close to Trinamool Congress supremo Mamata Banerjee, whose party he had backed in the West Bengal assembly polls despite having an alliance with the Congress in Bihar and at the Centre.

In Delhi, from improving learning levels to setting Outcome Budget

Top news of the day: Chinese troops pull back 2km from site of Galwan Valley clashes; India's response to COVID-19 will be new case study in Harvard on failures, says Rahul Gandhi, and more