The development comes in the backdrop of Iran finalising a 25-year strategic partnership deal with China worth $400 billion. 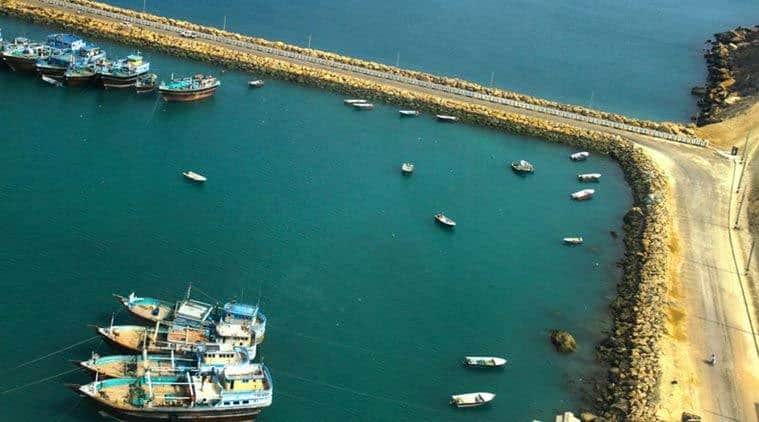 Hitting out at the Narendra Modi government after a news report claimed that Iran had decided to proceed with the Chabahar port rail project by itself citing funding delays from India, the Congress on Tuesday called it a “big loss” for the country even as it questioned the diplomatic tactics of the Centre.

“India dropped from Chahbar Port deal. This is the diplomacy of the Modi government that won laurels even without getting the work done, China worked quietly but gave them a better deal. Big loss for India. But you can’t ask questions!” senior Congress leader Abhishek Manu Singhvi tweeted citing a report in The Hindu.

The report said that Iran had decided to proceed with the construction of a rail line from Chabahar port to Zahedan, along the border with Afghanistan, on its own following alleged delays from the Indian government in funding and starting the project.

The development comes in the backdrop of Iran finalising a 25-year strategic partnership deal with China worth $400 billion. The partnership will include Chinese involvement in Chabahar’s duty free zone, an oil refinery nearby, and possibly a larger role in Chabahar port as well, the report said.

India and Iran had signed an agreement to construct the rail line four years ago. Chabahar, which is located 72 kilometers west of Pakistan’s Gwadar port, holds immense strategic and economic significance for India.

Iranian Transport Minister Mohammad Eslami had inaugurated the track-laying process for the 628 km Chabahar-Zahedan line, which will be extended to Zaranj across the border in Afghanistan, last week. The report said the project is expected to be completed by March 2022, and the government will tap into a $400 million corpus from the Iranian National Development Fund.

During his three-day visit to India in January, Iranian Foreign Minister Mohammad Javad Zarif had stressed upon the importance of completing the Chabahar-Zahedan rail network.

“The other issue is connecting Chabahar to Afghanistan and to Central Asia through rail. We need to complete the Chabahar-Zahedan rail network. We have the infrastructure for that, but we need rails. We are in negotiation with India for providing rails. We produce our own rails but not at the scale we need. So, Iran and India need to work together on procurement of equipment for the port as well as finishing the rail link,” he had said.

‘Days Of Our Lives’ Spoilers: Gabi & Abby Face Off, Brady Blasts Will

MeToo in India is inspiring, says woman at the centre of China storm

Nobody knows what is happening in Kashmir: Omar