Hoardings of every size jostle for space to welcome the Prime Minister to the bhoomi pujan for the temple of Ram at his janmabhoomi, once the disputed site and now settled with the imprimatur of a unanimous Supreme Court ruling nine months ago. Ayodhya is a town in waiting.

Festoons line all its roads, flags of every shade of saffron flutter from rooftops. Road-facing houses have been splashed with a coat of bright yellow, the hasty makeover masks crumbling walls, covers the cracks.

Hoardings of every size jostle for space to welcome the Prime Minister to the bhoomi pujan for the temple of Ram at his janmabhoomi, once the disputed site and now settled with the imprimatur of a unanimous Supreme Court ruling nine months ago.

For a town riven as much by ancient history as contemporary politics, there is no mistaking the countdown to August 5.

Chief Minister Yogi Adityanath came here Monday to ensure all is in place for the ceremony the day after.

Incidentally, August 5 also marks one year of the abrogation of Article 370 and the bifurcation and downgrade of the state of Jammu & Kashmir into two Union Territories. Article 370 and the Ram temple were the twin ideological planks core to the BJP which, in the NDA’s earlier avatar under Atal Bihari Vajpayee, pushed them onto the backburner citing coalition dharma. 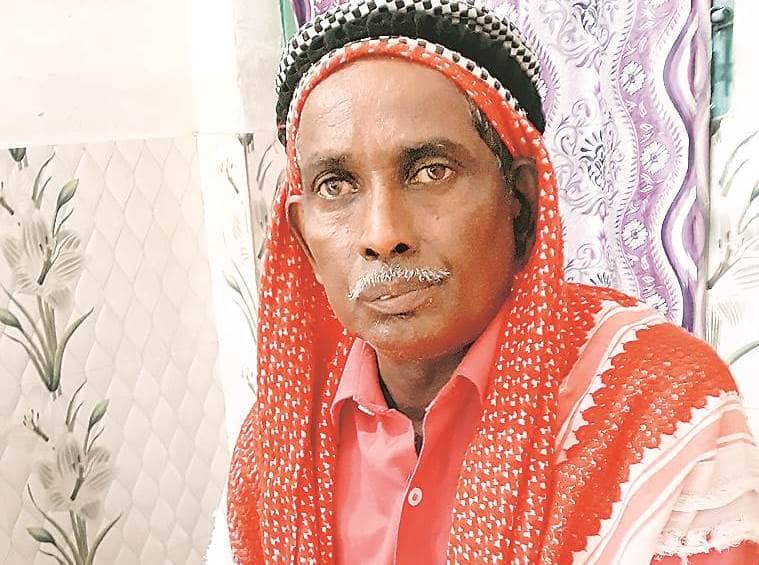 But that was then and this is now.

Today, with its majority government in its second term, for the Parivar, this is the realisation of a dream, the culmination of its over three-decade movement. Invitations have gone out, and the chatter is all about who has been invited, who has been left out.

There are smirks, there’s envy. After all, Covid and the imperative of social distancing means only a select few are being invited to mark the start of what many here say will become the Hindu Vatican.

In his small house in Punji Tola, 53-year-old Iqbal Ansari looks at the invitation from Mahant Nritya Gopal Das, president of the Shri Ram Janmbhoomi Teerth Kshetra, the Trust constituted for the construction and management of the Ram temple.

The invitation card is numbered 146. He flips it open. In Hindi, it says he is invited to the bhoomi pujan and the commencement of the Ram Janmabhoomi temple at 12.30 pm on August 5.

Son of the late Hashim Ansari, a tailor who became a litigant in the Ram Janmabhoomi-Babri Masjid title suit – which the Ansaris lost — and passed away four years ago at age 96, Iqbal says he has accepted the invitation and will attend the ceremony.

“Why shouldn’t I go? The Prime Minister is coming especially for it. Forget the past, it’s over. The highest court of the land has ruled, and everyone has accepted the verdict. It’s time to move on. In any case, outsiders don’t quite get the Ganga-Jamuni tehzeeb (the culture of the northern plains). Hindus and Muslims are brothers, we have always lived together, no matter the differences we may have had,” he said. “Ayodhya is a dharm nagri (holy town), people come here with great expectations. They are the faithful, they come here in the hope that their prayers will be heard, their desires fulfilled. How can one overlook that? My father and I fought a title suit, not the people or their faith,” he said.

Ask him about the demolition of the Babri Masjid on December 6, 1992, the violence that swept across the country in its wake, the conspiracy case still in court. Iqbal says he is in no mood to look back, reopen wounds. For him, that’s water under the bridge. He doesn’t want to venture there.

Barely a kilometre away, in Rani Bazar, Gayatri Devi, too, has received an invitation to the ceremony. And she says she will attend. Her reason, though, is different. Her husband, Ramesh Pandey, was felled by police bullets on November 2, 1990 when kar sevaks tried to storm the Babri Masjid, the second time in three days. His body was discovered in a bylane.

“When I was told about the invitation, I decided I must attend. My presence there will bring peace to my husband’s soul. He went there, never to return. He left behind four children, the youngest still in my lap. It has been a difficult life. There was very little money, but I raised them as best as I could. Now they are all married, and it’s a large family, but I feel terribly lonely at times,” Gayatri said.

Of her two sons, Subhash works at the karyashala, the workshop for the proposed temple, where columns and giant slabs have been chiselled over years, waiting for construction to begin.

There, policemen routinely wag fingers to keep people moving as they crowd around an old model of the proposed temple and take photographs for friends and families far away.

For now, the karyashala has been taken over by TV crews.

Given that the temple site is currently out of bounds, the building blocks stacked in the workshop form the perfect backdrop for the prime time studio. Because each column has its own Ayodhya story – and in 48 hours, these stories, some told, some untold, and some that may need fresh telling, will mark the beginning of a new chapter in a nation’s history.

Annamalai University admissions to be held online this year

Yogi Adityanath: States will have to seek nod before employing UP workers

‘Never before has the urge to do more been greater,’ Ratan Tata on retirement

‘Even Turks find Taimur a brute, but some name kids after him’: Meenakshi Lekhi