Yediyurappa accused Siddaramaiah of indirectly facilitating the attack on Sait, 52, by going soft on the PFI while he was in power. 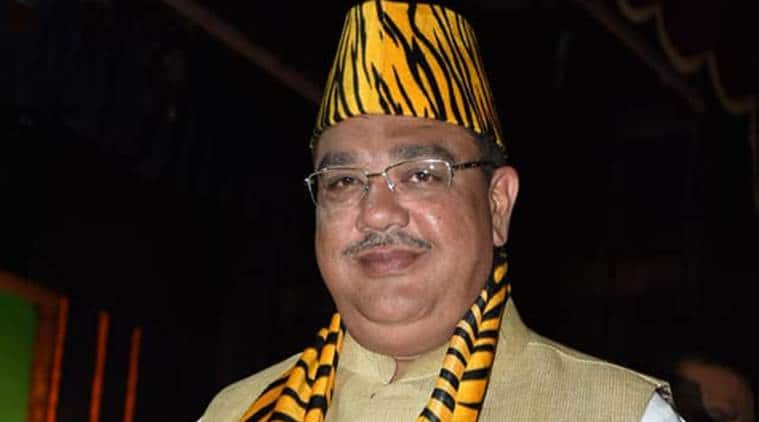 While initial police probe into Sunday night’s attack on Karnataka Congress MLA Tanveer Sait indicate the accused arrested may have links with the Social Democratic Party of India (SDPI), political offshoot of the radical Popular Front of India, whose members have been linked to murders in the state in the past, Chief Minister B S Yeddyurappa has dragged former CM and Congress leader Siddaramaiah’s name into the incident.

Yediyurappa accused Siddaramaiah of indirectly facilitating the attack on Sait, 52, by going soft on the PFI while he was in power.

“According to the information I have received, the attacker is linked to the PFI,’’ Yediyurappa said. “When he was the chief minister, Siddaramaiah had withdrawn all cases against PFI. There were riots in Shivamogga, Mysuru; and there was also a murder. Now an attack has taken place on Tanveer Sait.”

Yediyurappa was referring to the then Siddaramaiah-led Congress government’s decision on June 1, 2015, to withdraw rioting cases filed against PFI activists over violence that occurred between 2009 and 2011, when the BJP was in power in the state.

Similarity in style of attack

Modus operandi of the attack on Tanveer Sait resembles a series of attacks in Mysuru and other parts of Karnataka between 2008 and 2017, all linked to a radical Islamist outfit. The victims of most such attacks were linked to Hindutva outfits, who received machete blows to the neck. The 2016 arrest of a Mysuru man linked to PFI, Adil Pasha, 37, unravelled seven murder and attempt to murder cases that occurred in the region between 2008 and 2016, the police say. Six of these were attacks on people linked to pro-Hindutva outfits, and one victim was a Muslim woman, targeted for allegedly running a prostitution racket

Replying to the accusation, Siddaramaiah, who comes from Mysuru region, accused Yediyurappa of speaking in an irresponsible manner. “I don’t know what was the reason (for Yediyurappa’s comments) but whoever has committed a crime has to be punished,’’ he said.

Siddaramaiah has sought a Special Investigation Team to probe the attack on Sait, his party MLA from Narasimha Raja constituency and a former state minister.

On Sunday night, the accused, Farhan Maqbool, slashed at Sait’s neck with a machete when the latter was attending a wedding ceremony. Maqbool was arrested as he tried to flee after inflicting one single blow with the machete on Sait’s neck.

Sait is considered a moderate politician who draws support from across the religious divide. Maqbool, who worked as a carpenter, is a resident of the constituency.

A senior police officer said, “Material linked to SDPI such as banners, literature and other material has been found in searches at the suspect’s room. There is evidence that he is associated with the group. The investigation is looking for other suspects in the conspiracy.”

The SDPI has distanced itself from the accused.

In a statement, SDPI state president Elyas Thumbe said, “The attack on MLA and ex-minister Tanveer Sait in Mysore is highly condemnable and unpardonable. Such incidents create unrest and anxiety in society. The police should probe the incident appropriately and reveal the real motives behind the incident.”

Maintaining that SDPI is not linked to the incident, Thumbe said, “People participate in election campaigns (but) that does not mean they are permanent members of those parties. Parties are not responsible for acts of those people. Whoever does anti-social acts must be punished and condemned.”

According to police sources, during interrogation Maqbool has given varying reasons for the attack on Sait — including alleged failure to deliver on promises to provide employment, and Sait being an hindrance to SDPI’s prospects in the Mysuru region.

Can smaller districts deliver the goods?