Sugarcane arrears, to be paid by mills to farmers, have come down to Rs 6,667 crore at the end of sugar season 2020-21, the lowest in four years, according to an official of the Ministry of Consumer Affairs, Food and Public Distribution said.

The figure of cane arrears for 2020-21 is provisional and is expected to go down to Rs 6,000 crore in the final data, the official said. 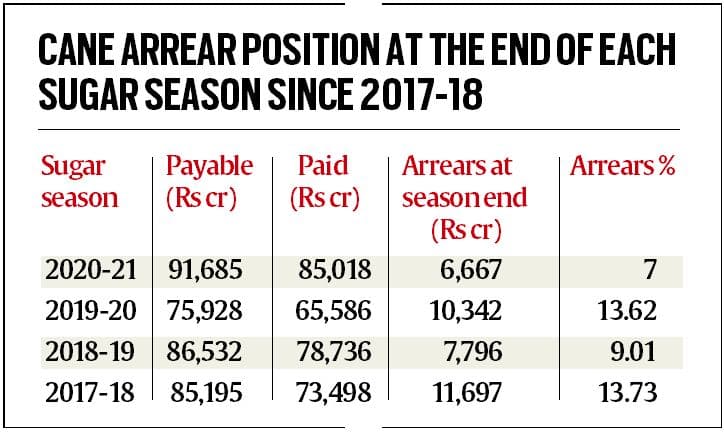 According to the Food Ministry’s data, sugar mills procured cane worth Rs 33,023 crore in UP during 2020-21 season, against which Rs 5,053 remained unpaid at the end of the season.

Mettur sees heavy inflow for second day in a row

KCR Is My Political Godfather