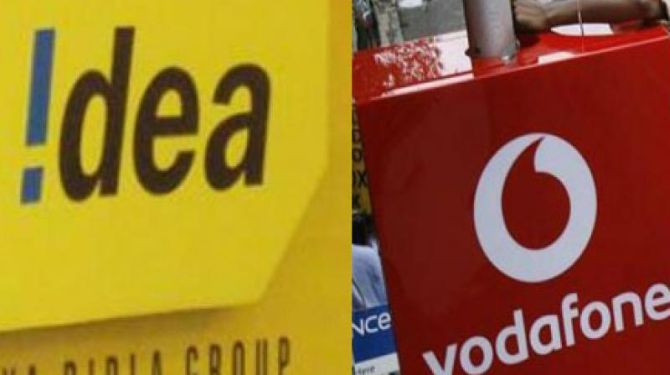 For the first time in at least a decade, Aditya Birla group companies reported losses at the group level in FY19, thanks to Vodafone Idea.

The group firms reported combined losses of Rs 6,134 crore in FY19 against a net profit of Rs 5,414 crore a year ago.

Excluding Vodafone Idea, the group reported a net profit of Rs 8,470 crore, down from a profit of Rs 9,582 crore a year ago.

The trend was similar during the first quarter of FY20, with group companies reporting a combined loss of Rs 3,329 crore during April-June 2019 period against a net profit of Rs 2,004 crore a year ago.

The telco reported a net loss of Rs 14,604 crore in FY19, more than offsetting the combined profits of other listed firms in the group.

The numbers also hint at a steady rise in the indebtedness level at key group companies such as Vodafone Idea, UltraTech Cement, and Aditya Birla Capital.

The group companies’ combined gross debt to Ebitda (earnings before interest, depreciation and tax) – a key measure of indebtedness – reached a high of 7.4x last financial year against 5.6x a year ago.

Excluding Vodafone Idea and Aditya Birla Capital, however, the ratio was more manageable at 3.1x at the end of March this year, unchanged from the previous year.

The group’s overall net debt to equity ratio rose to 1.54x at the end of this year against 1.29x a year ago.

The ratio was 0.57x excluding Vodafone Idea and Aditya Birla Capital, up from 0.53x a year ago.

Sources said that with the exception of Vodafone Idea, where Birla holds 27 per cent stake, the rest of the group firms are doing fine and have a healthy balance sheet.

“The entire telecom sector is in loss, including Vodafone Idea, but the group exposure to the company is limited and has little bearing on the finances of other companies,” said a person familiar with the group’s finances.

“Grasim Industries remains debt free on a standalone basis and the recent spike in borrowings at UltraTech is transitory and the group plans to prepay loans in two years given healthy operating and cash profits,” the person said.

Analysts, however, are more cautious given the headwinds facing the sectors where the group operates in.

“The group is present in sectors such as metals and mining, cement, telecom, textile, and non-banking finance.

“All these industries are facing headwinds either due to global factors or domestic issues affecting the profitability of the specific group companies and it will take a while for things to improve,” a market analyst said on the condition of anonymity.

The analyst said the cement business remains a bright spot for the group and could lift its fortunes if the industry remains on the current growth trajectory.

UltraTech is the most valuable company, accounting for 45 per cent of the combined market capitalisation of the group firms.

The cement major is a subsidiary of Grasim Industries and its numbers are part of the latter’s consolidated finances.

The quantum of losses at Vodafone Idea and its poor earnings outlook have raised concerns about its financial overhang on the group’s overall finances.

For example, a sharp drop in Vodafone Idea share price post its right issue in April forced Grasim Industries to mark down the fair value of its investment in the company leading to a fall in its profits during the first quarter of FY20.

Grasim’s m-cap is down around 15 per cent since the end of March while Vodafone Idea has lost nearly two-third of its value during the period.

The overall group m-cap is down 16.5 per cent during the period.

In contrast, UltraTech’s is up 3.5 per cent during the period.

Aditya Birla group owned around 27 per stake in Vodafone Idea through Grasim Industries, Hindalco Industries, and Essel Mining in June 2019.

Vodafone UK is a senior partner in the joint venture with 42 per stake. Vodafone Idea is now the most indebted company in the group with total debt outstanding of Rs 1.26 trillion at the end of March and net debt to equity ratio of 2x.

The company accounted for nearly 40 per cent of all group debt at the end of FY19.

In all, the combined borrowings of the group’s listed firms grew to Rs 3.18 trillion at the end of March, against Rs 2.24 trillion a year ago.

Excluding Vodafone Idea and Aditya Birla Capital borrowings were up by 5.7 per cent to Rs 80,800 crore.

Ahead of Aaditya Thackeray’s nomination from Worli, Sena holds roadshow

There is no Dushyant in Maharashtra: Sena’s Raut on Maha tussle

Bigg Boss 12: Surbhi Rana to be out of the house in mid-week eviction?

Made of a different fabric