The eight people who were penalised for not wearing masks did not touch the bodies or participate in any of the ceremonies involved in burying the deceased. The bodies were buried by local authorities clad in protective equipment 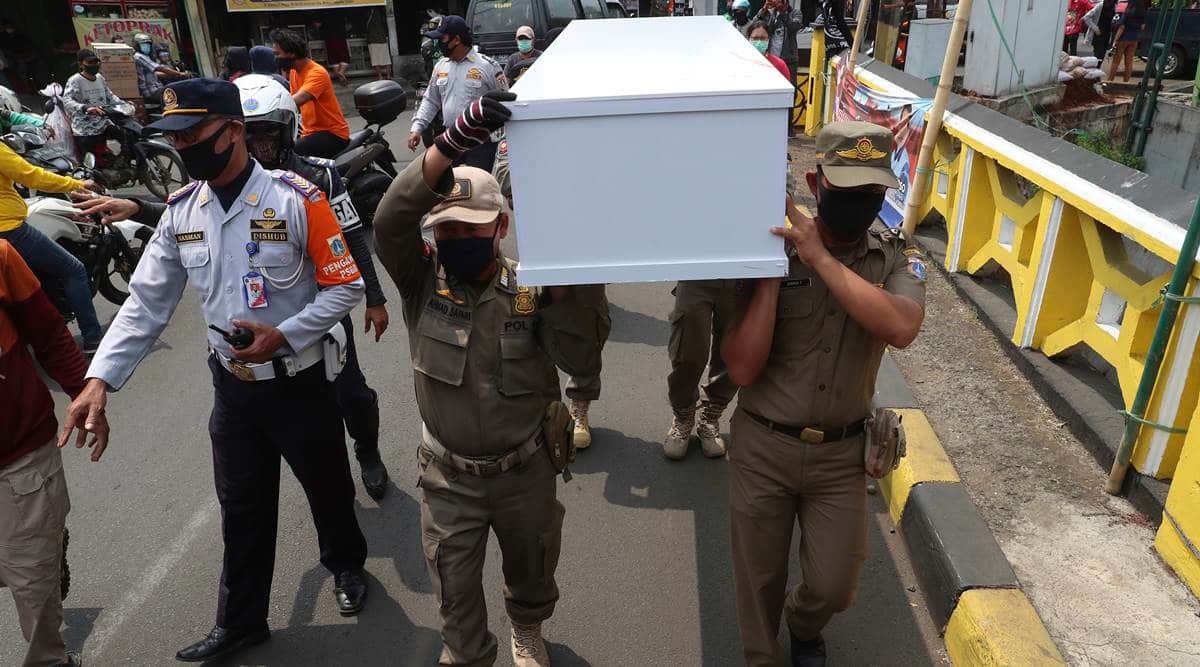 Local authorities in Indonesia’s East Java region found an unconventional way of punishing people who are found violating lockdown restriction amidst an uptick in Covid-19 cases in the country. Recently, at least eight people who refused to wear a face mask in the Cerme District of east Java were made to dig graves for those who have died of the virus, USA Today reported.

According to a report by the Jakarta Times, the district was extremely understaffed and only had three people to dig graves when the pandemic hit. “There are only three available gravediggers at the moment, so I thought I might as well put these people to work with them,” the district’s leader Suyono told the Indonesian news website Tribun News.

“Hopefully, this can create a deterrent effect against violations,” Suyono added. Two rule-breakers were assigned to each grave — one was made to dig, while the other lined the grave with wooden boards to support the bodies. In Indonesia, cremations are not permitted and bodies are generally buried without a casket.

The eight penalised for not wearing masks did touch the bodies or participate in any of the ceremonies involved in burying the deceased. The bodies were buried by local authorities clad in protective equipment, Jakarta Post reported.

Indonesia currently has the highest coronavirus death toll in Southeast Asia with a record 8,965 deaths as of Wednesday, according to Johns Hopkins University data. Wearing a mask became mandatory in the country as early as on April 5.

This is not the first time Indonesia has enforced an unusual punishment for people caught without a face mask. According to a report by the New York Times, police last week forced anti-maskers to lay down in an empty coffin and contemplate their actions as a punishment.

Indonesia has recorded a total of 225,030 Covid-19 cases so far. The country’s president Joko Widodo declared a public health emergency on 31 March.

No alliance or understanding with Congress in any State: BSP