Amit Shah also said while Mamata has called BJP leaders 'outsiders', it is the 'Left that has imported its ideology, the Congress its leadership, and the TMC its votebank.' 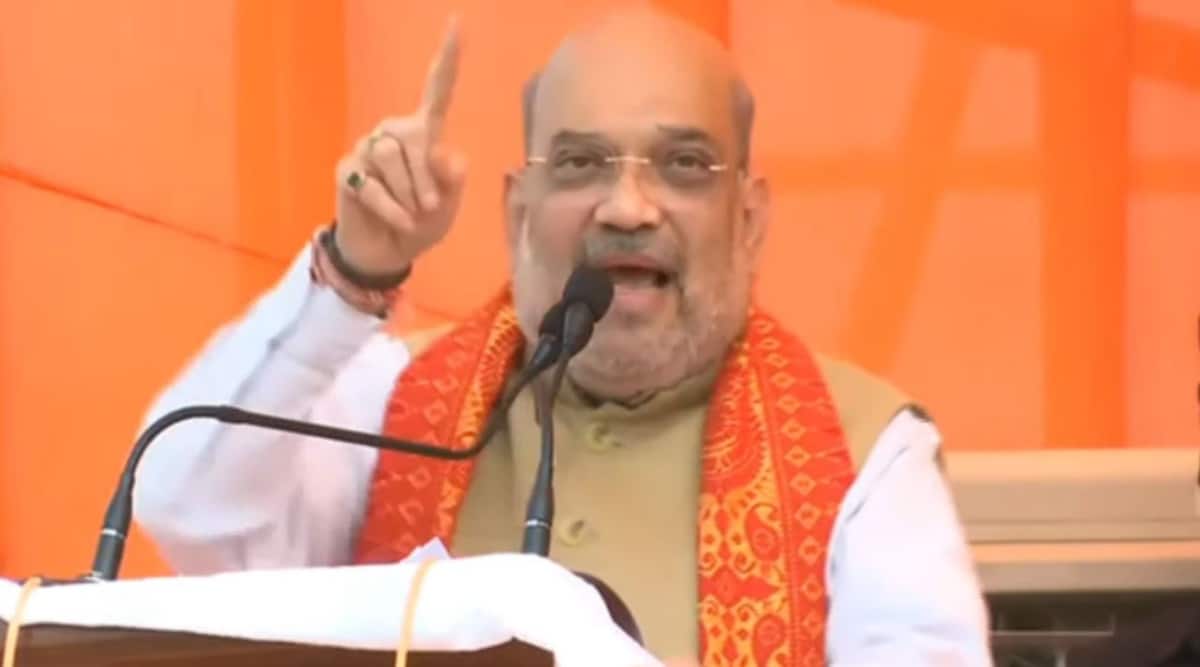 Union Home Minister Amit Shah on Tuesday said the BJP will try to find a “permanent political solution” for the Gorkhas in Darjeeling hills once it comes to power in West Bengal.

Addressing a public meeting in Darjeeling district, Shah said, “Today, I promise that a permanent political solution to the Gorkha problem will be reached by the double-engine government of the BJP, which means a BJP government at the Centre and another one in Bengal. You will not have to resort to agitations anymore.”

It has been a longstanding demand of the Gorkhas living in Darjeeling district to have a separate state of ‘Gorkhaland’. In 2017, violent agitations were held in Darjeeling after the Mamata Banerjee government tried to impose Bengali language on Gorkhas.

However, the Union Home Minister neither uttered the word ‘Gorkhaland’ in his speech nor specified what solution he was referring to.

Shah reiterated that Gorkhas will face no harm from the NRC. “Some leader was telling me about NRC. I said there is no plan to implement NRC here. Even if the exercise is carried out in future, Gorkhas need not worry about it. There will be no harm to them,” he said.

Shah said Banerjee tried to destroy the bond between the BJP and the Gorkhas by slapping criminal cases against “some people”. However, he mentioned that he has no ill feelings against those people.

“Didi has got many killed and slapped cases against many. After coming to power here, we will give amnesty to all such people,” he said without naming anyone.

GJM leader Bimal Gurung, a former ally of BJP, had gone into hiding after several criminal charges were initiated against him for allegedly leading a violent statehood agitation in 2017. He resurfaced in October last year and extended his support to the TMC.

Later, addressing a public meeting in Jalpaiguri district, Shah took a jibe at Banerjee for calling BJP leaders “outsiders”, and said it was the TMC, Left and Congress who have to depend on outsiders. “Am I an outsider? Am I not a citizen of this country? Didi describes the country’s Prime Minister as an outsider. Let me tell you Didi who are outsiders. The communists imported their ideology from China and Russia. The leadership of Congress too is from outside. It has come from Italy. The Trinamool Congress’ vote bank is from outside — the illegal immigrants,” he said.

Schools to be disinfected

After nine years, CBI gets cadre officer as joint director