Farmers who draw their supply from Punjawa minor , Abohar branch and Lambi minor canals in Muktsar and Fazilka said their crops have started to wither due to the water shortage. 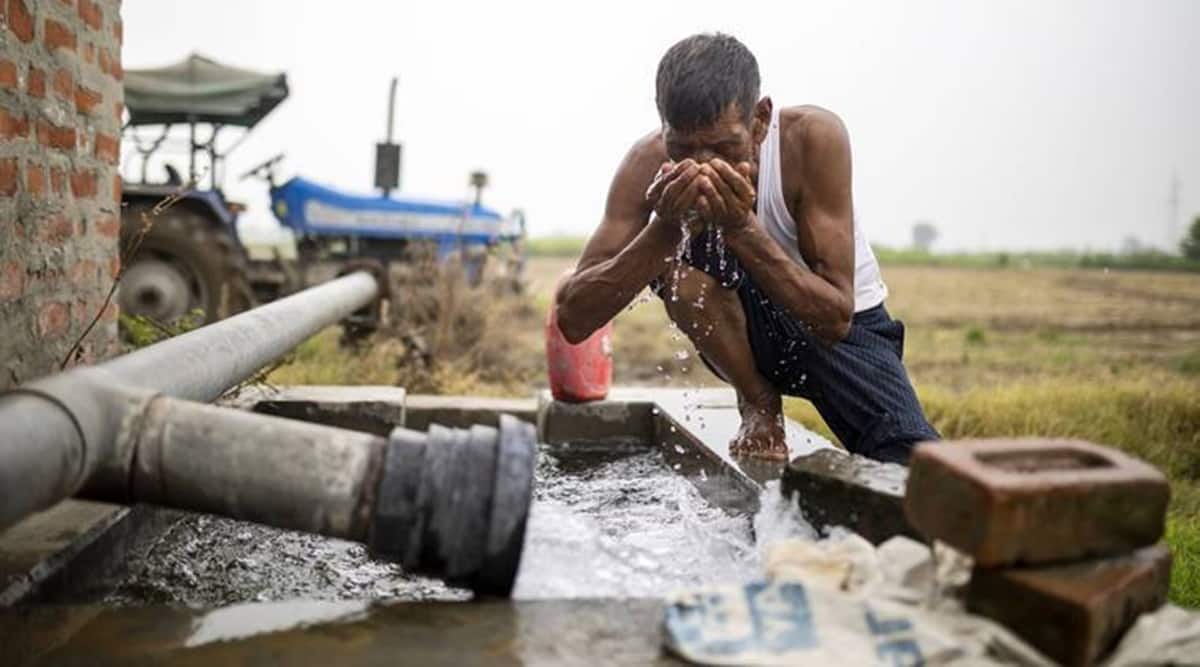 Rains might have entrenched large swathes of Punjab, but more than 200 villages of Muktsar and Fazilka districts, which are mostly dependant on canal water, on Tuesday said that they were still grappling with a water shortage for their crops.

Farmers who draw their supply from Punjawa minor, Abohar branch and Lambi minor canals in Muktsar and Fazilka said their crops have started to wither due to the water shortage. “It hasn’t rained in our areas and most of the villages are at the tail end of the canal system. Water shortage is an annual feature for them. I farm on 15 acres of land. I have a kinnow orchard and as per the government’s water distribution plan, I should get enough water at a time to irrigate at least three or four acres. However, I am just getting enough water to cover one acre of my field these days. So, I need to draw water at least 15 times to irrigate my entire orchard which affects my crops,” said Rajinder Singh, a farmer from Dharangwala village of Balluana constituency of Fazilka district.

He added, “This area is dependent on canal water only as the ground water is unfit for drinking. However, the canals are left with just 50 per cent water by the time they reach our area. So, water shortage is a common phenomenon here.” On Monday, a group of farmers from Lambi, Abohar, and Balluana villages even staged a dharna outside the executive engineer (canal department)’s office in Abohar and later blocked the bus stand road for 2-3 hours to draw attention to their plight.

Bhagwant Singh, a farmer who owns around 50 acres of land in Dharangwala village, said, “A number of farmers have grown fodder for their animals on their fields that are now drying up due to the water shortage. Every year we stage dharnas for water shortage, yet nobody seems to care, whether it is the Akalis or the Congress.”

The farmers also complained that neither are the canals thoroughly cleaned by the officials nor the full quota of water released in them, thereby triggering the water shortage. At the same time, a number of farmers had even got pumps installed alongside the canals that help them draw extra water out of canals, causing a shortage for farmers at the end of the canal.

Sometimes, added Darshan Singh, another farmer based out of Abohar, when it rains heavily, then those drawing water at the start of the canal block the water inlets to their fields. This in turn triggers a flood in the villages, fields that are at the end of the canal.

“Canal water is insufficient for our crops, and hence we are largely dependent upon the rain gods only as we cannot even use groundwater for irrigation. Drip irrigation methods were not adopted in the area as the government has ended subsidies over it,” added Rajinder Singh. Water shortage is often noticed in Balluana, Abohar, Jalalabad constituencies of Fazilka district and Lambi, Muktsar, and Malaut constituencies in Muktsar district of Punjab.

The Indian Express tried contacting Mukhtiar Rana, executive engineer of the canal department, but he was not available for a comment on the issue.

Missionaries of Jesus releases photo of survivor in support of bishop