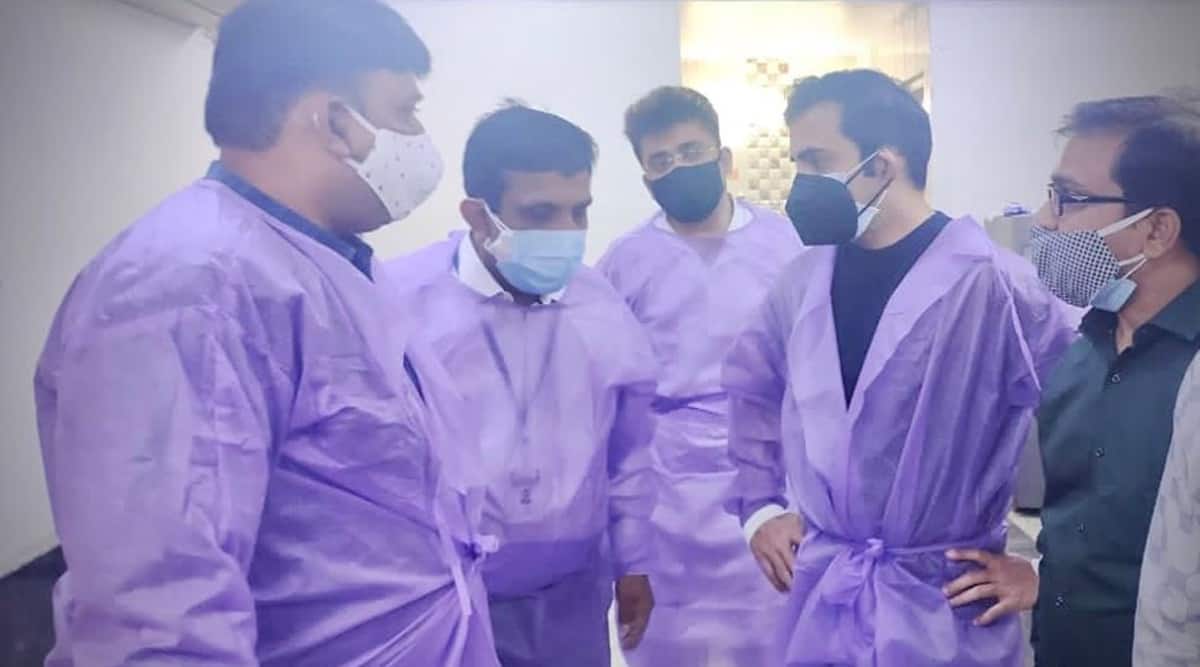 Shortly after the Delhi High Court was told Thursday that the Gautam Gambhir Foundation was involved in “unauthorised purchase, stocking and distribution” of Favipiravir and and medical oxygen, the BJP MP defended his action by tweeting a quote of freedom fighter Bhagat Singh.

“I am a man and all that affects mankind concerns me – Sardar Bhagat Singh,” the former India cricketer tweeted.

Unauthorised purchase/procurement, stocking and distribution of Favipiravir – a drug being used to treat Covid-19 – and medical oxygen, is not permitted by the law.

Delhi’s Drug Control Department also told the high court that it is established that his foundation does not hold any drug license as required by the law for purchase, stocking or distribution of the drugs.

The drug controller submitted that action will be taken without delay against the foundation, drug dealers as also in other such cases which would be brought to its notice. Besides Gambhir, MLA Praveen Kumar has also been found guilty for similar offences under the Drugs and Cosmetics Act, the court was informed.

The court then asked the drug controller to file status reports on further progress in these cases within six weeks and listed the matter for hearing on July 29.

The court had last week rapped the Drug Control Department for giving a clean chit to Gambhir without a proper inquiry into how his Foundation was able to procure a Covid-19 drug in bulk and asked the Drug Controller to file a better status report before it by Thursday.

The division bench of Justices Vipin Sanghi and Jasmeet Singh had said that its confidence was completely shaken and observed that the report is not worth the paper it is written on, while rejecting it. “If your Drug Controller is not interested in doing the job, then we will ask that he be removed and let somebody else take over. What investigation? This is trash. There is no legal basis to it,” the court had said.

Earlier on May 24, the Delhi High Court had directed the drug body to launch a probe into BJP MP Gautam Gambhir’s procurement of Fabiflu strips, an essential covid-19 drug, in large quantities when everything was in “short supply.”

It also ordered the Delhi Police — handling the investigation of Covid-19 drugs’ hoarding by politicians — to handover relevant material to the drug controller.

How India can combat vaccine hesitancy

Maoist-affected Chitrakot constituency in Chattisgarh to go into bypolls

From classic shows to re-runs of hit shows, here’s what Indian TV has to offer