The case, after two years of hearing, was in its last stages when Additional Chief Metropolitan Magistrate Vishal Pahuja — of the Special MP/MLA court at Rouse Avenue District Court — Tuesday said that he can no longer hear the matter. 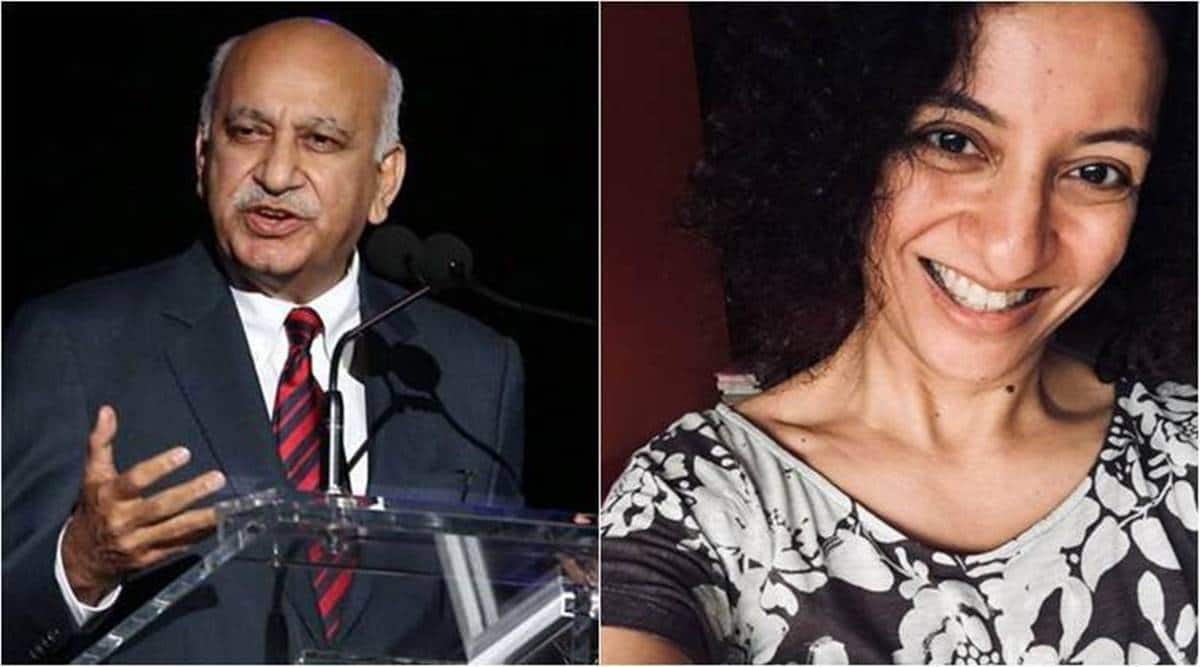 A Delhi court which heard arguments Wednesday whether a criminal defamation case, filed by former Minister of State for External Affairs MJ Akbar against journalist Priya Ramani, can continue before a Special MP/MLA court, cautioned that the consequences of the trial continuing without jurisdiction can be “very dangerous” because the entire proceedings can be construed vitiated and the trial de novo (anew, from the beginning).

An order on the transfer of the case will be passed on October 22.

Ramani had levelled allegations of sexual misconduct and harassment against Akbar who sued her and resigned from the Union Council of Ministers.

The case, after two years of hearing, was in its last stages when Additional Chief Metropolitan Magistrate Vishal Pahuja — of the Special MP/MLA court at Rouse Avenue District Court — Tuesday said that he can no longer hear the matter.

He said this was not a case against an MP or MLA — it was a case filed by an MP — and must be transferred to a court of competent jurisdiction. This, he said, would be in line with the direction of the Supreme Court, and a February 2018 administrative order of the High Court on a dedicated court for cases against MPs/MLAs.

On Wednesday, District and Sessions Judge Sujata Kohli, while hearing arguments of the two sides, said, “This notification was passed in 2018. This case was filed in 2018 only. None of the officers took note of it and with due respect, none of the counsel brought it to notice.”

“Now the result is: everything continues — summoning, pre-summoning, the evidence and arguments. What would be the result of this if we say that without jurisdiction, the entire proceedings stand vitiated. I am only saying it aloud, don’t take it otherwise. The consequences can be very dangerous… if we go behind that… it had no jurisdiction and they were doing this trial… the entire trial goes. What it means that the entire trial is de novo, even the pre-summoning de novo, all proceedings are vitiated. So, it’s not that simple.”

During the hearing, Akbar’s counsel, Senior Advocate Geeta Luthra, told the court, “What has happened is both of us are making a joint request: Can we go back to the same court of Mr Pahuja? The reason is that two years ago, it was marked to that court… Now for some reason, the court has transferred it on the ground that cases against MPs/MLAs have to be in that court, but perhaps not the cases by them. There is no bar for the court to hear a matter for or against MPs/MLAs. The court has heard my arguments… and my learned friend’s arguments in reply, only my rebuttal arguments for two days were remaining.”

Advocate Bhavook Chauhan, appearing for Ramani, told the court, “Initially, we would be making a joint request. But I would tender my sincere apologies to her (Geeta Luthra) because subsequently I happened to go through the notification dated 23 February, 2018 which was the basis of this order. Though re-arguing the matter would be a troublesome exercise, we would be happy if this court had passed the order. But eventually, we are bound by the mandate of law because the notification of the High Court specifies that the court had been constituted only for matters which have to be tried against MPs/MLAs.”

District Judge Kohli initially agreed with Luthra’s arguments: “You are right to an extent. This notification nowhere creates a bar that other cases cannot be marked to these courts. I have been assigning some cases which were not MP/MLA cases even. There was no embargo, so interpreting in the way in which you are submitting I had been marking certain matters… However, I wanted this aspect to be decided, that someone goes to the High Court or Supreme Court and they decide.”