Widespread violent protests spread to several parts of the country demanding that the Centre roll back its Agnipath scheme on Friday, June 17, 2022, the third consecutive day of the angry protests.

Please click on the images for glimpses of Friday’s rage over Agnipath. 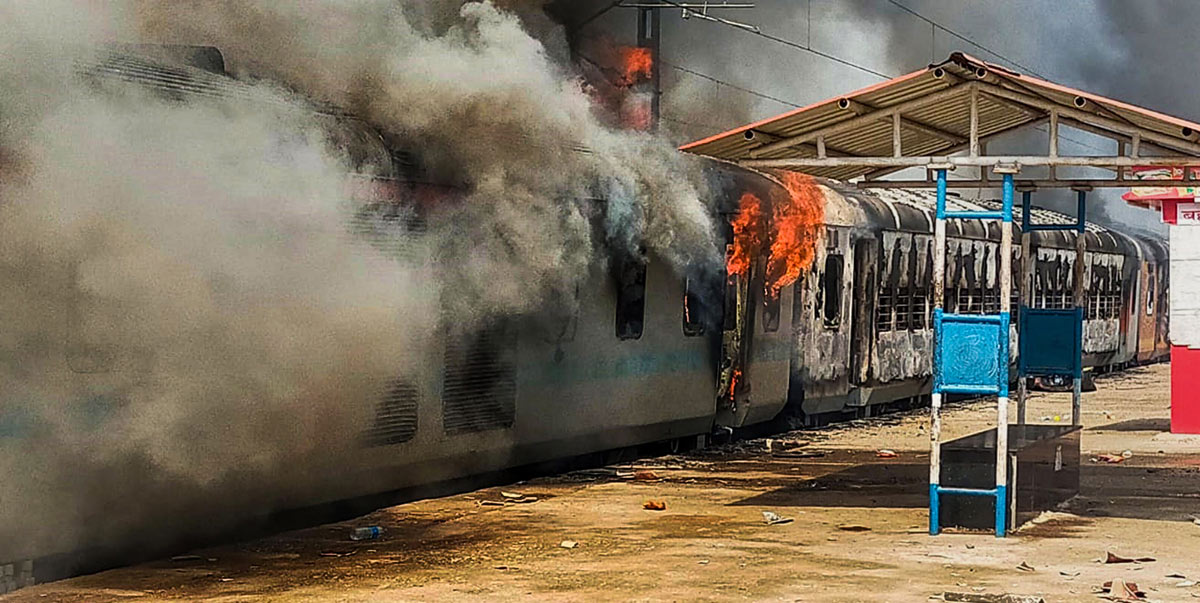 IMAGE: A train set on fire by anti-Agnipath protestors at the Lakhisarai railway station in Bihar. Photograph: PTI Photo 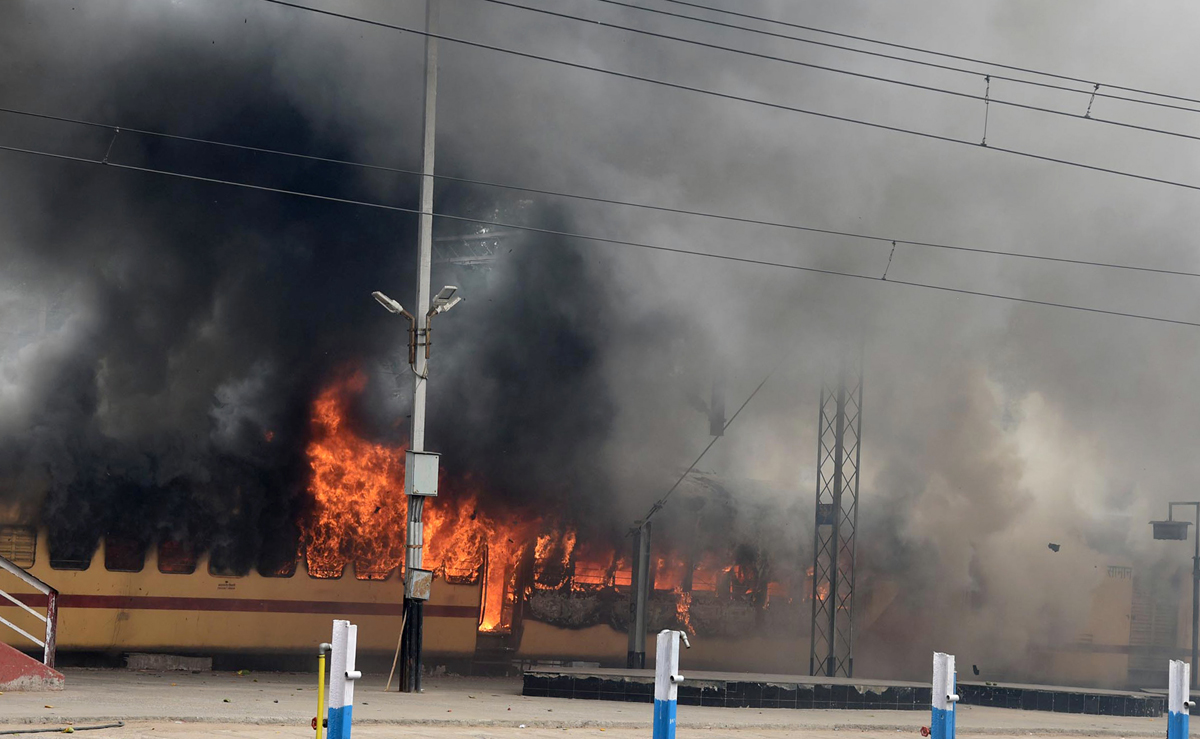 IMAGE: Flames and smoke billow out of the Farakka Express after it was set on fire by anti-Agnipath protestors at Danapur station in Bihar. Photograph: ANI Photo 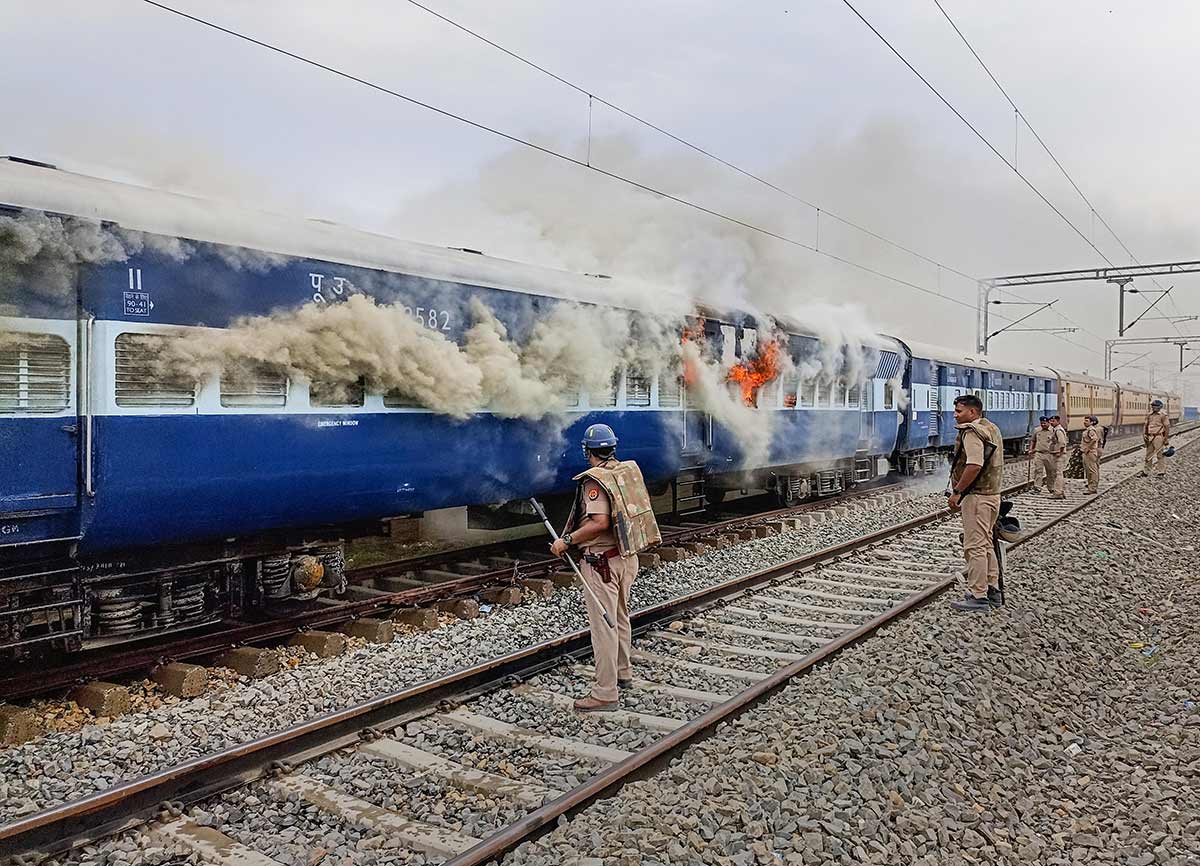 IMAGE: Smoke billows from a train after it was set on fire in Ballia, Uttar Pradesh. Photograph: PTI Photo

‘He raped me’: Actress Annabella Sciorra details an attack to the jury in the Weinstein trial