When the Prime Minister chose his cabinet, the message was loud and clear — politics and governance are two separate entities 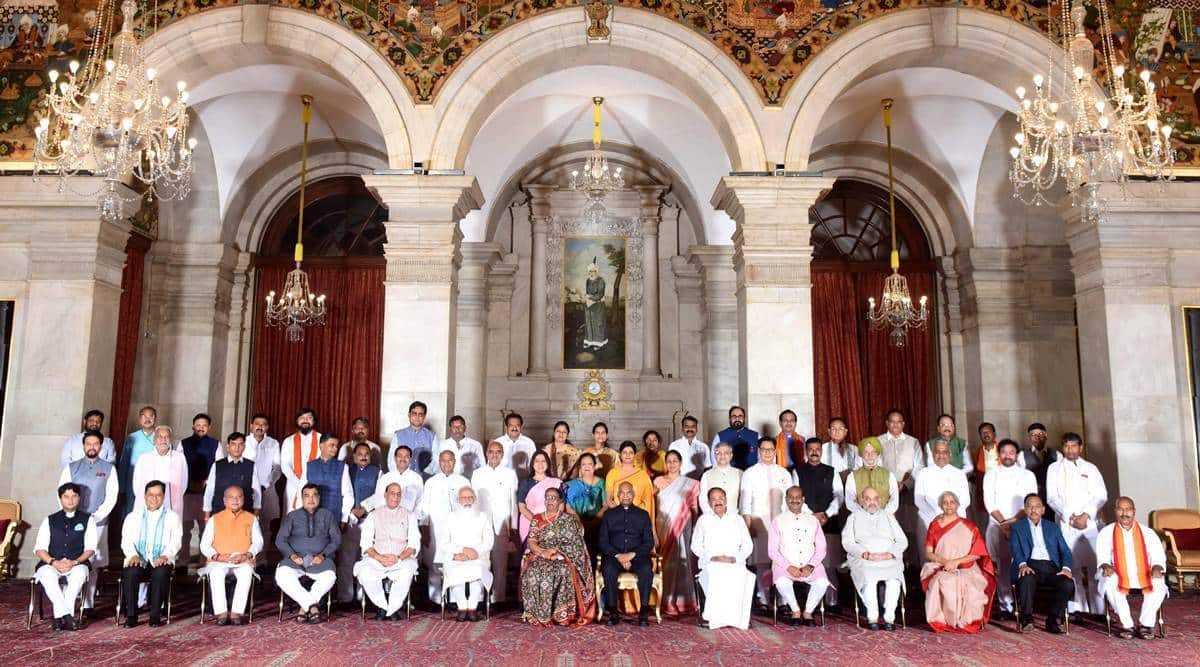 Ram Manohar Lohia always strove for an India which is free from social fragmentation on grounds of caste, colour, creed, gender, class, language etc. The current Union cabinet is an attempt towards realising this goal.

Prime Minister Narendra Modi today heads a cabinet which is a pragmatic and judicious mix of the young, the educated and the experienced. It has a unique combination of experience and enthusiasm which will write a new chapter of success and progress in Indian polity and governance.

The newly-expanded Union cabinet also proves that social justice and equity are not mere rhetoric for PM Modi. The proof is in the increased representation of the weaker and backward sections in the Cabinet – 12 from Dalit communities, eight from Scheduled Tribes, 11 women and 27 from OBCs.

Collective governance through proper representation of all sections of Indian society is one of the hallmarks of the Modi government. While expanding his Cabinet, the PM has ensured that no one is left unrepresented — all parts of the country and all sections of our society get their due representation. All states, irrespective of size, have got representation in the cabinet. This is the PM’s way of making sure that policies and programmes are formulated keeping in mind the needs of the entire nation, and that India’s growth is holistic and its fruits reach every corner of the country. It will also make our democracy more mature.

B R Ambedkar firmly believed that without giving proper and just representation to Dalits, backward and oppressed classes in power and governance, their growth and development was impossible. Till now governments just made false promises of proper representation. It is the Modi government which walked the talk by including them in the cabinet. As many as 20 who have been made ministers are from SC and ST communities.

By implementing the Mandal Commission report, former prime minister V P Singh just made a narrow road of social and political emancipation for Bahujans and the backward communities. It is the present government which has made a high-speed expressway of unlimited opportunities for Dalits and the oppressed classes.

Talking about women’s rights and the need for equal representation in governance is one thing, but giving them their rights is another. In yet another unprecedented move, PM Modi has included 11 women in his Cabinet, which clearly reflects his commitment towards women.

The basic yet important goal of the cabinet expansion was to ensure complete representation of India. For the Centre every state is important and holds special significance. The all-round development of the nation is the primary goal of the government. So, when PM Modi carefully chose his cabinet, the message was loud and clear — politics and governance are two separate entities.

Lohia used to say that though capable persons should be given a chance, we should also create opportunities for communities to make them able and capable; the confidence of such communities should be enhanced. A similar thing has happened in the Cabinet expansion where, for the first time, several communities have got representation in the Union government. No previous Union Cabinet has had as many ministers from Dalit communities and Scheduled Tribes as now. Post the expansion, the Union Cabinet has a record 12 ministers from the Dalit communities who come from eight different states. Similarly, today the number of ministers representing the Scheduled Tribes stands at eight, the maximum so far from the Tribal communities.

The Modi cabinet also has the best qualified ministers to run the government, which include seven PhDs, three MBAs, 13 lawyers, six doctors, five engineers, seven former bureaucrats and 68 graduates. After the Cabinet expansion the new “Team Modi” has 88 per cent graduate ministers. It is by far the most qualified cabinet.

Through the cabinet expansion, PM Modi has given a clear message — from East to West and North to South, India will be governed by the collective efforts and contributions of one and all. And for this very reason we today see representation from every state, every community, every caste in the Union Cabinet. The Narendra Modi government truly represents a strong, united India.

‘Back at it’: Cheteshwar Pujara hits the nets with Saurashtra teammates after three months

Excellence in diversity: On scrapping of reservation in IIT recruitment