The Super Cyclone Amphan had left a trail of destruction in South 24 Parganas district where it broke embankments causing saline water to seep into agricultural fields making irreversible changes to the soil texture. Enter the endemic Pokkali rice from Kerala famed for its remarkable resistance to saltwater. 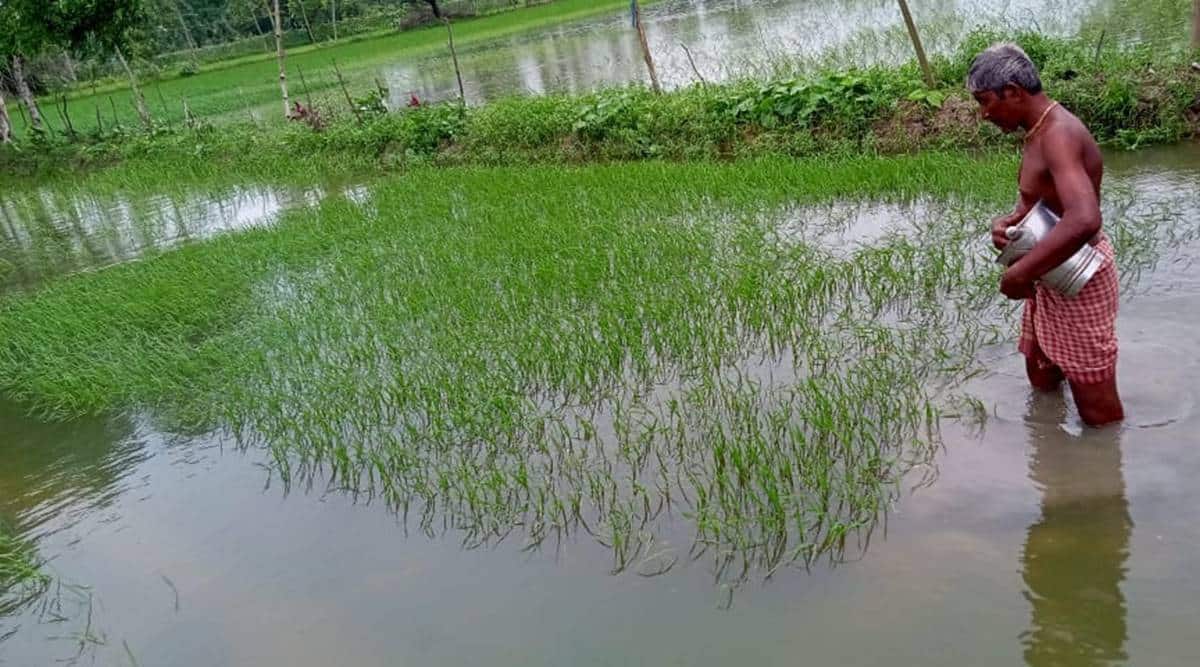 An interesting experiment is underway in the rice fields near Sunderbans of West Bengal to find out if a certain saline tolerant rice variety from faraway Kerala can find new life there.

In mid-May, the Super Cyclone Amphan had left a trail of destruction across West Bengal, particularly in South 24 Parganas district where it broke embankments causing saline water to seep into agricultural fields making irreversible changes to the soil texture.

With the help of the Breakthrough Science Society (BSS), a non-profit working to improve scientific temperament among the public, 5 kg of seedlings of the Pokkali rice from Kerala were packed off to West Bengal in early June where they were sown by two farmers in Kankandighi village in South 24 Parganas. Results are yet to show, but so far, things look good, say officials.

“Within the BSS, we have been routinely discussing the benefits of Pokkali rice farming especially in coastal villages near the sea. Following Cyclone Amphan, when members of the West Bengal chapter of BSS raised the issue (of saltwater incursion in rice fields) there, we suggested experimenting with the Pokkali rice,” said Francis Kalathungal, general secretary of the Kerala chapter of BSS.

Kalathungal, a retired physics professor, has a personal affinity for Pokkali rice as his family have been cultivating it for many decades in Chellanam, a village near Kochi sandwiched between the Arabian Sea and the backwaters. The GI-tagged rice is grown primarily in Cherthala taluk of Alappuzha district, Kochi-Kanayannur-Paravur taluks of Ernakulam district and Kodungallur taluk in Thrissur district, all of which are coastal regions that lie adjacent to the Arabian Sea. At one point of time, it used to be grown in over 25,000 hectares of land across Kerala, but with competition from aquaculture farmers and neglect of the government, Pokkali is now sown in less than 5,000 hectares annually, rapidly turning into an endangered variety, says Kalathungal.

“The name ‘pokkali’ is derived from two words in Malayalam – ‘pokkathil’ and ‘aali’ meaning that which grows high. So, an average crop’s height ranges between 1.5 metres and 2 metres which is quite tall for a rice crop. The method of farming is entirely organic. It needs no fertilisers or pesticides,” said Kalathungal. 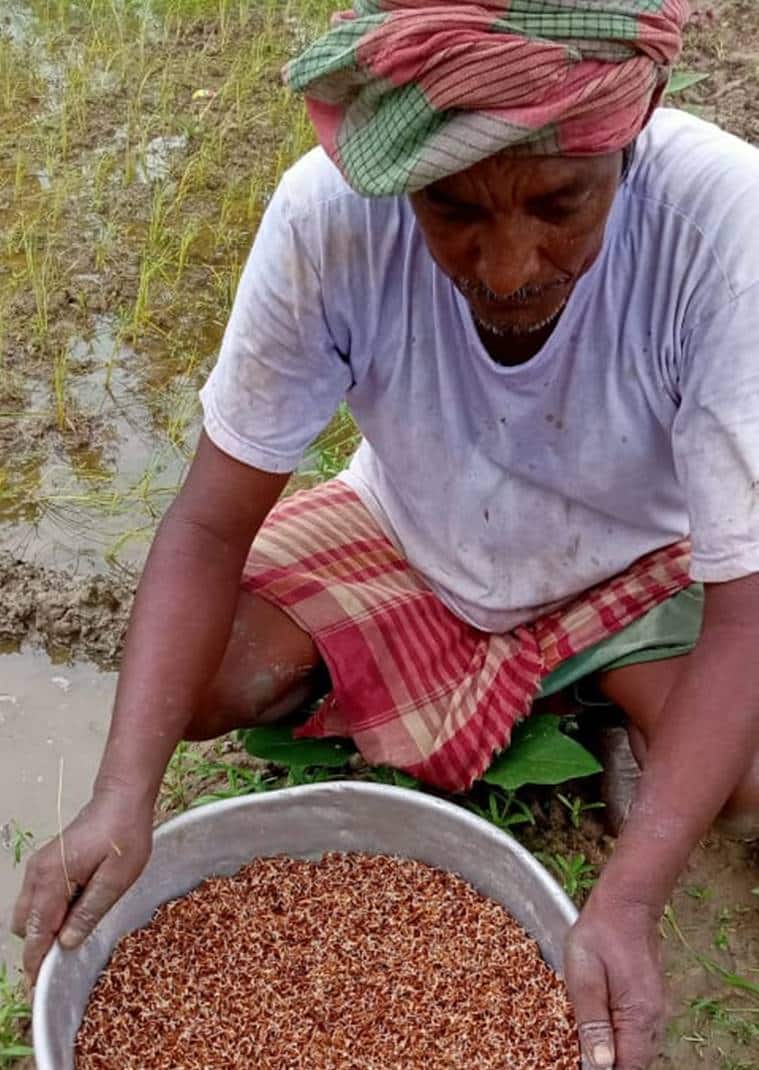 But more than anything, it’s the crop’s sturdy resistance to floods and saline water that BSS officials are hoping to leverage in West Bengal where farmers are bearing the shock effects of a super cyclone that has devastated their livelihoods.

“A vast area in the Sunderbans has been inundated by salt water following the cyclone. The farmers there face the prospect of not being able to cultivate for 5-6 years until the rainwater gradually flushes the soil out. So we realised that the only way to continue cultivation would be to try out a salt-resistant variety of rice. We knew the BSS chapter in Kerala was preserving the (Pokkali) variety so we requested them to send samples. After we got the seeds, we requested a couple of farmers to try it out. They had no idea about this variety and normally they are skeptical about the success of such enterprises. But they agreed to do it. Now, we have to wait until harvest of the crop,” said Prof Soumitro Banerjee, general secretary of the BSS West Bengal chapter.

If the experiment proves successful, more farmers in the region can be persuaded to sow the Pokkali seedlings in the next season, he added.

Asaram arrest, an insider’s account: ‘Headed straight to our net’

No allocation for suburban rail