The Supreme Court’s push for a smog tower in Delhi flies in the face of data and science. 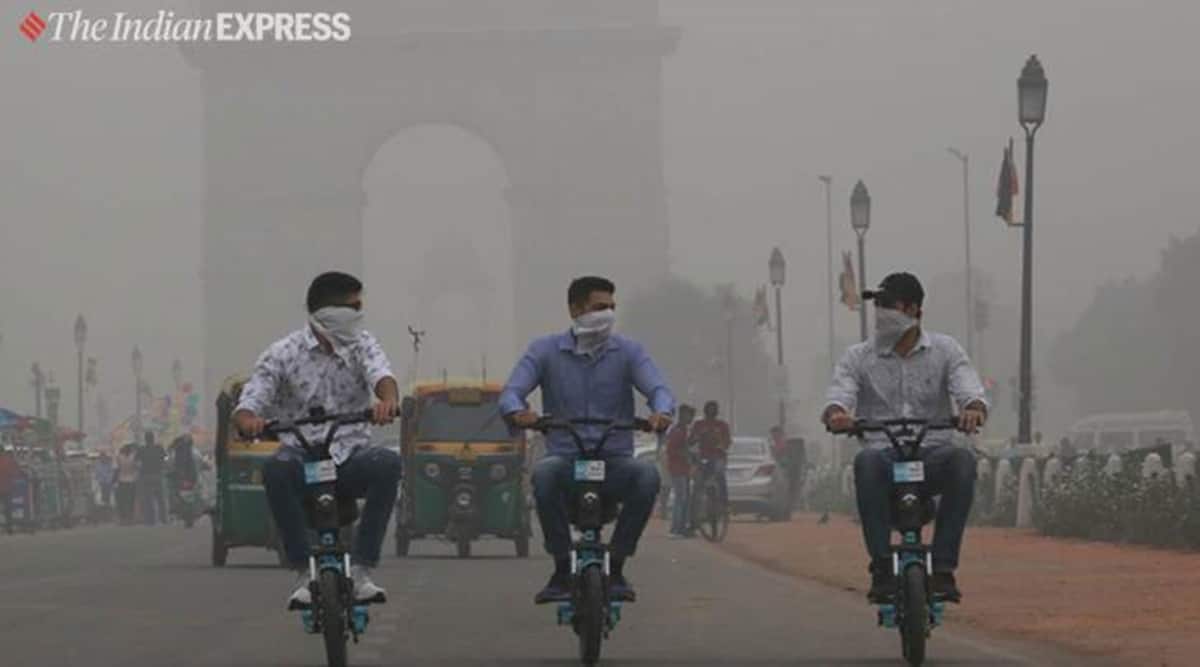 About 10 days ago, on October 9, the Delhi government sanctioned a proposal regarding the installation of a smog tower at Connaught Place. The announcement comes despite a fair share of criticism against smog towers and their lack of effectiveness in even marginally reducing air pollution. The project is to cost Rs 20 crore and is slated to be completed within the next 10 months. Smog towers are devised to work as large-scale air-purifiers. The multiple layers of filters are supposed to purify the sucked-in polluted air before re-releasing it into the atmosphere. The Delhi Chief Minister has claimed that this smog tower will be the first of its kind in the world.

This move has been propelled by a possibly well-intentioned scientific endeavour on the part of the Supreme Court of India to curb air pollution in the national capital. The court not only recommended, of its own accord, but also imposed the mandate to install outdoor smog towers on the government, in what can be called a classic example of judicial overreach. In the complete absence of any comprehensive data and a rush to find quick solutions, even a well-meaning judiciary risks overstepping its boundaries in matters that require more expertise than intention. Moreover, the Court has done complete disservice to existing scientific data that claims the ineffectiveness of smog towers. It has also demonstrated a certain stubbornness in rejecting applications that ask for a more rigorous evaluation of the science behind outdoor air purification, before spending public funds on what scientists privately say will be a complete drain.

Both science and the scientists are against this measure. The deathly silence from those who have been appointed to install the smog towers speaks louder than words. When the Indian Institute for Technology (IIT), Bombay, resisted involvement in the project, the court expressed its displeasure towards the institution for backtracking on a Central government project and also threatened contempt action against it. However, it backed out of the project despite the Court’s censure.

The committee constituted by the Centre was given an incomprehensibly short deadline to come up with the machinery to convert the smog tower proposal floated by the court into a reality. Unfortunately, a building of this reality does not involve the foundation stones of research and data. There is no public access to information that guarantees the desired outcome of these smog towers. There has been no comprehensive study to conclude the feasibility and efficiency of these smog towers, especially given Delhi’s meteorological conditions. In the absence of an in-depth assessment, it is outrageous that the project was not only directed to be implemented, but also rushed.

There is, however, evidence to support the contrary. Scientists, researchers and experts with a nuanced understanding of the subject have raised concerns regarding the unscientific basis of the project, considering smog towers are, in fact, inept solutions to curb air pollution. Smog towers developed and installed by IIT and NEERI (National Environmental Engineering Research Institute) in Delhi, in 2018, were scaled back due to their futility. A smog tower has also been installed at Lajpat Nagar in Delhi.

However, global air pollution experts found that it had not helped reduce air pollution even slightly in its immediate radius. A similar smog tower project, involving the University of Minnesota’s expertise, was implemented in Xi’an, China, over a period of three years; it received scathing criticism for not having had even a miniscule impact on air pollution. This information was also highlighted by the Delhi government in the affidavit produced by it before the court in December 2019. It acknowledges that there is “no publication of the measured data to conclude the impact” in China and “no technical evidence available to critically evaluate the efficacy” of the exercise.

With the sanction of Rs 20 crore by the Delhi government to approve one such tower in Connaught Place, the stage is set for one of the court’s biggest missteps to be highlighted in the national capital, and a public exhibition of the wastage of the taxpayer’s money at a time when the economy can ill-afford it.

Delhi struggles with life-threatening levels of air pollution, intensified during the winter months, on a yearly basis. In an ongoing public interest litigation before the Supreme Court, a bench headed by Justice Arun Mishra (retd.), on November 13, last year, directed the Central and Delhi governments to convene a meeting within the next day to determine the feasibility of installation of smog towers in Delhi. The governments were directed to prepare a concrete proposal regarding the kind of towers and the number of towers within the abysmally short deadline of 10 days.

The pilot project to be implemented at Connaught Place by the Delhi, was proposed by the Ministry of Environment and Forests (MoEFCC), IIT Bombay and IIT Delhi within just over a month of the Supreme Court propounding the idea. In January, the Court directed that the installation of the smog tower should be completed within the next three months — that is, by March 2020. Later having expressed its “literal shock” at the project not having seen the light of the day, on August 31, the bench directed for the construction of the smog tower to be completed within 10 months, i.e. by June this year.

As many as 213 smog towers are required to tackle the air pollution crisis in Delhi, as per a report by IIT Bombay and IIT Delhi along with the University of Minnesota. The court, however, has shown a strong disinclination to take into consideration any of the existing views, opinions and data on smog tower operations, while relying on practically no data to enforce this very costly exercise. When judges decide to act as scientists, they can still demand compliance, but it spells disaster. This awaiting disaster is coming at the huge cost of taxpayers’ money, which can be otherwise used for more practical, effective and evidence-based solutions against air pollution. The focus of any such expenditure should be on reducing emissions at source and measures promising longevity, rather than a misplaced quick-fix approach.

Despite these realities, when an affidavit bringing forth such information was filed before the court in August, it was dismissed citing the arguments against smog towers to be meritless. This order is especially confusing when no merit in favour of smog towers has been established in the first place, and exemplifies the stubborn approach of the Supreme Court. Moreover, the order records that the installation of the smog tower is on a “trial basis”. Is the price of this trial worth it? The Lajpat Nagar tower might very well have worked as the “trial” the court desired.

Later, in September, a fresh application, on the same issue, was filed by the non-profit “Care for Air” before a bench headed by Chief Justice S A Bobde. It was rejected outright since the issue had been considered before, when there was clearly no heed or consideration given to the matter in the first instance.

Given its limited or complete non-understanding of the scientific nature of the issue, the Supreme Court has put much at stake by, first and foremost, delving into the issue unsolicited, and secondly by disregarding compelling viewpoints and research. It is not within the mandate of the Supreme Court to deem such an exercise to be strategically, scientifically and financially wise, and direct compliance. There is no justification, in law, or in fact for the court to have directed the undertaking of this project.

Veera Mahuli is a lawyer who runs an initiative for enviro-legal activism.

Pensioners get exemption from submitting certificates

Explained: Why has the entire board of Cricket South Africa resigned, and how will it impact the game in that country?
Last News

An app to celebrate the writings of P Lankesh launched

An app to celebrate the writings of P Lankesh launched

Divya Agarwal loses father, mourns his death in heart-wrenching note: ‘You are always with me’
We and our partners use cookies on this site to improve our service, perform analytics, personalize advertising, measure advertising performance, and remember website preferences.Ok