In one of the worst fire accidents in the recent history of New York City, 19 people, including nine children, were burnt to death in an apartment building where a massive blaze broke out apparently due to a malfunctioning space heater.

The New York City Fire Department said that approximately 200 of its members were operating on the scene at the apartment building in the Bronx where the fire started around 11 AM on Sunday.

The incident comes days after an apartment fire in Philadelphia killed 12, with eight children among the dead.

“We’ve lost 19 of our neighbours today… Join me in praying for those we lost, especially the 9 innocent young lives that were cut short,” Adams said in a tweet on Sunday. Over 30 people were seriously injured in the incident.

“This is a horrific, horrific, painful moment for the City of New York. The impact of this fire is going to really bring a level of pain and despair to our city… This is going to be one of the worst fires we have witnessed during modern times,” Adams said at a news conference.

Governor of New York state Kathy Hochul said the city is “in shock”.

“It’s impossible to go into that room where scores of families who are in such grief, who are in pain, to see it in a mother’s eyes as I held her, who lost her entire family. It’s hard to fathom what they’re going through,” Hochul said as she joined Adams to provide an update on the apartment fire in the Bronx. The Governor said that she will establish a victims’ compensation fund for the individuals affected by the fire and to help them find new housing and for burial costs.

New York City Fire Department Commissioner Daniel Nigro described the incident as “tragic” and said that units arrived within three minutes for a call of a fire in the duplex apartment.

“They were met in the hallway with this fire, very heavy smoke, very heavy fire. Units pushed in. The smoke extended the entire height of the building, which is very unusual. Members found victims on every floor and in stairwells and were taking them out in cardiac and respiratory arrest,” he said.

The 32 people were transported to hospitals in life-threatening condition.

“That is unprecedented in our city,” Nigro said. 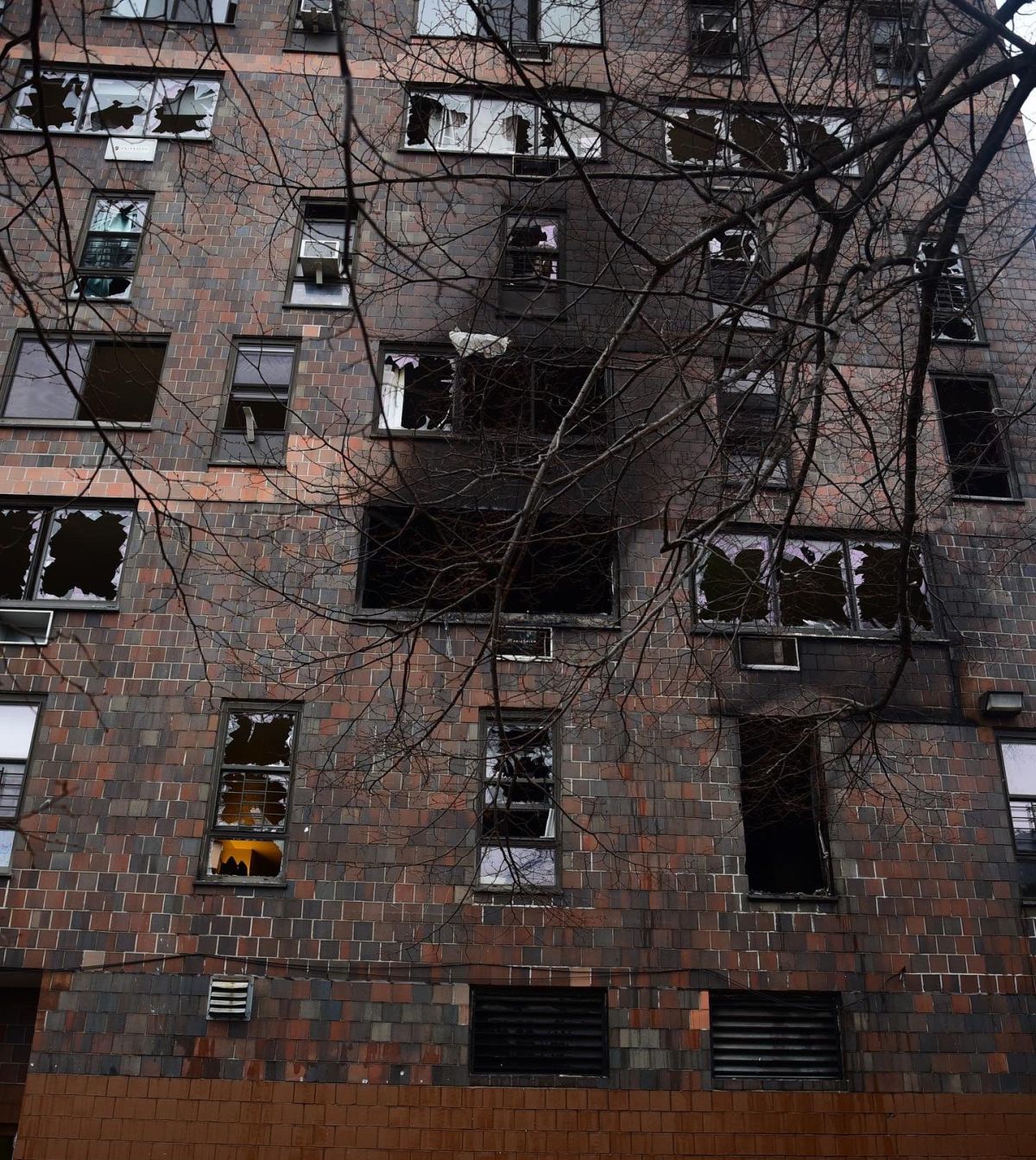 He said that the door to the fire apartment was left open which allowed the fire and smoke to spread. “This fire took its toll on our city.”

The Fire Department issued several messages on social media urging citizens to always close the door when escaping a fire.

Authorities said the fire appeared to have been caused by a space heater in one of the apartments.

Poorest households most in need often left out of PDS, finds study

116 vs 66: Mismatch between Covid toll of Delhi govt, hospital data