The coming year will be one that will test sabka vishwas to the utmost, predicts Aditi Phadnis.

If politics in 2022 were to be defined by faces, three would stand out straightaway, for the change they represent for India in the years to come.

The year started (February) with elections to five states, including Uttar Pradesh and Punjab.

Many analysts claim that the Uttar Pradesh election, which resulted in a second term for incumbent Yogi Adityanath-led Bharatiya Janata Party government, showed a new trend that would repeat itself later in the year in the Gujarat elections 00 a vote for incumbency suggesting Indians were evaluating and rewarding performance over the colour of the government.

It was the Punjab election that launched the first face of 2022: The apparently unstoppable rise of Arvind Kejriwal, chief minister of Delhi, leader of the Aam Aadmi Party and disruptionist extraordinaire.

In voting to instalL in power a lesser known party in a state that is facing an all-round crisis, Punjab announced to the world that it’d had enough of the ‘establishment’ politics of the Congress and the Shiromani Akali Dal.

It fell to the lure of free health facilities, free education, an unemployment dole for women-headed families and the ‘Delhi model’ of government, without thinking too much about how these programmes would be funded.

Kejriwal put out there, in the public domain, a challenge to the notion of ‘more governance less government’ coined by the BJP by arguing that government and governance are inseparable.

AAP would report a good performance later in the year in Gujarat by getting 13 per cent of the votes cast and five MLAs, the highest ever for a third party in a traditional bi-polar state.

That should worry the Congress and the BJP alike, making Kejriwal’s novelty a new political threat. 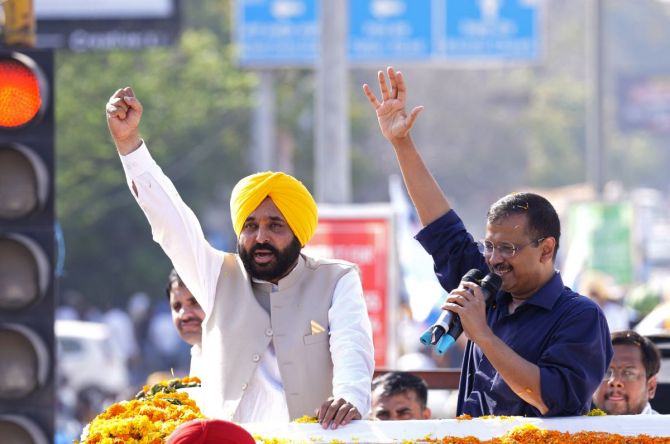 The elections to five states were followed by the election to the President of India.

The election of Droupadi Murmu, the first woman tribal leader, established the BJP’s sway over a community that had seen the Rashtriya Swayamsevak Sangh’s work and its power but had (largely) voted Congress.

Murmu’s election means many things: A new definition of tribal identity, because Murmu changed her tribal name adopting the name of a Sanskritised deity of the Hindu pantheon; but also because as governor, she opposed a BJP-led government in Jharkhand from attempting to divert forest land for industry.

The action reflected not just her own tribal identity but also the BJP’s understanding of the rights of the community.

The ambassador of a Western country posted in India said: “There is no country in the world that does ceremonials like India. When I first saw President Murmu, it was, for me, a metaphor for India: The brilliant lights and crystal chandeliers of the Rashtrapati Bhavan, its pomp and show — and the middle of it all, a diminutive woman in a white sari, in this huge velvet chair, watching proceedings unblinkingly, unfazed by the grandeur and buoyed by the thousands of years of wisdom of her ancestors… it was very impressive.”

The electoral outcome of the Murmu appointment will be seen in 2023 when states with significant tribal population like Madhya Pradesh (21 per cent), Rajasthan (13 per cent), and the north eastern ones like Nagaland and Meghalaya (86 per cent) go to the polls. 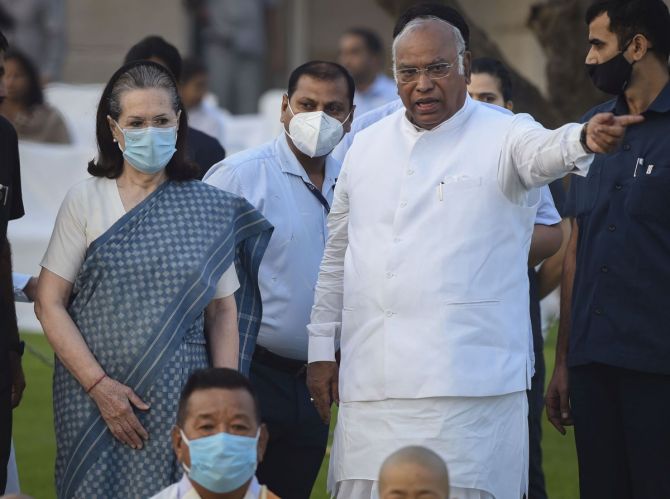 Year 2022 saw the launch of another face: In the opposition.

Mallikarjun Kharge was elected president of the Congress, pending a plenary in 2023.

He replaced Sonia Gandhi whose entry into politics took place on December 29, 1997, heralded by a note that was carried from her official residence, 10, Janpath, to the All India Congress Committee headquarters next door to be delivered to then Congress president Sitaram Kesri.

The brief communication conveyed Gandhi’s willingness to campaign for the Congress in the Lok Sabha polls that were held in early 1998.

Since then, the top job in the Congress has been held by a member of the Nehru-Gandhi family, prompting jibes that it is nothing more than a family business.

As the party lost many elections and faced a shrinking vote share, agitated Congressmen, fearing an existential threat, piled on the pressure for a ‘full-time president’.

Kharge was seen as the family’s choice for president, and fielded in the election; he won it by getting more than 80 per cent of the votes.

Congressmen wanted a charismatic, eloquent speaker who could match Narendra Modi in oratory.

Kharge could find it hard to match that standard.

The party also wanted as a president a man who was available for them, would be his own man and not just a proxy for the family and the group that surrounds it.

In this he has — so far — proved a disappointment.

An earlier decision conveyed by his secretariat — that he would sit in the Congress office at least once a week to be available to workers — has not materialised.

He earlier resigned as leader of the Opposition in the Rajya Sabha, in deference to the one man, one post principle, but has opted to stay on in both positions.

And when the Congress won the assembly elections in Himachal Pradesh, it was MP Rahul Gandhi who asked the 40 elected MLAs to join the Bharat Jodo Yatra, not the president of the party, Mallikarjun Kharge.

With Lok Sabha elections 18 months away, who in the Congress will be the authority to take strategic decisions, like putting up one Congress candidate against one BJP candidate, how much to give up in the states to achieve this objective, etc? Nothing is clear.

“What we should be doing is saying: We will fight the Lok Sabha elections to defeat the BJP; we can decide the candidate for PM later. What we will likely say is: Make Rahul Gandhi PM and put the country right,” said a former Union minister from the Congress.

As India sees the unveiling of a new Parliament building, hosts the G20 and the Shanghai Cooperation Organisation meetings and fetes the president of Egypt on January 26, 2023 promises to be a year of India looking outwards.

But rising internal tensions between communities cannot be ignored.

The coming year will be one that will test sabka vishwas to the utmost.

When Rahul tried to fix his chopper