It also directed the NDMC commissioner to submit within two weeks details of expenditure incurred on its corporators towards their salaries, perks and other official expenditures. 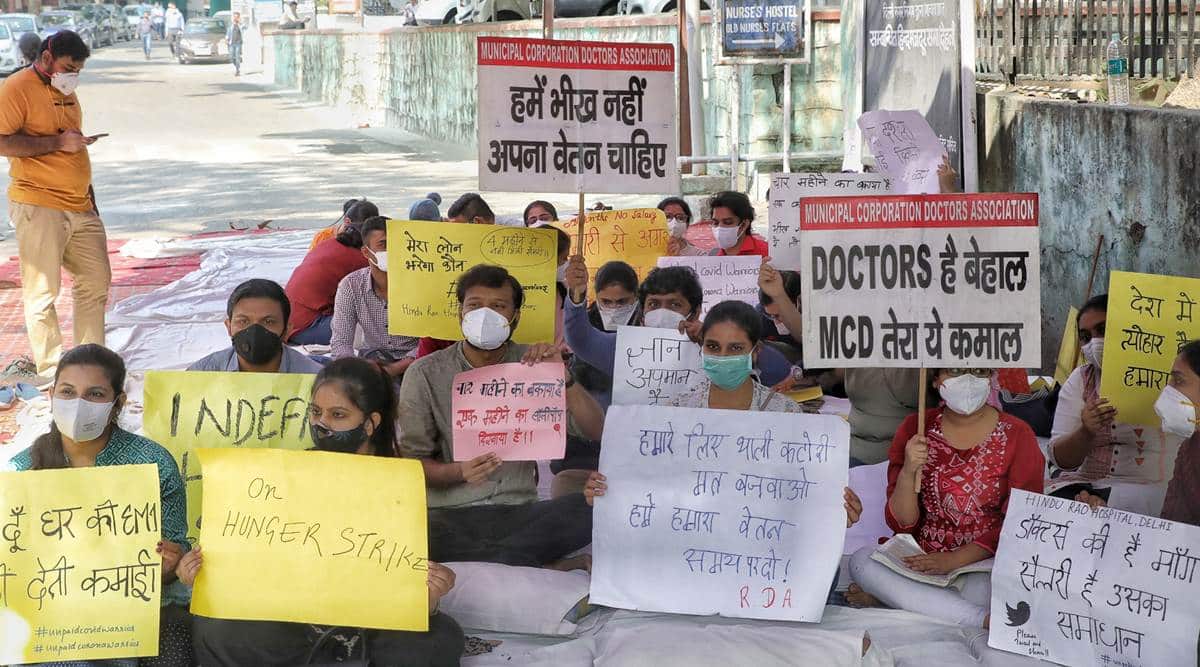 OBSERVING THAT it cannot always be seen as a body which is all the time short of funds and cannot even make payments of salaries and pensions to its employees, the Delhi High Court on Thursday directed the North Delhi Municipal Corporation (NDMC) to revisit its decision of not handing over its six hospitals and the medical college to the central government or Delhi government.

It also directed the NDMC commissioner to submit within two weeks details of expenditure incurred on its corporators towards their salaries, perks and other official expenditures, and said the Delhi government should release an amount of Rs 293 crore within 10 days to the corporation to allow it to pay salaries and pensions.

“The said decision (of handing over hospitals) has to be based on financial prudence. We cannot have a situation where on one hand the NDMC is not able to meet its most fundamental and primary obligation of paying salaries and pensions to its employees and pensioners, and on the other hand it insists on retaining and running the municipal hospitals which don’t generate any revenue but are a source of huge expenditure for the said corporation,” said the division bench of Justices Vipin Sanghi and Jasmeet Singh.

The NDMC had earlier rejected a proposal placed in this regard before the house. However, the court said it was imperative for the NDMC to revisit the aspect and take a financially prudent policy decision. In case the corporation is still of the view that the hospitals should be retained by it, the court said it should explain as to how and from where it would generate the revenue to meet expenditure. The hospitals cannot function in a rundown condition, added the bench.

“It pains us when the people have to come to us and ask for their salary. It pains us. Please understand the pain of the person who has come to court, engage a lawyer, say ‘please pay me my due’. We are pained at the entire callousness and the entire state of affairs,” said the court.
Observing that only class IV employees and doctors should not have to bear the brunt of the financial crisis, the court said that, “We cannot countenance a situation where the corporators, while deriving all salaries and perks and other benefits, remain indifferent and unmindful of the problems being faced by the employees of the corporation, who are rendering their day-to-day services to the city”.

The court also said that it expects every authority including the Delhi government to act with a sense of responsibility in these times. The government earlier told the court that NDMC cannot keep coming to the court for release of funds and should make its own efforts to generate funds to meet its obligations.

The NDMC, which has to pay Rs 293 crore to employees each month in salaries, had told the court earlier that more than Rs 600 crore in salaries and pensions of employees are still outstanding. In order to increase the revenue, the court was told that several properties are being put for auction or given on lease. The expected revenue generation from the exercise would be to the tune of Rs 744.18 crore, it told the court.