Two months after the term of the three statutory development boards lapsed on April 30, the Maha Vikas Aghadi government seems unlikely to renew them. The Indian Express explains the politics of the decision. 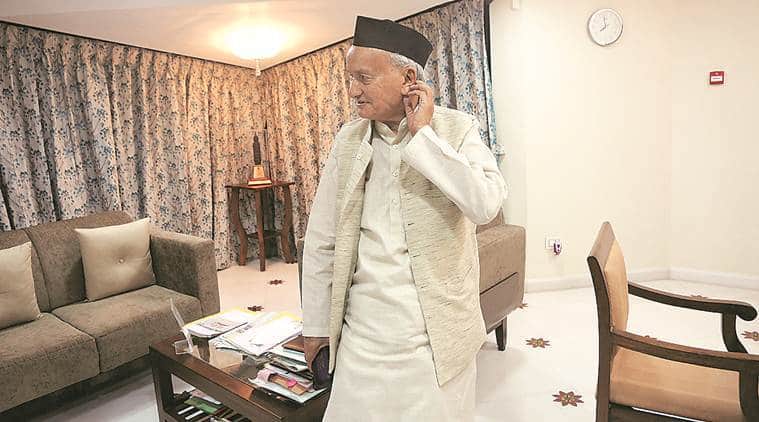 What is the significance of statutory development boards in Maharashtra?

At that time, the state legislative Assembly had adopted a resolution in favour of the boards. However, it was another 10 years before they were actually set up. The demand from Konkan leaders for an independent board for the region was, however, rejected.

Why is the Shiv Sena-led government reluctant to extend the terms of the boards?

The five-year tenure of the boards came to an end on April 30. In mid-April, Governor Bhagat Singh Koshyari had given Chief Minister Uddhav Thackeray a heads-up about this. In subsequent Cabinet meetings, the government discussed the matter but put the matter on hold. Thereafter, it has remained non-committal on the continuation of these boards.

From what transpired at meetings among allies Congress, NCP and Shiv Sena, none are not in favour of allowing the Governor, a BJP nominee, to pick and choose the board members without their approval. The appointment of board members, including chairperson, five experts from NGOs in the fields of economy, agriculture, finance and administration as well as a member secretary, is the jurisdiction of the Governor.

A Cabinet minister said they are not comfortable with the idea of a “Governor’s team” setting the agenda of these boards. Another version emerging is that NCP is opposed to these boards. Instead, it wants greater participation of elected members in determining regional development, indicating that the current system of vesting complete powers with the Governor was not acceptable to it. Another reason emerging from NCP is that the purpose of addressing regional backlog has been served, as the boards were in existence for the last 26 years.

How does the Governor get such a big say?

The President, under Article 371(2) of the Constitution, had assigned the Governor special responsibilities when it comes to development boards for Vidarbha, Marathwada and the rest of the state under the State of Maharashtra (Special Responsibility of Governor for Vidarbha, Marathwada and Rest of Maharashtra) Order, 1994. The Governor is empowered under Rule 7 of the statutory development boards to issue directives to state on regionwide distribution of outlay in annual plan. In Maharashtra, the core area of concern relates to irrigation backlog, which is strictly monitored by the Governor. The government cannot divert funds allocated for such districts to those not facing a similar situation.

What might be the political implications of keeping the development boards on backburner?

Although NCP and Shiv Sena are both not keen on the boards, Congress wants their continuation. Whether it is former chief minister and current PWD Minister Ashok Chavan from Marathwada or Energy Minister Nitin Raut from Vidarbha, Congress leaders have expressed unhappiness over Uddhav’s indecisiveness regarding the matter.

The issue of regional disparities is a sensitive issue, manifesting itself in successive elections in Maharashtra. Together, Vidarbha (62 seats) and Marathwada (48 seats) make up 110 of the total 288 seats in the state Assembly. Of the 48 Maharashtra Lok Sabha seats, Vidarbha has 10 and Marathwada eight.

What is Opposition BJP’s stand?

Former chief minister Devendra Fadnavis has written at least two letters to the CM urging him to continue with the boards. He has said their discontinuation would be detrimental to the socio-economic growth of backward Vidarbha and Marathwada. A dedicated allocation for specified projects executed through these boards under the Governor’s direct supervision is essential, he has maintained. Any attempt by the government to divert funds from the backward region to the economically prosperous western Maharashtra would be injustice on the people of these two regions, he has said. In all, Marathwada and Vidarbha have 14 agrarian distress districts.

Was there any allocation in 2020-21 Budget for the boards?

The Governor had asked the government to set aside Rs 1,400 crore for tackling lack of irrigation facilities over 1.63 lakh hectares in Amravati, Akola, Washim and Buldhana – the four distressed districts reporting high number of farmer suicides.

Of the total annual Budget of Rs 10,235 crore set aside for the water resources department, the Governor had directed that Rs 1237.04 crore be used for irrigation projects in Vidarbha, Rs 1613.15 crore for Marathwada and Rs 3689.81 crore for the rest of Maharashtra.

Where does Marathwada and Vidarbha stand vis a vis rest of Maharashtra?

In constant search of new realms

Babus in Bihar restrained from carrying mobiles at meetings

Kriti Kharbanda: I have been a big fan of Dulquer Salmaan