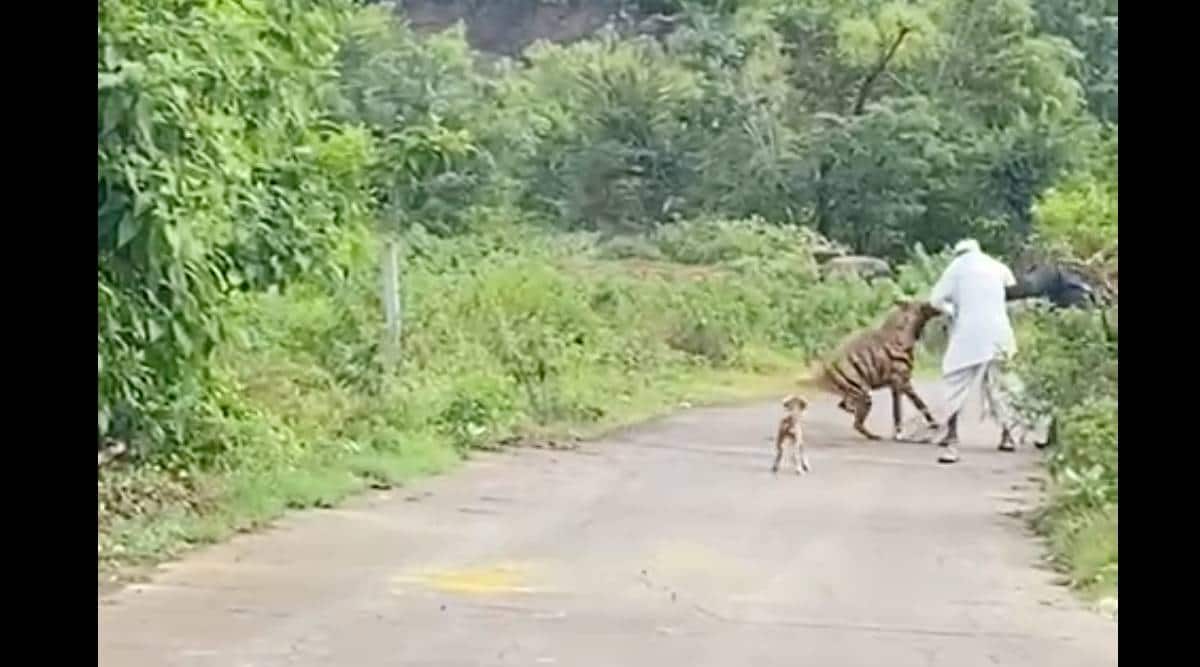 A week after a hyena attacked two people in the Pune district, the state forest department has increased vigil and awareness efforts in the region to avert cases of man-animal conflict.

Pandurang Sahadu Jadhav (70) and a biker Rahul Madhukar Gade (25), were injured in two back-to-back attacks by an injured hyena in Kharpudi village in Khed taluka last Sunday. The hyena was later found dead after being hit by a vehicle. A video depicting the attack on Jadhav had gone viral on social media platforms, and forest officials have now traced the man who recorded it.

Deputy Conservator of Forest (Junnar division) Jayaramegowda R told The Indian Express, “We have traced the person who shot the video. He was from a group of tourists who had visited a temple in the area. The group had seen the hyena just minutes earlier and told the elderly person not to go in that direction. They told him that the hyena was present very close to the road and was possibly unstable. But Jadhav told them that hyenas were common in the area and continued walking in the same direction. Anticipating something would happen, the man started recording a video. We have recorded the videographer’s statement.”

The forest department has initiated the process of giving compensation to the two injured persons, as per norms.

Jayaramegowda added, “Attacks by hyenas are very rare. This hyena was possibly hungry, dehydrated and irritated due to the injury. But we have now increased vigil in the form of patrolling and awareness drive in the area. The area has the presence of leopards, too. Awareness campaigns are being conducted in schools and villages and posters are being distributed to households on ways to deal with man-animal conflict scenarios.”

The spots where the two attacks had taken place are 500 metres apart. Jadhav had sustained an injury on the left hand and Gade on his right hand. Both were taken to a government hospital and started on an anti-rabies vaccination course. “The injury to Jadhav is of a serious nature. Hyenas have very strong jaws. He had to undergo a surgery. We are keeping track of his health,” Jayaramegowda said.