In the video, a policeman in a patrol vehicle is seen recording footage of women at a bus stop in Valluvarkottam. 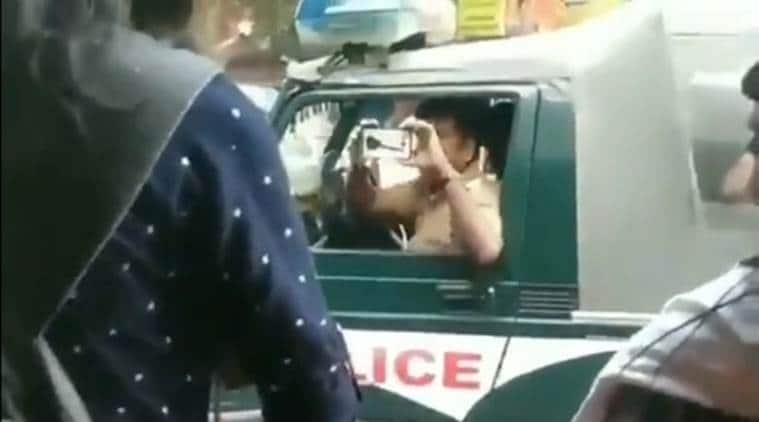 A video of a policeman recording footage on a cellphone in Chennai’s Valluvarkottam went viral Tuesday, triggering fears that the officer was using Facetagr, a facial recognition software developed by the Tamil Nadu Police. In the video, a policeman in a patrol vehicle is seen clicking photographs of women at a bus stop in the area.

The Indian Express verified the location where the video was shot, but could not verify claims that the officer was using the Facetagr app.

Facetagr has been successfully used in Chennai to profile suspects during police patrolling and has played a key role in cracking several cases in the city ever since it was first introduced in the T Nagar area two years ago.

A woman who was present at the spot and witnessed the incident said, “I do not know if he was using face recognition software. But his action was clearly intimidating. There was an anti-CAA protest happening nearby. But he had no business to come to the bus stand and shoot photos of random people, especially women They had also asked us why we were standing there. When we replied that we were waiting for the bus, he suggested to catch the bus and leave early.”

Another person who was at the spot to attend the anti-CAA protest said the protesters were scattered across the area after police tried to prevent entry into the protest venue. “He was probably trying to intimidate us, mostly women, to discourage our participation,” she said.

In the video that went viral, women were seen evading and covering their faces as the officer points the camera at them.

The office of the Chennai City Police Commissioner A K Viswanathan said the Facetagr app is to be used only during night patrolling. When asked about the video going viral on social media, his office said action will be taken if there was any violation.

Girl feared washed away in flood in Sholayar

How Mumbai airport shutdown will affect you