The TMC chief said the Rs 600 per dose cap for private hospitals would encourage “unscrupulous” practices in the market. 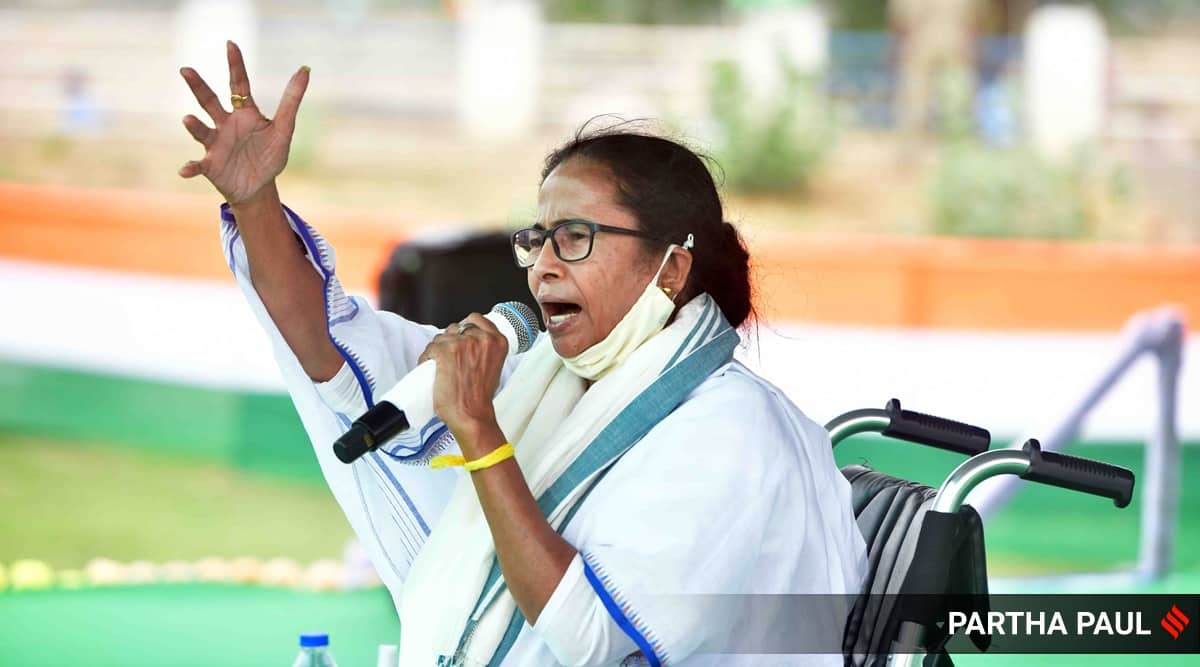 In another letter to Prime Minister Narendra Modi, Chief Minister Mamata Banerjee on Thursday said the Central government’s different vaccine prices for states and itself were “anti-people” and favoured manufactures, and demanded that the shots be administered free of cost across India. This is was her third letter to Modi on the Covid vaccine strategy in the last one week.

“Why should the prices of vaccine be different in cases of state governments? GOI gets the vaccine from manufacturers at Rs 150 per dose while you have fixed for us, the states, a price of Rs 400 per dose! States will need to pay 167 per cent more… This is anti-federal and anti-poor. States will buy vaccine for the poor and young. Hence, your policy is both anti-poor and anti-youth. Such peculiar differentiation of rates is also unheard of in the Indian history. In fact, never ever has any state in this country been asked to buy vaccines in any mass immunisation drive. Let alone at such high rates!”

At a time when coronavirus is wrecking lives, she said, “There is no place for making business by the vaccine manufacturers. Every effort in this situation should be directed towards common good of people without any difference or discrimination.”

The TMC chief said the Rs 600 per dose cap for private hospitals would encourage “unscrupulous” practices in the market.

“I strongly feel that every Indian should get free vaccine, regardless of age, caste, creed, location at one price irrespective of who pays — centre or states,” read the letter.

Earlier in the day, she tweeted: “One nation, one party, one leader shouts BJP all the time but to save lives they can’t have one price for vaccine…”

On Tuesday, Banerjee had called the Centre’s vaccine policy “hollow” and asked it address the shortage of doses. She accused the Modi-led government of indulging in rhetoric and predicted that the vaccine prices would rise with its introduction in the free market.

On Sunday in another letter, Banerjee asked Modi to allow the state to “purchase vaccination doses directly with the state funds and launch a massive free vaccination campaign covering the entire population”. She also highlighted the choked supply of Covid medicines Remdesivir and Tocilizumab.

“The supply of Remdesivir and Tocilizumab is extremely scarce and uncertain today, which has been a matter of grave concern for doctors here…” the letter read.

Family First! Salman Khan to bring in his birthday at the Panvel farmhouse – read details