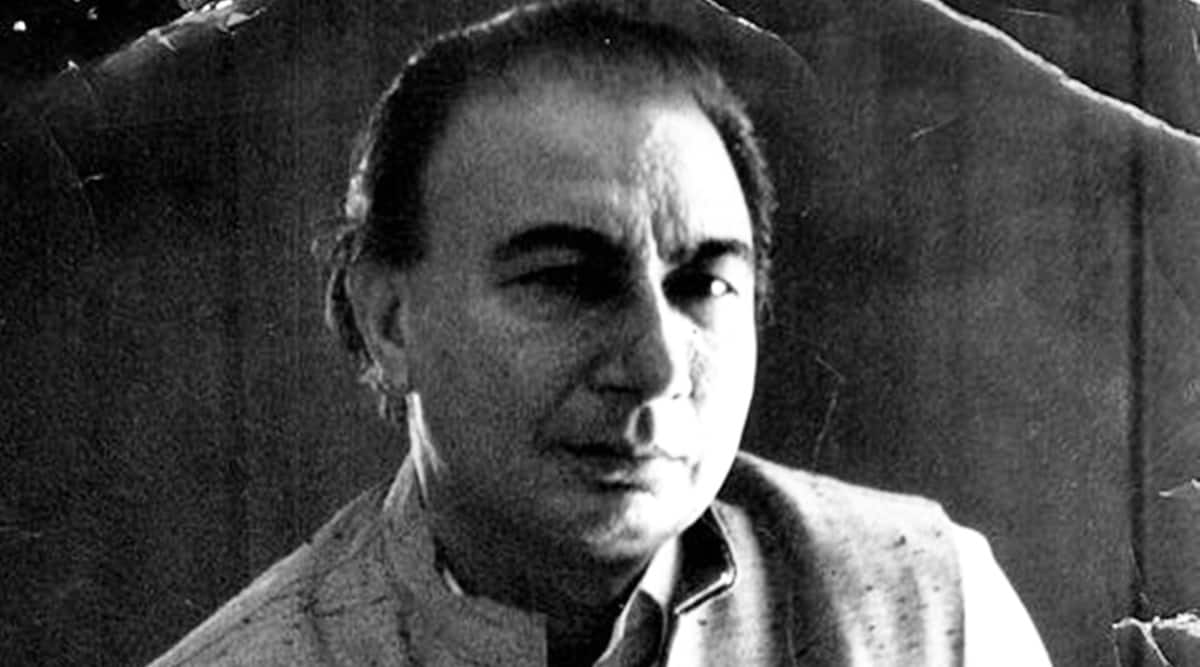 In poll-bound Punjab, the proposed rechristening of a high-rise residential project in Ludhiana by the Congress government has stoked up an unusual political battle involving a politician and a poet — both well-regarded in their respective fields.

Launched as ‘Atal Apartments’ after former Prime Minister and BJP stalwart Atal Bihari Vajpayee in 2010-11 during previous SAD-BJP government in Punjab, the Ludhiana Improvement Trust (LIT) has now decided to rename the housing project as ‘Sahir Ludhianvi Apartments’ — a move that has invited sharp criticism not only from BJP, but also its former ally Shiromani Akali Dal (SAD) which too has termed this move of Congress government as ‘disrespect’ of ‘great leader’ like Vajyapee.

A high-rise housing scheme launched in 2010-11 during SAD-BJP regime, ‘Atal Apartments’ was named after former PM Atal Bihari Vajpayee. Initially, it was proposed that the project will have high-rise flats on 8.80 acres of prime land in Shaheed Karnail Singh Nagar of Ludhiana. The project was launched by Ludhiana Improvement Trust (LIT), a state government body, with a claim that it would be the first high-rise housing project in Ludhiana with apartments up to the 12th floor. During its conceptualization in 2010 and further the launch in 2011, the local bodies department in Punjab was with the BJP. In 2010, BJP’s Manoranjan Kalia was the local bodies minister under whom the project was conceptualized and foundation stone was laid by his successor, Tikshan Sud (also from BJP), on December 21, 2011.

However, even after eleven years, the project is hanging fire and the construction has failed to take off on the ground. Twice, the scheme has been scrapped due to less number of applications received from the potential buyers. In January 2019, LIT had initiated a fresh ‘demand survey’ for 636 flats and invited fresh applications. Nearly 800 applicants deposited Rs 10,000 each showing interest in buying flats but the scheme was again scrapped in 2020. While some applicants then got their refund, others are still waiting with a hope that the project might take off again.

LIT’s fresh move
With Congress leader Raman Balasubramanium as its chairman, the LIT has now proposed relaunching the project with ‘Sahir Ludhianvi Apartments’ as its new name. Born as Abdul Hayee on March 8, 1921 in Ludhiana in undivided Punjab, Sahir Ludhianvi went on to become a celebrated poet and lyricist. Till date, his name is synonymous with Ludhiana and has put the city on the world map. As per the fresh plan, the project will have 576 flats — including 336 for High Income Groups (HIG) and 240 for Middle Income Groups (MIG), costing Rs 37.9 lakh to 47.5 lakh depending on location from 1st to 12th floor.

Uncalled for: BJP
Cornered in Punjab amid the farmers’ agitation, BJP is now trying to bank on Vajpayee’s legacy with this fresh issue and is organising protests in Ludhiana against the move. Its leaders say that they are not against Sahir Ludhianvi who was “undoubtedly one of the greatest poet the country ever had”, but “replacing Vajpayee’s name from a project is totally unacceptable and won’t be tolerated at any cost”.

Senior BJP leader Manoranjan Kalia, who was then the local bodies minister when the project was conceptualized, said, “Congress is setting a very wrong precedent which is completely unjustified and unacceptable. Sahir Ludhianvi has his own place in history, in the world of poetry. But how can the Congress government even think of replacing the name of legendary leader like Atal Bihari Vajpayee who is respected cutting across party lines by one and all and was a PM whom every countryman loved. With this precedent, tomorrow BJP might start renaming buildings named after Congress leaders. I will be writing to Punjab CM Charanjit Singh Channi soon condemning this decision and demand its immediate rollback. This idea to name the project after Ludhianvi is simply illogical. So many other buildings or any other project can be simply named after Ludhianvi to pay him a tribute, why only the one named after Vajpayee is being renamed?”

Pushpinder Singal, Ludhiana district president, BJP, said that it was a good idea to honour Ludhianvi but not by renaming a project dedicated to Vajpayee already.

“Till now Congress government has failed to pay tribute to Sahir Ludhianvi, not a single statue of him has been built. Except for an auditorium at SCD Government College, there is no place or memorial dedicated to Ludhianvi in the entire city. But instead of focusing on making a memorial for Ludhianvi, LIT is now targeting a project named after Vajpayee. It’s because recently we exposed LIT’s move to auction prime land in Ludhiana for peanuts and the auction had to be cancelled. BJP will be protesting across the state if this move is not rolled back and if Vajpayee is disrespected,” he said.

Unjustified: SAD
Yes, the Shiromani Akali Dal (SAD) has also spoken against renaming of the project, even as the SAD-BJP alliance ended last year. Maheshinder Singh Grewal, senior SAD leader and now party’s candidate from Ludhiana West for 2022 polls, said that irrespective of their alliance with the BJP, Vajpayee is respected by one and all. “Vajpayee was not a politician but a statesman. He had his own credentials as a Parliamentarian which no other leader can match. He was not an accidental PM like Rajiv Gandhi.

Tribute to local: INC
Congress leader and LIT chairman Raman Balasubramanium says that it is BJP that is playing ‘petty politics’ on the matter.

“The project has been completely revamped with its entire construction plan etc. changed to make it a complete value for money for people. We also respect Vajpayee ji a lot but we needed a local hero who is related to the city and non-controversial. People suggested that since there is no building or memorial named after Sahir Ludhianvi in the city, we can rename this project as a tribute to him. Our aim is not to disrespect Vajpayee in any way. BJP has totally lost ground in Punjab and is now trying to raise baseless issues ahead of polls. They should instead try to solve real issues first such as that of farmers. Vajpayee never believed in petty politics, but sadly that’s what BJP is doing in his name,” said the LIT chairman.

When I took over, priority was exams and the declaration of results on time: Suhas Pednekar

Explained: Why you must eat singhada in winter