Mani Rao (25), who was carrying the bombs in the petrol-tank cover of his bike was blown to pieces, while his brother Shani Rao suffered injuries but was stated to be out of danger. 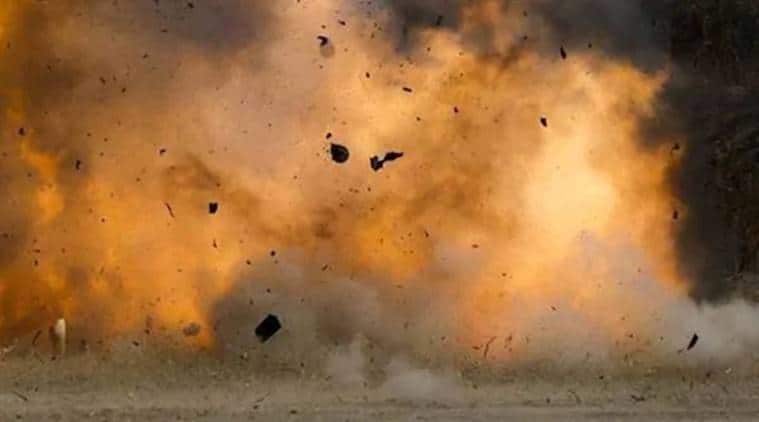 A 25-year-old man was blown to pieces while his brother was left severely injured as the countrymade bombs they were carrying on a motorcycle went off in Adilabad district Monday afternoon.

Mani Rao was carrying as many as four crude bombs in the petrol-tank cover of his bike. His brother, Shani Rao has suffered injuries but is out of danger, police said.

The deceased and his brother are natives of Anji Koregaon of Arni taluq in Yavatmal district of Maharashtra. They were residing at Luxettipet of Utnoor Mandal in Adilabad for the past three months.

The incident took place at Utnoor crossroads in the district at around 2.40 pm, according to police.

Utnoor Police have registered a case under the Indian Explosives Act for illegal possession of explosives against the deceased and his brother. According to police, the duo had prepared country-made bombs for the protection of crops from wild boars. As soon as the blast was reported, the district police pressed a bomb disposal squad into action. However, no other explosives were recovered.

Vishnu S Warrier, superintendent of Police, Adilabad, told indianexpress.com said the two persons belong to a tribe that hunts wild animals like boars, either to feed themselves or to sell their meat in the market. “They are hunters in general. He was carrying four pieces today and when they reached Utnoor x-roads, somehow it got blasted. The brother of the deceased was safe,” said the SP.

“They are nomadic people and keep on moving their bases. During Diwali, they had procured the low-end explosives and prepared the country-made bombs. They throw it to blast. It is like a traditional thing for them,” added the SP.

The area was cleared as nothing suspicious has been found.

For all the latest Hyderabad News, download Indian Express App

IAF flight with 168 people from Kabul lands at Hindon airbase

Dating anxiety is real; here’s what you should know

Rahul Gandhi to address party workers in Jaipur on August 11