The polling for the second phase began at 7 am and is likely to go on until 6 pm with the last one hour reserved for Covid-19 patients and those with symptoms. 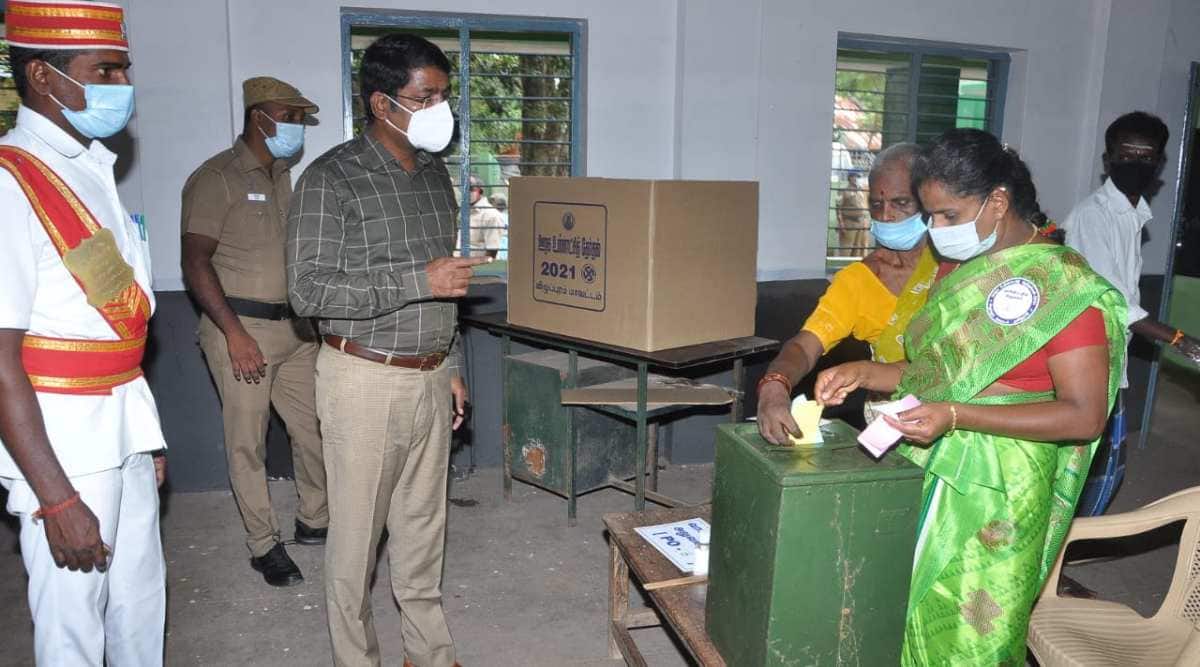 The second phase of the rural local body polls in Tamil Nadu, which is taking place on Saturday, witnessed a voter turnout of 9.72 per cent as of 9 am, the State Election Commission (SEC) said.

Voting is being conducted in two phases in nine districts — Kancheepuram, Chengalpattu, Tenkasi, Vellore, Ranipet, Tiruppatur, Tirunelveli, Villupuram, and Kallakuruchi. The first phase of the voting concluded on October 6. The counting of votes will take place on October 12.

The polling for the second phase began at 7 am and will conclude at 6 pm. The last hour is reserved for Covid-19 patients and those with symptoms.

A total of 76,59,720 voters are eligible to vote across the two phases. The second phase will see polls being contested in 6,652 polling booths in the nine districts. Around 1.1 lakh government employees will be part of the polling exercise. Security has been beefed up in sensitive polling booths and monitored round the clock through CCTV surveillance.

Casual elections, to fill vacant posts, is also being be held in the other 28 districts today.

The first phase of the rural local body polls in Tamil Nadu, which concluded on October 6, witnessed a voter turnout of 74.37 per cent. Voting was peaceful overall with a few instances of boycott, delay in polling, and violence being recorded in some of the districts. There were 79,433 candidates in the fray for 23,998 posts.

Although the last one hour was reserved for Covid-19 patients and those with symptoms, the turnout was considerably low. At certain polling booths, complaints were raised about the lack of facilities for people with physically disabilities. Voters claimed ramp facilities were not available.

During the first phase, AIADMK had accused the DMK of violating the Madras High Court’s order on conduct of elections. AIADMK leaders O Panneerselvam and Edappadi K Palaniswami had also urged the SEC to conduct the polls without giving room to any complaints.

Why migrants are walking home: ‘We know of govt schemes, they won’t help’