The clip of the celebration was uploaded by one user on social media and it had gone viral. The netizens slammed the female students for ‘acting against the culture’ and questioned their ‘upbringing'. 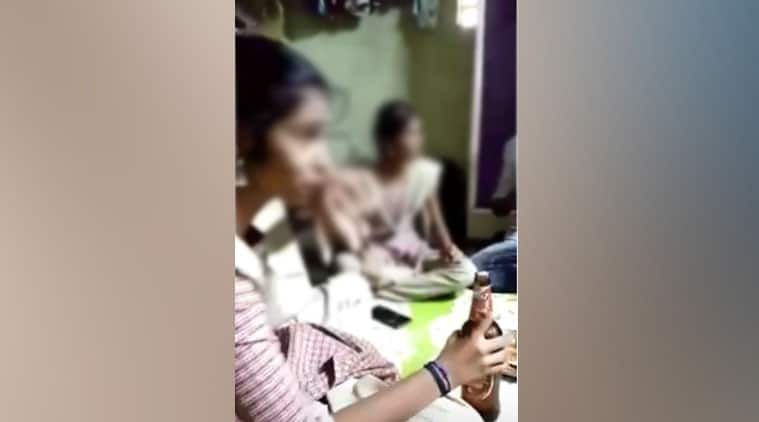 Based on the petition received from All India Private Colleges Employees Union (AIPCEU), the National Commission for Women (NCW) sent a notice to the Principal of Dharmapuram Adhinam Arts College in Nagapattinam district of Tamil Nadu for expelling students for consuming beer along with their male companions during a birthday party. In the letter sent by Shymala S Kundar (a member of the NCW), the committee said that the complaint pertains to alleged cruelty/harassment/Indecent representation of women/right to live with dignity. The institution has been requested to look into the matter and take appropriate action in accordance with law. They have asked to respond to the commission within 30 days.

In December 2019, three female students in college uniform were seen partying alongside their male friends to celebrate one of their friend’s birthday at her house in Sitharkadu village close to the college premises. The clip of the celebration was uploaded by one user on social media and it had gone viral. The netizens slammed the female students for ‘acting against the culture’ and questioned their ‘upbringing’. The issue was brought to the notice of the college authorities who conducted an inquiry with the students, and their parents. The authorities then expelled the students for violating the college rules and behaving in a manner that had brought dishonour to the institution.

KM Karthik, activist and the founder of AIPCEU, reacted to the issue by sending a letter to the college, and the Bharathidasan University to which the college is affiliated, condemning their decision to expel the students. He said the students’ future will be destroyed if they are forced to discontinue their course. He claimed that the young adults should be forgiven for their mistake and they must be given counseling instead of handing out a harsh punishment. After receiving no response from the college and University, Karthik wrote a letter to the National Commission for Women.

In the letter, the complainant said the private college expelled the students without issuing any prior warning and alternate punishments on the action of the students but circulated the dismissal order on social media to publicly shame the students. “There is no question of law in consuming a negligible quantity of liquor in a controlled and safe environment, and that too for the little fun concept. A person (Man or Woman) cannot be denounced or stigmatized for consuming alcohol. Present day birthday’s are celebrated with much excitement by the youngsters as we all now. The films, and TV serials, celebrity models promote such celebrations. It is natural that teenagers fall victim without realising the ill effects. I agree that there is indiscipline and the future of the girls will be at stake in case they become alcoholic. It is the duty of the parents, and most importantly since these girls are hailing from poor background, it is the foremost duy of the educational institution to properly advice, counsel and convert the girl students into much disciplined and honourable citizens. A college is all for realisation and rectification. Instead the educational institution had behaved irresponsibly and selfishly and gone far to violate its basic scope of work,” the letter read.

Senior advocate Sudha Ramalingam told Indianexpress.com that she felt that the students had been suspended and singled out simply because they were girl students, all in the name of ‘moral policing’. “It is moral policing which is being done. Secondly, the institution does not seem to be thinking about the welfare of the students. They seem to be interested in saving their reputation”, she said and added that the incident had not even taken place within the college premises.

“Adults, both boys, and girls consuming alcohol is not illegal even though it is bad for the health. Instead of talking to them, counseling them and ensuring that there is a reason for not consuming alcohol, suspending them from college is not welcome,” said Sudha. While the girls in the video were seen consuming alcohol while dressed in their college uniforms, the senior advocate observed that there is nothing wrong or illegal in consuming liquor dressed in college attire and reiterated that it was moral policing on the part of the institution.

When asked about ways to prevent such incidents from arising in the future, Sudha said, “Everywhere, they spread awareness on the dangers posed by smoking and liquor consumption but ultimately, the same substances are sold by the state. Counseling is needed for youngsters and the state should ensure that alcohol is not freely available everywhere.”

Kidnapped girl handed over to parents

The mosquito man and his poem on malaria