Sushant Singh Rajput death case: So far, 35 people have been arrested in connection with the case since last year. Bollywood actor Sushant Singh Rajput passed away on June 14, 2020 in Mumbai. The case was first being probed by the Mumbai Police and was later transferred to the CBI. Early investigations by the Mumbai Police concluded that he had died by suicide. A preliminary post-mortem at Cooper Hospital confirmed the cause of death as asphyxia due to hanging.

Allegations were made that the death of the actor and his former assistant Disha Salian, who had died on June 8 last year, were linked and the duo had been murdered.

The actor’s father, KK Singh, had lodged a complaint with the Patna police on July 25, naming Rhea Chakraborty, her family members and domestic helps working at Rajput’s residence. In the FIR, he had also accused Rhea of siphoning off crores from the actor’s bank account. None of these charges have been proven yet. So far, 35 people have been arrested in connection with the case since last year.

While the matter is still under the CBI, here’s everything that has happened so far.

The Supreme Court directed the CBI to investigate Sushant’s death case and asked the state to assist with the probe. Justice Hrishikesh Roy said, “When truth meets sunshine, justice will not prevail on the living alone but after Life’s fitful fever, now the departed will also sleep well. Satyameva Jayate.”

Sushant’s family members, fans and friends expressed their relief on social media as they had been pushing for a CBI enquiry into the case. Sushant’s sister Shweta shared on Twitter, “The whole world has relentlessly fought for CBI Enquiry and now it is the responsibility of CBI to uphold our trust in them, we have full faith that CBI will most definitely bring the truth out and justice will be served.”

CBI questioned Rhea and her family members. The NCB was also alerted after chats linking Rhea and her brother to a drug supplier were discovered. This also launched NCB’s investigation into Bollywood’s alleged ‘drug network’.

In the course of their investigation, CBI officials also questioned doctors of Cooper Hospital who had performed an autopsy on the late actor. Sushant was rushed to the Cooper Hospital in Mumbai after his death and his autopsy was conducted there. In October, the AIIMS medical board submitted its findings to the CBI. “It is a case of hanging and death by suicide. We have submitted our conclusive report to the Central Bureau of Investigation (CBI),” said forensic chief Dr Sudhir Gupta. 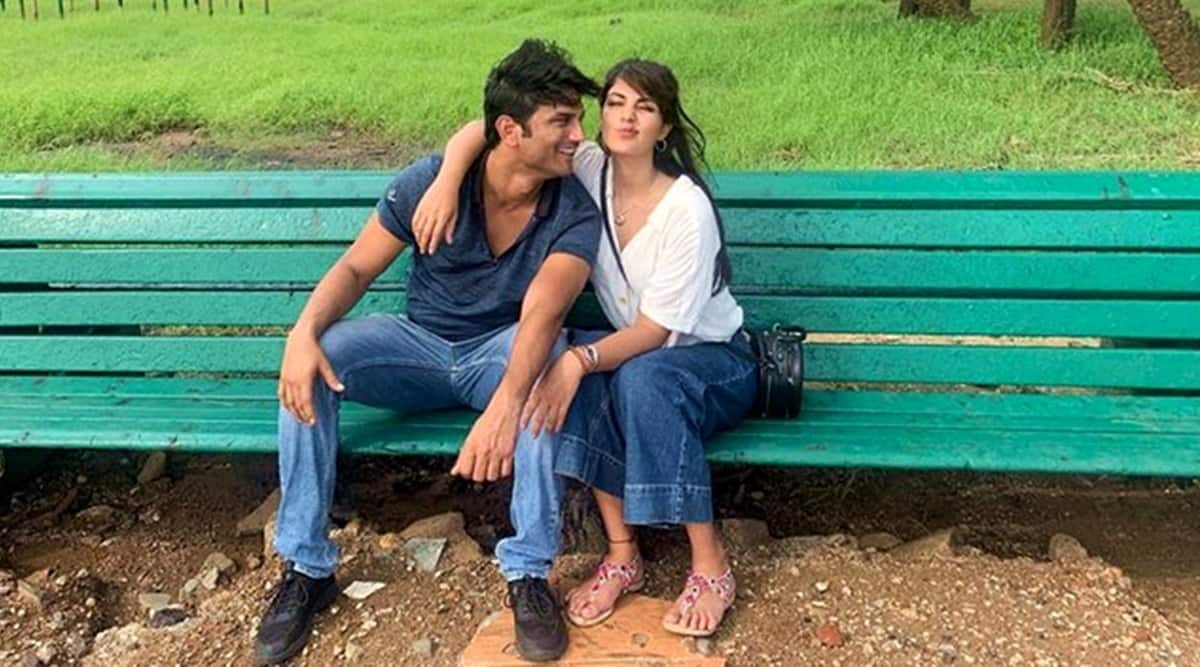 Rajput’s father KK Singh filed an FIR against Rhea Chakraborty and her family members in Patna in July 2020 for abetment of suicide. He said in the FIR, “My son was at the peak of his acting career till May 2019. During that period, Rhea and her relatives developed an acquaintance with my son, under a deliberate conspiracy, so that Rhea could establish herself in the film industry and with an eye on Sushant’s wealth… He was later made to rent a house that was haunted, and that had an impact on my son.”

Soon after, Rhea moved the Supreme Court for a stay on the investigation by Patna police and sought transfer of the probe to Mumbai. Later, KK Singh filed a caveat in the Supreme Court seeking permission to be heard before it passes any order. Enforcement Directorate then registered a case of money laundering against Rhea and her family members. She posted a video message online and said, “Even though a lot of horrible things are being said about me on the electronic media, I refrain from commenting on the advice of my lawyer as the matter is sub judice. Satyameva Jayate. The Truth shall prevail.”

It was alleged by KK Singh that Rhea had taken Rs 15 crore from Sushant’s accounts and was also responsible for giving him the wrong medication.

Rhea Chakraborty appeared before ED over allegations of financial irregularities. Rhea, her brother Showik and father Indrajit Chakraborty were questioned repeatedly by the agency but they did not find any big transfers made from Sushant’s accounts to the Chakraborty family.

Rhea Chakraborty out on bail

In September 2020, Rhea was arrested on charges of procuring drugs for Sushant. In its remand application to a magistrate court, the NCB said, “It is also clear… that Rhea used to procure drugs for Rajput for consumption purposes. Rhea used to manage finances for drug procurement along with Rajput. As per disclosures made by Rhea, she was arrested.” Soon after, her brother Showik was also arrested. She is out on bail now. Ruling on Chakraborty’s plea, Justice Sarang V Kotwal stated, “She is not part of the chain of drug dealers. She has not forwarded the drugs allegedly procured by her to somebody else to earn monetary or other benefits…(there is) nothing at this stage to show Rhea had committed any offence involving commercial quantity of contraband.” Showik was given bail in November, three months after his arrest.

Siddharth Pithani was arrested in May by the NCB. The NCB claims that marijuana was procured for Rajput on his instructions by his two staffers as well as Pithani. The NCB submitted photographs from his laptop claiming that it was ‘incriminating evidence’. The NCB also questioned Rajput’s domestic help in connection with the case. The agency last month arrested one of the partners of a popular Bandra eatery, which is known to be frequented by Bollywood celebrities. The accused, Kunal Jani, was believed to be a friend of Rajput.

The NCB also arrested celebrity manager Karishma Prakash after it claimed that it had recovered 1.7 gm of charas and two bottles of CBD oil from her residence in Andheri.

Through the case, the NCB decided to go after drug use in Bollywood and also called in several high-profile actors like Deepika Padukone for questioning. Meanwhile, actresses Sara Ali Khan, Shraddha Kapoor and Rakul Preet Singh were also questioned separately.

DJB plans to upgrade its staff quarters into ‘smart’ colonies