The movement of labourers has raised concerns among SMEs, who were hoping to start operations soon since the industrial outfits will not be able to work if the labourers leave early. 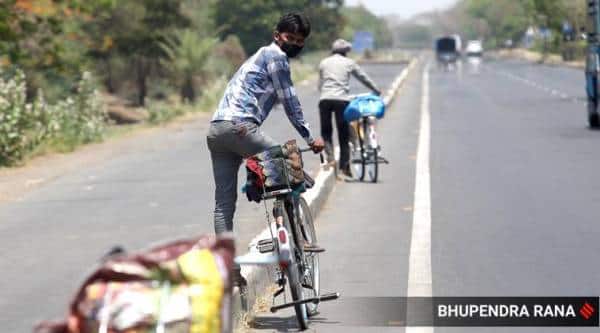 While they wait for clarity from the government on when they can restart operations, small and medium-scale enterprises (SME) in Pimpri-Chinchwad are concerned about the imminent return of out-of-state labourers to their home states.

Meanwhile, labour unions have asked the government to provide more clarity on how it is planning to repatriate stranded labourers.

Following relaxations declared by the central government, various state governments had started the process for return of labourers to their own states. Special point-to-point trains would be run to transport labourers to their home states from the areas they are stuck in since the start of the lockdown. District collectors have opened special helplines and email IDs where applications can be sent.

Labour unions admitted that they are inundated with calls and queries about the movement of labourers as most want to return home at the earliest. Nitin Pawar, convenor of the Angmehnati Kashtakari Sangharsh Samiti and Hamal Panchayat, said there are many rumours that needs to be dispelled. “There are talks about lists being prepared and most labourers want their names on it… we have requested the district collector to open a helpline where officers and our representatives can answer the queries”, he said.

Similarly, Sachin Mengale, senior office bearer of Bharatiya Mazdoor Sangh — the labour wing of the RSS — felt that more than 95 per cent of the stranded labourers would like to return home. Mengale, who is coordinating with labourers from Chhattishgarh, said as many as 10,000 of them are stuck in Pune.

“Only those who are employed in mega projects like the Metro might remain,” he said. Menagle and his union are helping labourers with the paper work to let them go home.

The movement of labourers has raised concerns among SMEs, who were hoping to start operations soon. Sandeep Belsare, chaiman of the Pimpri-Chinchwad Small Scale Industries Association, said that the industrial outfits will not be able to work if labourers left early. “Majority of the 4-5 lakh labourers who are employed in the sector are from outside the state,” he said. SMEs are wary that once they pay the salaries of the labourers, they will leave. A majority of the unit owners have decided to pay part of the salary to labourers and the rest will be paid once the units start, sources said.