The decision was taken during a meeting of Shiv Sena MPs in Delhi, held to discuss various issues in view of the ongoing Parliament session. 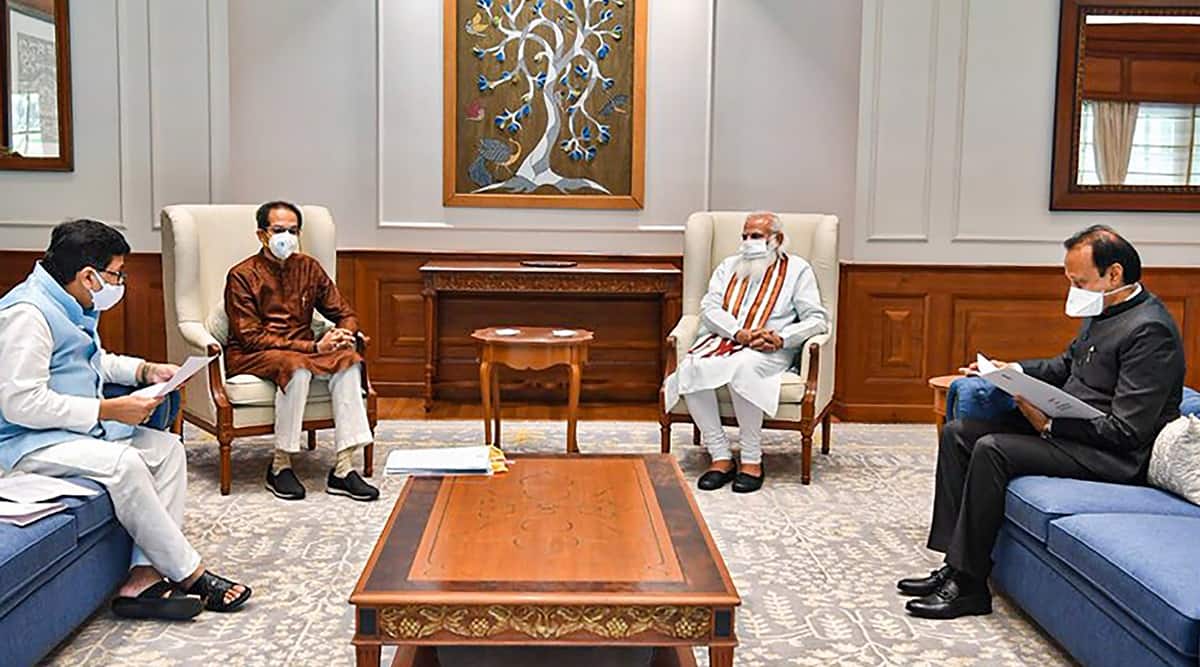 OVER a month after Chief Minister Uddhav Thackeray met Prime Minister Narendra Modi highlighting various issues such as Maratha quota and GST dues, Shiv Sena MPs will seek another appointment with the PM to follow up on the matter and seek quick resolution.

The decision was taken during a meeting of Shiv Sena MPs in Delhi, held to discuss various issues in view of the ongoing Parliament session.

“As per the instructions of Uddhav ji, we will soon seek an appointment with the PM and will further follow up on issues such as Maratha quota and others,” Sena leader and MP Sanjay Raut told media persons.

“The CM had raised issues related to Maharashtra’s development and social issues such as Maratha and OBC quota, Metro, GST dues and others with the PM. The meeting of Sena MPs was held so that we can work together and meet ministers concerned for the follow-up,” said Raut.

On BJP minister Raosaheb Danve’s statement that Sena leaders have not studied the Maratha quota issue properly, Raut said, “Our MP Vinayak Raut has moved an adjournment motion in the Lok Sabha and has requested (the House) to accept it. Then, we will show them how good we are at studies.”

Last month, Thackeray, along with Deputy CM Ajit Pawar and state minister Ashok Chavan, met Modi in Delhi and discussed 12 key Centre-state issues, requesting the PM to take initiative to resolve them. Some of these issues included Maratha quota, OBC reservation in local bodies, a site at Kanjurmarg salt pans for Metro car shed, pending GST dues and crop insurance among others.

‘Yes, we have to prepare for war’