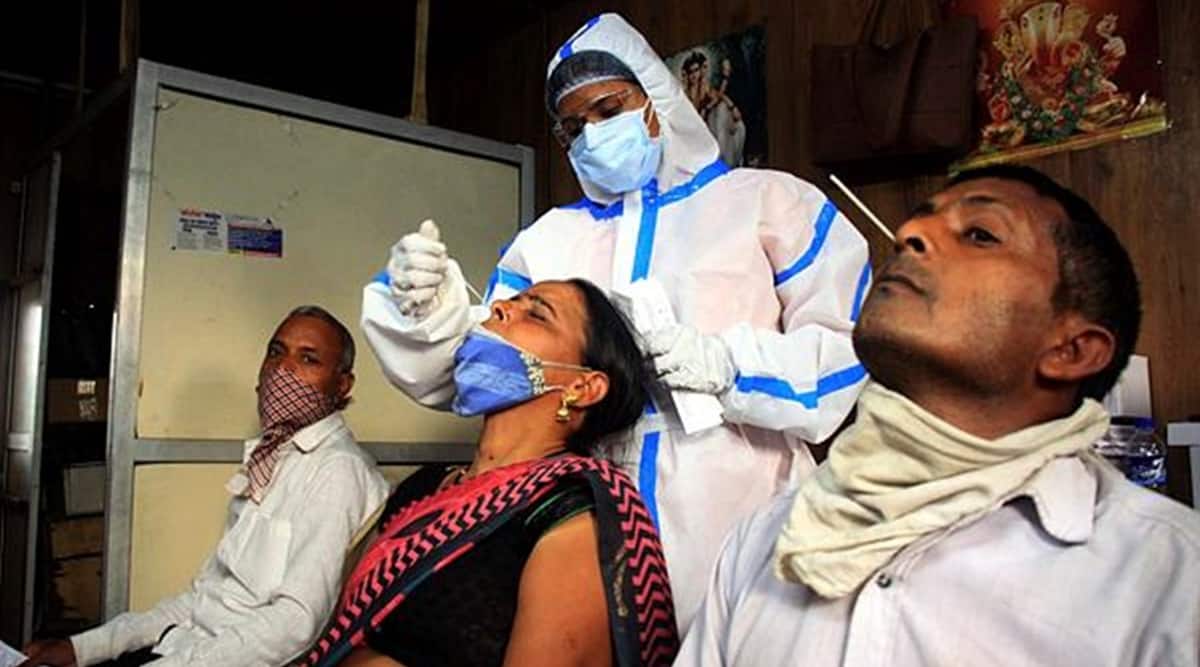 Nandurbar, the tribal-dominated district abutting the states of Gujarat and Madhya Pradesh, has seen an exponential increase in its weekly Covid case fatality rate (CFR) from 1.67 per cent in the last week of April to 7.74 per cent at present.

Nandurbar’s CFR of 7.74 per cent is the second highest in Maharashtra after Nanded, which has a CFR of 9.17. The state average is 2.17 per cent.

Nandurbar’s high CFR is attributed to late detection of cases and testing hesitancy shown by both the public and the administration.

As of Saturday, Nandurbar reported 38,440 Covid-19 cases and 779 deaths. Of the 757 deaths that have been analysed by the district collector’s office, 423 — 55 per cent of total deaths — had occurred within 72 hours of a patient being brought to the hospital.

Officials said that the fear of acknowledging that they could be suffering from Covid and over-reliance on traditional treatments kept many people in the largely tribal society from seeking medical help.

“Late admission is the only reason for the high mortality rate. People were coming to us only when they were in extremely critical condition,” Dr Raghunath Bhoye, civil surgeon Nandurbar, said.

As per latest estimates, Nandurbar has a population of 20 lakh, with 70 per cent comprising tribals. A substantial chunk of this population stays in interior hilly areas like Akkalkuwa, Taloda and Dhadgaon, which are not easily accessible.

While locals said there is no denying that many villagers did not go to hospitals after showing initial signs of being infected, they also slammed the state for not creating the desired healthcare infrastructure in rural pockets that would make treatment accessible.

The interior hilly areas in talukas like Akkalkuwa, Taloda and Dhadgaon are not easily accessible, and locals have to undertake a long arduous journey to reach urban pockets like Shahada or Nandurbar for treatment. Many simply avoided doing so.

“The first wave had not affected the rural area, and everyone was relieved thinking Nandurbar was safe. The administration should have scaled up healthcare infrastructure in rural pockets, but it was not done. They were caught napping during the second wave, when cases started being reported in rural pockets,” said Ajay Gavit, a tribal social activist from Gujar Bhavali village in Nandurbar Taluka.

Nandurbar earlier had only two MD doctors in government hospitals and a total of 70 nurses. It is only now that this anomaly is being rectified, with the addition of two MD doctors from Nashik and 60 nurses being inducted into service.

“The rural area is completely deprived of health facilities with no full-fledged hospital and regular check-ups. Local tribals have to travel to the city for everything, their villages lack access to network and transportation. Rural hospitals are also far away from hamlets. The Asha workers, Arogya Sevaks, health officers and Anganwadi sevikas are short-staffed and there is always a shortage of medicine and medical equipment,” said Gavit.

With the total number of cases in the state hitting a plateau, the situation in Nandurbar has also improved a bit. There are presently no problems of availability of beds in hospitals. It has 28 hospitals, which include seven government and 21 private ones, with capacity of 1171 beds to treat Covid patients. The active Covid cases in the district now stand at around 1,300.

Questions have also been raised about whether the district conducted adequate testing on the local population. Till date Nandurbar has done 1.89 lakh tests, which according to activists is not enough. Nandurbar conducts 94,666 tests per million whereas the state average is 2.49 lakh per million.

“There is a sense of hesitancy among people in even getting tested. We have been trying to visit hamlets and asking people to get tested. But they run away. In many cases they tried to threaten and attack us,” Dr Lalsingh Hueen, a health officer from Jamana village in Akkalkuwa tehsil, said.

Nandurbar, however, has been proactive in setting up oxygen plants in the district. While it did not have any when the first wave hit, Nandurbar Collector Rajendra Bhurad commissioned a plant as early as September 2020.

“We have come a long way from having zero oxygen generation in the district to setting up four oxygen generation plants — three PSA and one liquid oxygen — which are sufficient to cater to 500 oxygen beds. We have managed to reduce our dependency on other districts for oxygen supply,” said Bharud.

While the oxygen initiative has earned praise for the district, elected representatives like BJP MP from Nandurbar Hina Gavit have blamed the state for not doing enough to stem the tide of Covid in the district.

“The oxygen claims are just a gimmick. We are still dependent and are sourcing oxygen from outside. I also have serious issues with the reporting of Covid numbers in the district, and I believe the local administration is underreporting deaths,” Gavit said.

Behind the scenes of the Murajapam Festival at Sree Padmanabhaswamy Temple