The Shiromani Gurdwara Parbhandak Committee (SGPC) granted him a date for the akhand path: March 16. The path concluded Monday. Umranangal attended the bhog of the path at the Golden Temple.

The Shiromani Gurdwara Parbhandak Committee (SGPC) granted him a date for the akhand path: March 16. The path concluded Monday. Umranangal attended the bhog of the path at the Golden Temple.

Nothing out of line here, except for the fact that there is a waiting list of two to five years for the akhand path depending upon the location one picks on the Golden Temple premises.

This comes amid allegations of Shiromani Akali Dal extending moral and legal support to Umranangal who is one of the accused in the cases pertaining to police firing on sacrilege protesters at Behbal Kalan and Kotakpura in 2015. The SGPC has often been accused of being politically controlled by the SAD.

Akhand Path booking in-charge at Golden the Temple, SGPC employee Jagjit Singh Singh confirmed that Umranangal had approached for booking on March 13 and he was granted the spot just three days after booking.

He didn’t explain how the suspended IG was granted the spot and time so quickly. Other SGPC officials were not ready to speak on the matter.

Golden Temple manager Jaswinder Singh Deenpur said, “I will look into the matter how Umranangal got dates for akhand path so quickly. Waiting list for holding akhand path inside the Golden Temple premises varies between two to five years.”

Two Sikhs were killed in Behbal Kalan and several injured in Kotakpura police firing on Sikh protesters in October 2015.

A Special Investigation Team (SIT) formed by Punjab government, to probe the firing incidents recently arrested Umranangal and booked him under sections 120 (b), 201, 218 of the IPC.

The SAD had announced to boycott the SIT soon after the arrest of Umranangal.

On January 24, Justice (retd) Punjab and Haryana High Court Ajit Singh Bains had made a complaint to Akal Takht jathedar Giani Harpreet Singh against the SGPC SGPC for allegedly reserving permanent appointment of akhand path on the behalf of Badal family at Shaheed Baba Gurbaksh Singh gurdwara inside the Golden Temple.

Ajit Singh Bains had sent his complaint via email in which four video clips were also attached. These video clips were purported evidence of SGPC employee admitting that no one can register akhand path at Gurudwara Shaheed Baba Gurbaksh Singh as it is permanently booked for the Badal family.

The Punjab and Haryana High Court Monday issued notice to IG Paramraj Singh Umaranangal after the state government moved an application urging an earlier court order granting an interim protection of seven days to the suspended police official from any action in the sacrilege cases. The government said the order was passed without proper issuance of notice to the State and was disposed off on day one without hearing its side.

Hearing a plea by Umaranangal, who was in judicial custody at that time, Justice Ramendra Jain on March 7 had ordered that the police officials be given a seven days advance notice if he is required for interrogation in the cases relating to violence and police firing at Behbal Kalan and other sacrilege cases. In one case, the Faridkot court on March 11 granted bail to the officer. ENS

Punjab and Haryana HC: Homeless is a pensioner, has enough funds to stay at senior’s home

Cochin Shipyard Q1 profit up by 17% 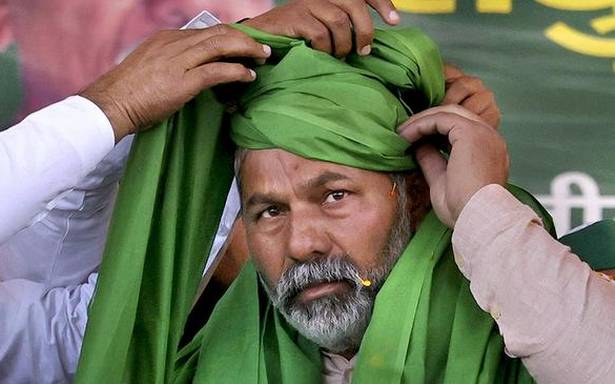