Raising their voice against the Pegasus Row, farm laws, fuel price hike and economic crisis, leaders sought stabilisation of the economy and better redressal of the state’s grievances. 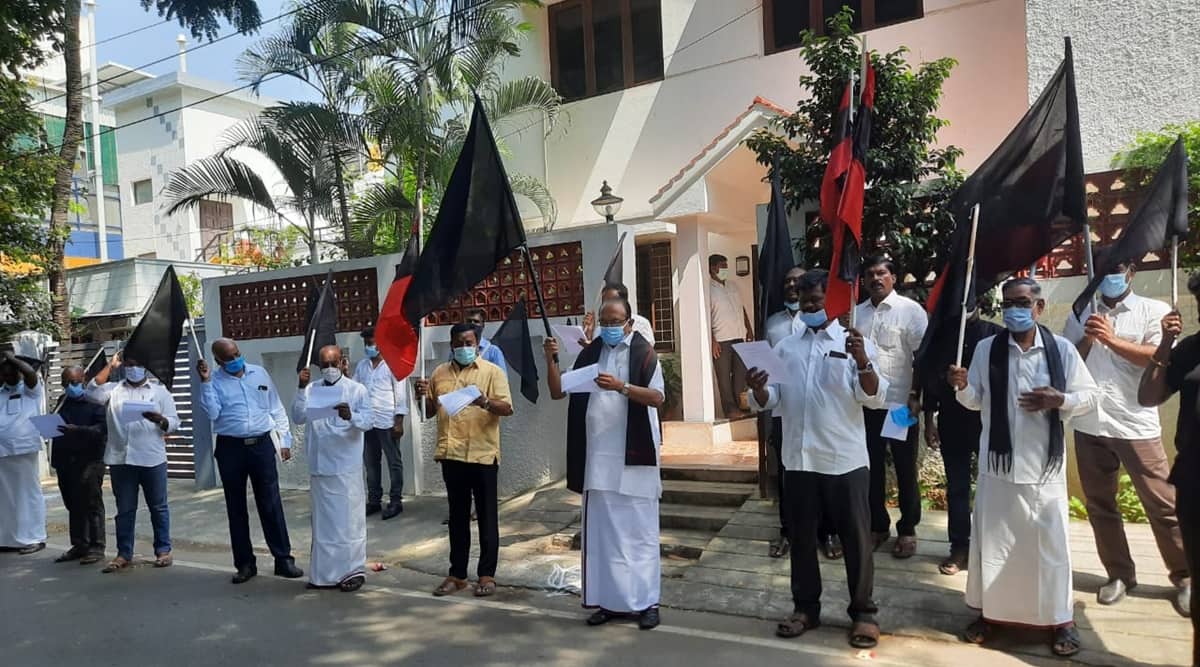 The ruling Dravida Munnetra Kazhagam (DMK) and allies including the Congress, Viduthalai Siruthaigal Katchi (VCK) and the Marumalarchi Dravida Munnetra Kazhagam (MDMK) staged black flag protests at several locations across the state on Monday urging the Centre to withdraw the farm laws and condemning the government’s role in the Pegasus row, hike in fuel prices, privatisation, unemployment and economic crisis, among other issues.

The parties said the protest is against the anti-people policies of the BJP and raised slogans demanding stabilisation of the economy and reduction in soaring fuel prices. Party leaders and activists across several districts joined the protest from their respective locations to avoid gathering in large groups amid the Covid-19 pandemic.

Speaking to the media, Kanimozhi said the Pegasus issue remains unresolved and highlighted that the Centre enacted the farm bills against the will of farmers in the country. She demanded immediate withdrawal of the agricultural laws and pointed out that the government has been increasing the prices of petrol, diesel and LPG even as the economy has been sliding.

“There are no jobs, salaries are cut. When all the prices are raised, how can people manage their day-to-day lives? When this (BJP) government came to power, they promised more jobs but they have not created anything. The biggest issue is that they do not understand what states require, they do not pay heed to any of our requests. We have been continuously saying that education should be brought back on the state list. Everything is being chipped away… the state’s autonomy is in danger,” she said.

All-women police teams will be in action soon