“Everyone wishes that the animal lives long years, perhaps breaking average life spans. Priyadarshini already surpassed her natural life span and that was enough for all of us,” he said. 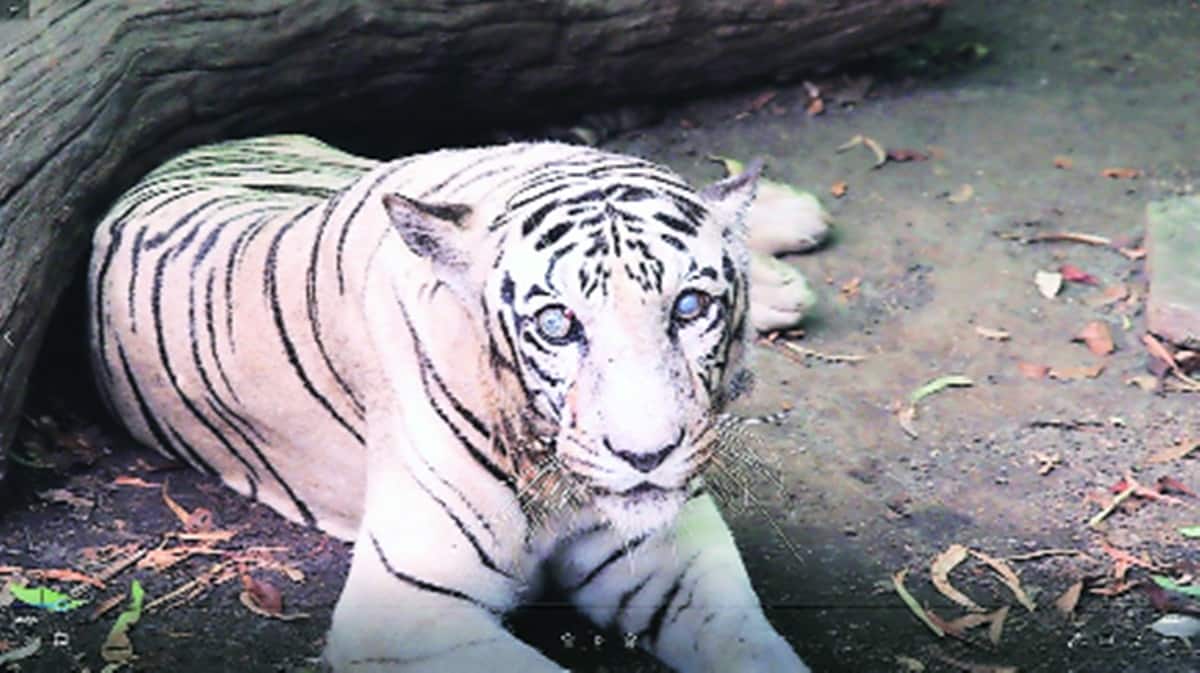 Priyadarshini, a 21-year-old tigress at the Rajiv Gandhi Zoological Park and wildlife Research Center, Katraj, died on Friday evening. The white Royal Bengal tiger, who lost its appetite for four days and was on intravenous fluid, died due to age.

“She was docile with a good temperament and was not aggressive. She lived a long life and had a very peaceful death. Generally, when animals grow older they develop serious health issues… Priyadarshini just lost her appetite for the last four days and was very weak. She later succumbed to age-related issues and passed away peacefully,” said Rajkumar Jadhav, director of the zoological facility.

“Everyone wishes that the animal lives long years, perhaps breaking average life spans. Priyadarshini already surpassed her natural life span and that was enough for all of us,” he said.

Born at the Sanjay Gandhi National Park in Mumbai in 2000, Priyadarshini was transferred to Pune in 2006. She was available for public display until 2015, when she was moved to observational facilities under the guidelines of the Central Zoo Authority, to be looked after by a team of veterinarians and zoo keepers.

“In captivity with good upkeep and healthcare facilities, tigers do live up to the age of 20. But reaching such an age is exceptional. In the wild, on an average, tigers reach the age of 15 to 16. When living in the wilderness, the animals don’t get preventive disease management protocols and healthcare, and hence life spans are shorter compared to their captive counterparts,” said Jadhav.