Delhi saw record-breaking rainfall on August 21 as well, which saw the highest single day rainfall for August in 14 years. 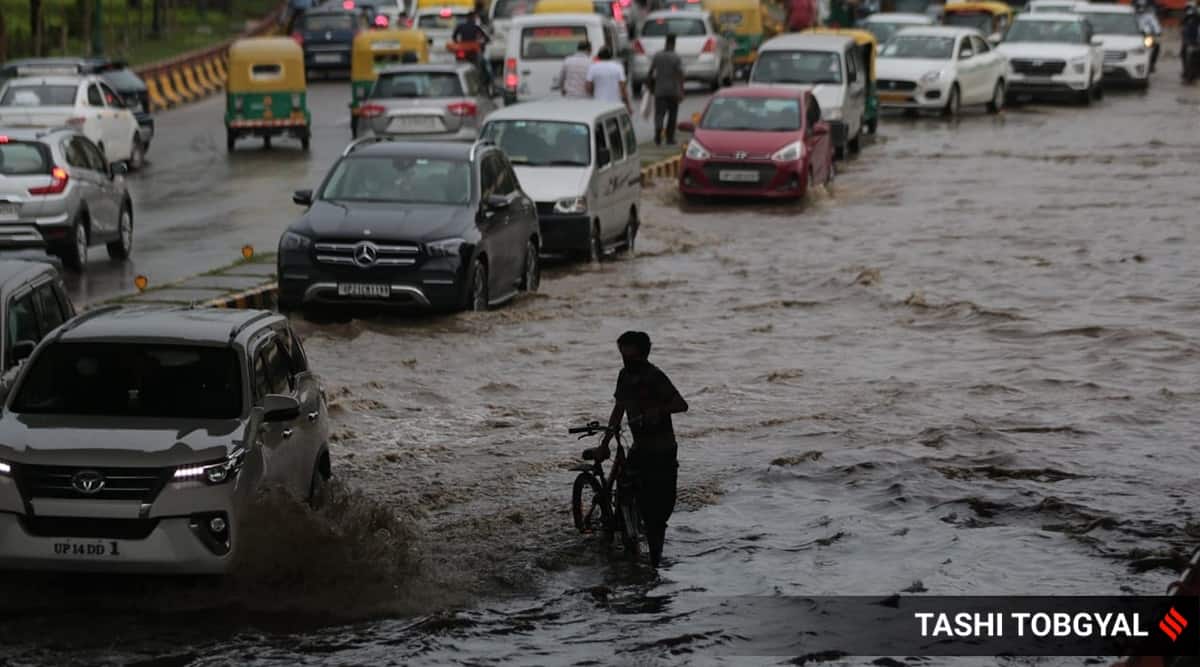 Delhi-NCR witnessed heavy rainfall Wednesday and recorded the highest single-day rainfall for September in the past 19 years. A total of 112.1 mm of rainfall was recorded at the IMD’s Safdarjung observatory — representative of the capital — between 8.30 am on Tuesday and 8.30 am on Wednesday.

The last time Delhi saw higher rainfall than this in September was in 2002: September 13 logged 126.8 mm, as per IMD data.

For the past two years, total rainfall at Safdarjung for September has been much lower than the single-day rainfall recorded between 8.30 am on August 31 and 8.30 am on September 1. In 2020, for instance, September only received 20.9 mm of rainfall, while in 2019, the entire month recorded a total of 74.1 mm at Safdarjung.

The Safdarjung station recorded 75.6 mm between 8.30 am and 11.30 am. The Palam observatory recorded the highest figure in the morning with 78.2 mm, while the Lodhi Road station registered 75.4 mm. The intensity of rainfall fell through the day, with the Safdarjung observatory logging only around 0.6 mm between 11.30 am and 2.30 pm. The IMD categorises rainfall between 64.5 mm and 115.5 mm as ‘heavy’ rainfall.

The city saw record-breaking rainfall on August 21 as well, which saw the highest single day rainfall for August in 14 years.

This monsoon, June recorded deficit rainfall, receiving only around half of the amount that is considered normal for the month. The Safdarjung station recorded only 34.8 mm against a normal of 65.5 mm.

Overall, notwithstanding the deficit in June and August, Delhi has recorded excess rainfall this season. Between June 1 and September 1, the city recorded 569.2 mm of rainfall, around 20% above the normal average of 475.6 mm for the same time frame.

Cloudy skies and moderate rainfall are on the forecast for Thursday, along with light rainfall on September 3 and 4. The IMD said in an update Wednesday that rainfall activity over Northwest India is likely to decrease from September 2.

Check dams planned across the State

Rakul Preet Singh on lockdown: It feels like such a long holiday