For several years now, there has been a growing demand from heritage conservationists to restore the structure. 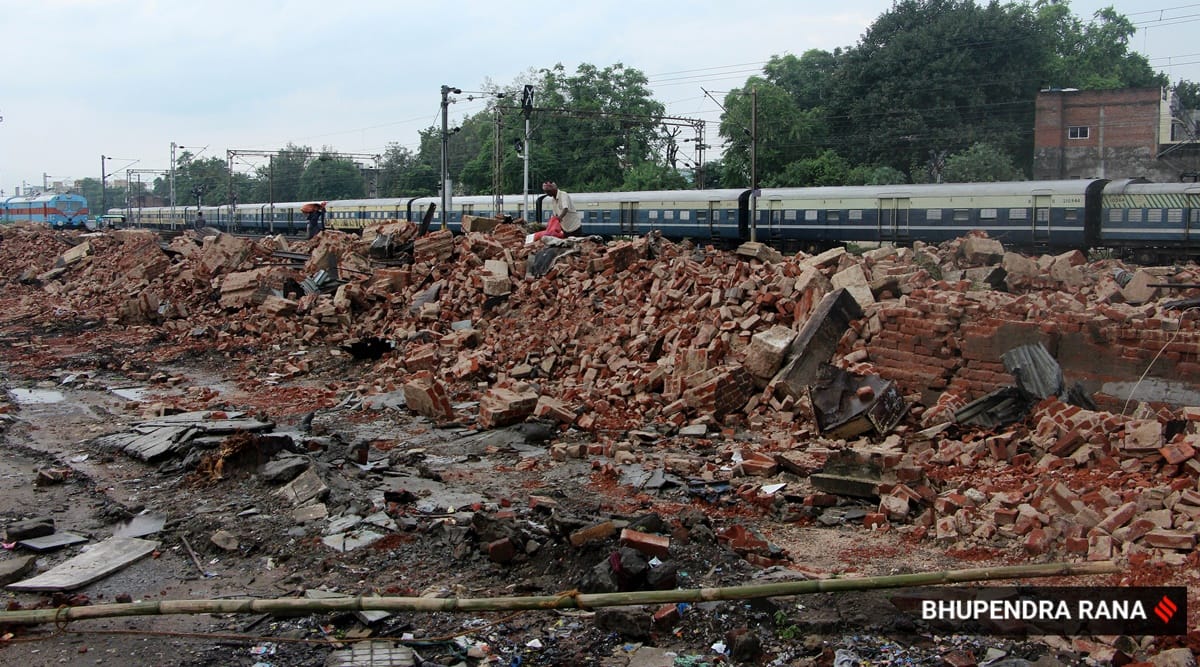 Vadodara city, which is known as the cultural capital of Gujarat, lost yet another part of its heritage on Tuesday as the red-stone railway saloon shed, situated between Platform 7 and the Pandya bridge, was demolished to make way for the under-construction Ahmedabad-Mumbai National High Speed Railway Corridor for the bullet train project.

The structure, built by Maharaja Sayajirao Gaekwad III in the 1880s, had been facing neglect and was in ruins for a while now. For several years now, there has been a growing demand from heritage conservationists for the railways and the Vadodara Municipal Corporation to act upon several recommendations to restore the structure.

On Tuesday, the structure was razed by the National High Speed Corporation Limited (NHSRCL), which has begun construction on the bullet train corridor that would pass through the place where the saloon was located.

Reacting to the demolition of the structure, the Heritage Trust of Baroda said, “The Trust deeply condemns the actions of those involved in allowing the loss of Vadodara City’s heritage by neglect. The railway saloon shed, built 1886, was an exemplary example of what royal salons were and if restored, could have carried forward the glory of erstwhile Sayajirao Gaekwad III and become an example of how the city respects its glorious history.”

It added, “The heritage of Vadodara, has, time and again, faced the axe of unwilling and disinterested authorities, who despite being given many representations have not formulated a safety plan… the authorities are shirking their duty, and it would not be long before the city of Vadodara loses its name as the ‘cultural capital’ of Gujarat.”

The Trust, of which Radhikaraje Gaekwad of the royal family is a patron, has called for an “urgent meeting with all stakeholders, including the municipal authorities, the central state agencies present in the city and all the local bodies under which or who have a stake in the heritage of the city”, to take definitive steps for saving the city’s heritage.

The structure, which had arched windows and a hipped roof covered with terracotta tiles, was made of exposed bricks and steel trusses. It originally served as the shed to house the royal broad gauge coaches owned by the erstwhile royal family of Baroda.

In 2014, members of the Gaekwad royal family had also pulled down the snow-white Nazarbaug Palace located in the Mandvi area of the city to make way for a commercial complex. Moreover, the Shanta Devi Hospital was razed and construction is now underway for another commercial complex on Jail Road.

No Varahaswamy darshan for five days from April 23