The administration is also taking over another 10.5 hectares of land nearby to give proper houses to those who are facing constant danger of landslide in the locality. 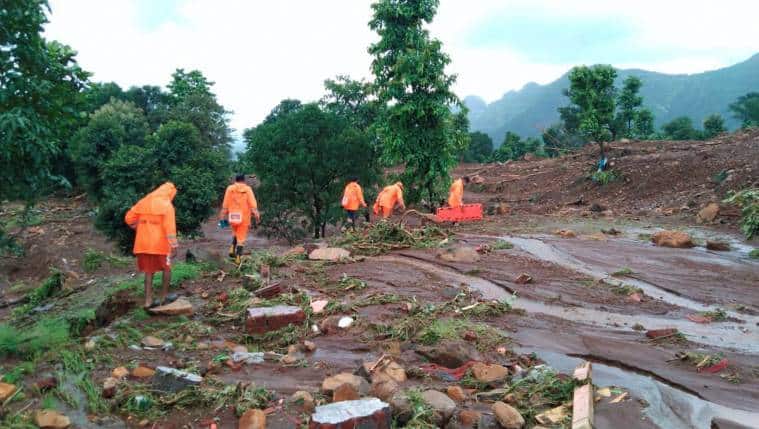 The Raigad district administration has started the process of taking over 3.36 hectares of private land to build a colony for those whose houses were damaged in a landslide in Taliye village last month.

The administration is also taking over another 10.5 hectares of land nearby to give proper houses to those who are facing constant danger of landslide in the locality.

A total of 87 people died as Kondalkarwadi in Taliye village got buried under the debris of a hillock that came sliding down due to heavy rain on July 22.

Chaudhari added that 63 families were displaced in the tragedy, and the cost of acquiring this 3.36-hectare land is Rs 55 lakh.

She said the houses of 197 families from five hamlets face the threat of landslide as four-feet wide and two-feet deep cracks have been noticed in the nearby hills. For this, a 10.5-hectare plot will be acquired at Rs 1.5 crore and houses near the hills shifted.

Officials in the district administration said, “The Maharashtra Housing and Area Development Authority (MHADA) has promised to rehabilitate the villagers of Kondalkarwadi, but there is no clarity whether the MHADA will bear the cost of rehabilitating 197 families. Guardian Minister Aditi Tatkare opined in a meeting with Housing Minister Jitendra Awhad that the MHADA should bear the cost of the houses of these 197 families.”

Pratima Pudalwad, sub-divisional officer of Mahad, said: “We have published the first notice on Friday.”

“As per the initial discussions, each tenant will get a plot of three gunthas (approximately 3,000 sq feet), while each house will be of 500 square feet. The land acquisition process takes about three months, but we are trying to complete it in a month. We have already received a verbal consent,” Pudalwad added.

Konkan Divisional Commissioner V B Patil said, “Many houses face the threat of landslides. The proposal is with the government. We are planning to visit Malin village in Pune district, which was resettled after a landslide.”

Power to Pampa to be restored soon: Minister

Government asks citizens not to use plastic national flags

Jodie Marsh moves on with Elvis impersonator, 23, after bitter split

Oreo Bhajiya is the latest fusion food on the block. Would you like a bite?