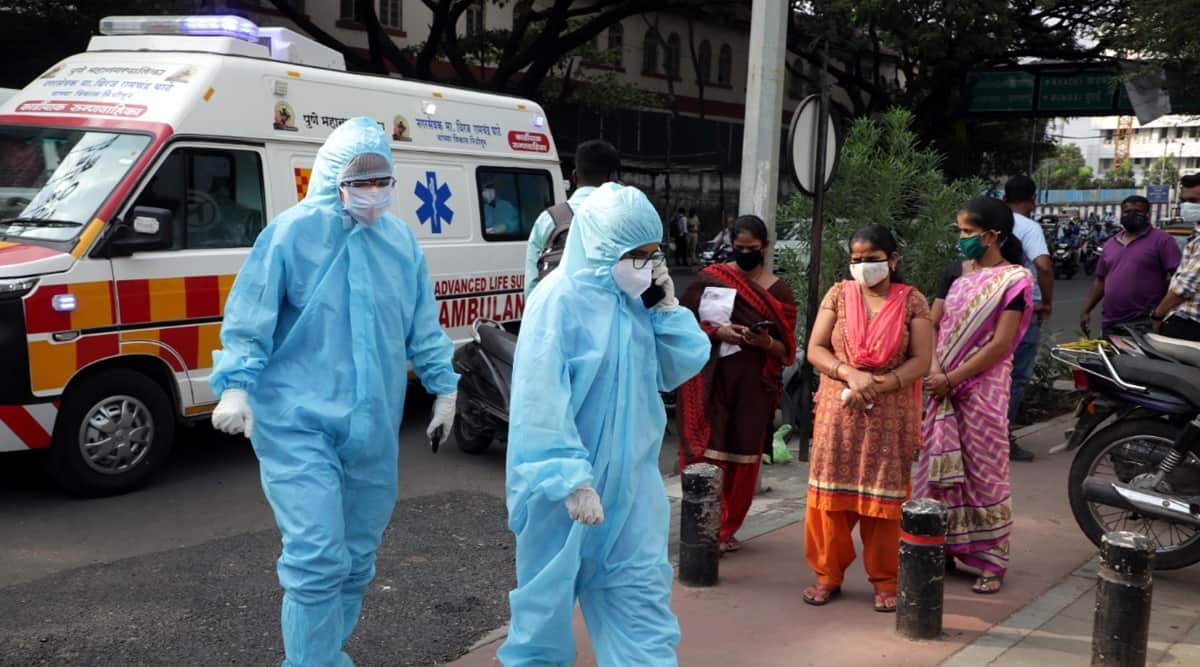 Considering that SARS-CoV-2 variants are likely to evolve, the state has taken a proactive step by identifying Pune’s B J Government Medical College as the central coordinating lab for genome sequencing. With 3,600 samples being sequenced in May this year, state authorities will soon get a clear picture related to the district-wise prevalence of the variants.

“We are actively searching for any new variant that may have emerged last month,” said a state Health department official.

Coronavirus (rNA virus) has a tendency to mutate as it makes more copies of itself. Most of the mutations are not significant but some have resulted into new SARS-CoV-2 variants leading to cluster outbreaks. Taking up genome sequencing and strengthening this surveillance is crucial now to check for virulence, said state health authorities.

The state Directorate of Medical Education and Research (DMER) has now tied up with CSIR-Institute of Integrative and Genomic Biology (IGIB) for genome sequencing of samples from across 36 districts for a period of three months.

A government resolution signed by Additional Chief Secretary Dr Pradeep Vyas has estimated that approximately Rs 1.62 crore would be required for this exercise.

With BJMC as the central coordinating laboratory, efforts are underway to ensure that a minimum of 11,000 samples are sent in these three months, Dr Murlidhar Tambe, dean of B J Medical College and Sassoon General Hospital, told The Indian Express.

The idea is to remain a step ahead of this virus, said Dr Rajesh Karyakarte, head of the department of microbiology at B J Medical College and state coordinator for genome sequencing.

It has largely been due to the efforts of researchers here that mutations in the spike protein of SARS-CoV2 virus were first identified after the outbreak in Amravati in February this year.

However, with reports indicating that the outbreak of the second wave in the state was primarily due to the B.1.617.2 variant (now termed as Delta by the World Health Organisation), Pune’s B J Medical College was soon designated as the central coordinating laboratory for genome sequencing in Maharashtra. BJMC lab is also part of the Indian SARS-CoV-2 Genomic Consortia to help with genome sequencing.

The government lab has also performed 4.37 lakh tests to detect Covid-19, of which 3.83 lakh are RT-PCR tests and 54,023 are rapid antigen tests. “The antigen tests are important for triage of patients so that they can be immediately shifted to either Covid or non-Covid ICU,” said Dr Karyakarte.

Maharashtra has till date reported over 57.61 lakh Covid-19 cases and 96,198 deaths. According to state Health department experts, the aim is now to quickly identify and detect any new variant and be on our guard against the mutants in case there is another wave that may unfold.

“Each district has its own coordinator… 100 samples of the RNA virus isolated from the Covid positive sample have to be stored in dry ice and sent to CSIR-IGIB for genome sequencing,” said Dr Karyakarte.

Dr Anurag Agarwal, director of CSIR-IGIB, said that new variants will keep coming up and a few will be important. “We are providing sequencing as a service and are part of continued genome surveillance activities,” he said.

Why Sacha Baron Cohen Cut Sarah Palin from 'Who Is America?', Plus Season 2 Update